While fans wait for the first trailer and official title of Star Wars: Episode IX — both of which might be released and announced, respectively, at the Star Wars Celebration fan event in mid-April in Chicago — a new leak has given us a sneak peek at the highly-awaited closing chapter of the Skywalker saga. The leak in question is a (blurry) poster, which features the principal cast — Rey (Daisy Ridley), Kylo Ren (Adam Driver), Finn (John Boyega), and Poe Dameron (Oscar Isaac) — and returning favourites in Chewbacca, C-3PO and BB-8, alongside some new and rumoured additions.

The authenticity of the leaked Star Wars: Episode IX poster — which comes from fan site The Geekiverse — is still in question, though some of the elements match with another leak of concept art and reference images posted to Reddit last month. The most surprising element of the Star Wars poster is the appearance of the Knights of Ren, who were introduced in 2015's trilogy-opener The Force Awakens in a vision, but never seen in the flesh. And predictably, the Skywalker lightsaber that was broken in two in 2017's middle-chapter The Last Jedi has seemingly been mended, with Rey wielding it in the poster. 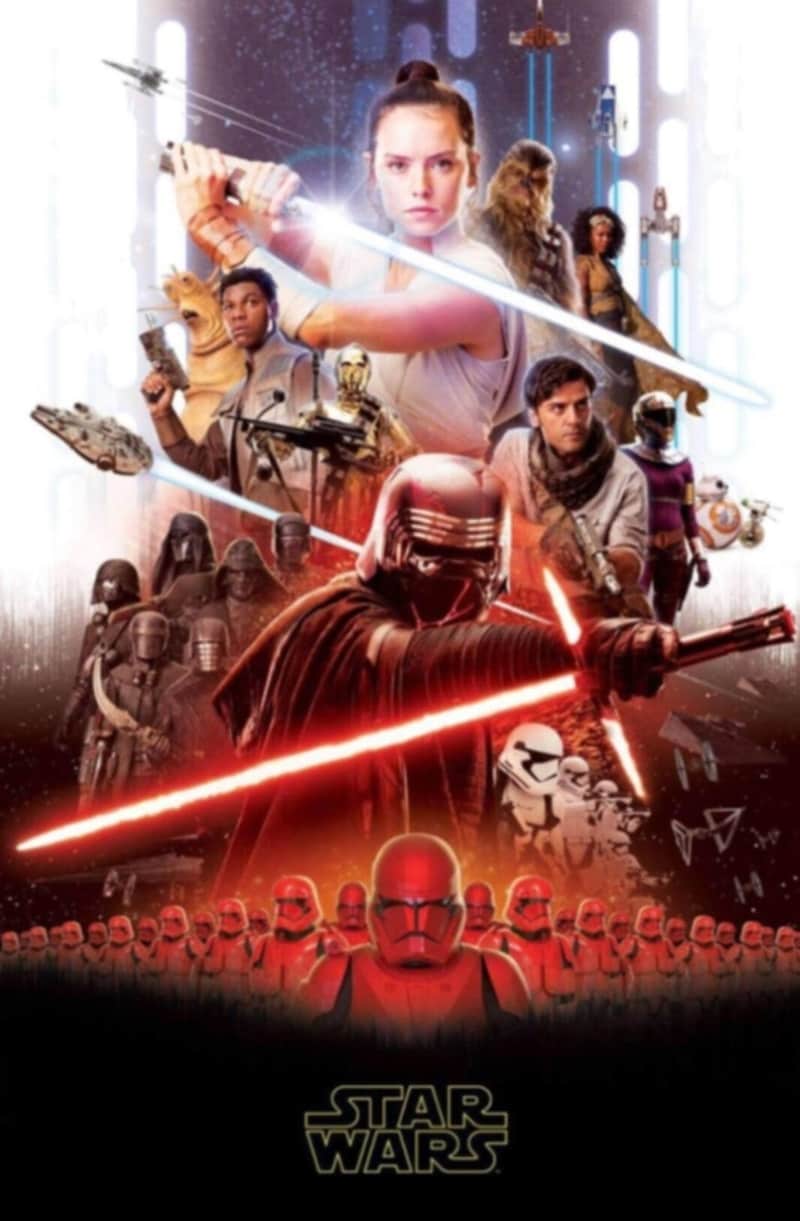 Speaking of things being mended, Kylo Ren has put his broken mask back together as well. Additionally, costume changes are involved for all of Rey, Finn and Poe, with the latter two also sporting new blasters. C-3PO has a weapon in its hands too, a big bowcaster similar to one that Chewie has used in the past. It seems the routine comic-relief character might have a more hands-on role in Star Wars: Episode IX. Meanwhile, the other known droid on the poster, BB-8, is seen with a side-kick, which is either called Dio or D.O per earlier reports.

In terms of new characters, Episode IX entrant Naomi Ackie (Lady Macbeth) is seen as Jannah, whose name was revealed as part of another leak on Reddit on Wednesday. The poster also features the other new female character Zorii, next to Poe Dameron. With a helmet on, it's impossible to tell who plays Zorii, though most speculation is pointing towards Keri Russell (The Americans), the other new woman in Episode IX.