Star Wars: The Rise of Skywalker — How Luke & Leia Play a Part, Knights of Ren, New Characters, and More

It will conclude ‘the millennia-long conflict between the Jedi Order and the Sith’.

Daisy Ridley as Rey, Carrie Fisher as Leia Organa in Star Wars: The Rise of Skywalker

Thanks to a new behind-the-scenes article published Wednesday, we now know have more details on the upcoming Star Wars: The Rise of Skywalker, including confirmation of the fact that it will be set about a year after the events of The Last Jedi. It reveals the first look of Mark Hamill's return as Luke Skywalker, and that the Force connection between Rey (Daisy Ridley) and Kylo Ren (Adam Driver) will “run even deeper than we thought”. Meanwhile, we have names and allegiance for Keri Russell and Richard E. Grant's characters. Russell is playing a “masked scoundrel” called Zorri Bliss, while Grant is with the First Order as Allegiant General Pryde, who will be working alongside General Hux (Domhnall Gleeson).

Beyond that, Star Wars: The Rise of Skywalker will also introduce at least two new locales: the desert planet Pasaana “on the edge of the galaxy”, which is home to a new alien race called the Aki-Aki and horse-like creatures Orbaks, and the “snow-dusted” Kijimi, where we will first meet Zorri Bliss in the shadowy Thieves' Quarter. Judging by the accompanying photos, it seems that Rey and Kylo Ren will have a lightsaber duel on Kijimi as well. Moreover, the Knights of Ren will finally arrive in the closing chapter of the Skywalker saga, after their original appearance in Rey's vision in The Force Awakens. The Rise of Skywalker will also detail the origins of the First Order.

Speaking of the dark side, The Rise of Skywalker will also conclude “the millennia-long conflict between the Jedi Order and the Sith”. We expect Ian McDiarmid's Emperor Palpatine, who made a surprise appearance in the first trailer and at Star Wars Celebration, to play a part in that. All these details are courtesy of Vanity Fair's in-depth piece, which also reveals that C-3PO (Anthony Daniels) will do something in The Rise of Skywalker that “surprises everybody”. The American magazine spoke to several members of the cast and director J.J. Abrams, with the latter going further into how Carrie Fisher's Leia Organa plays a part in The Rise of Skywalker. 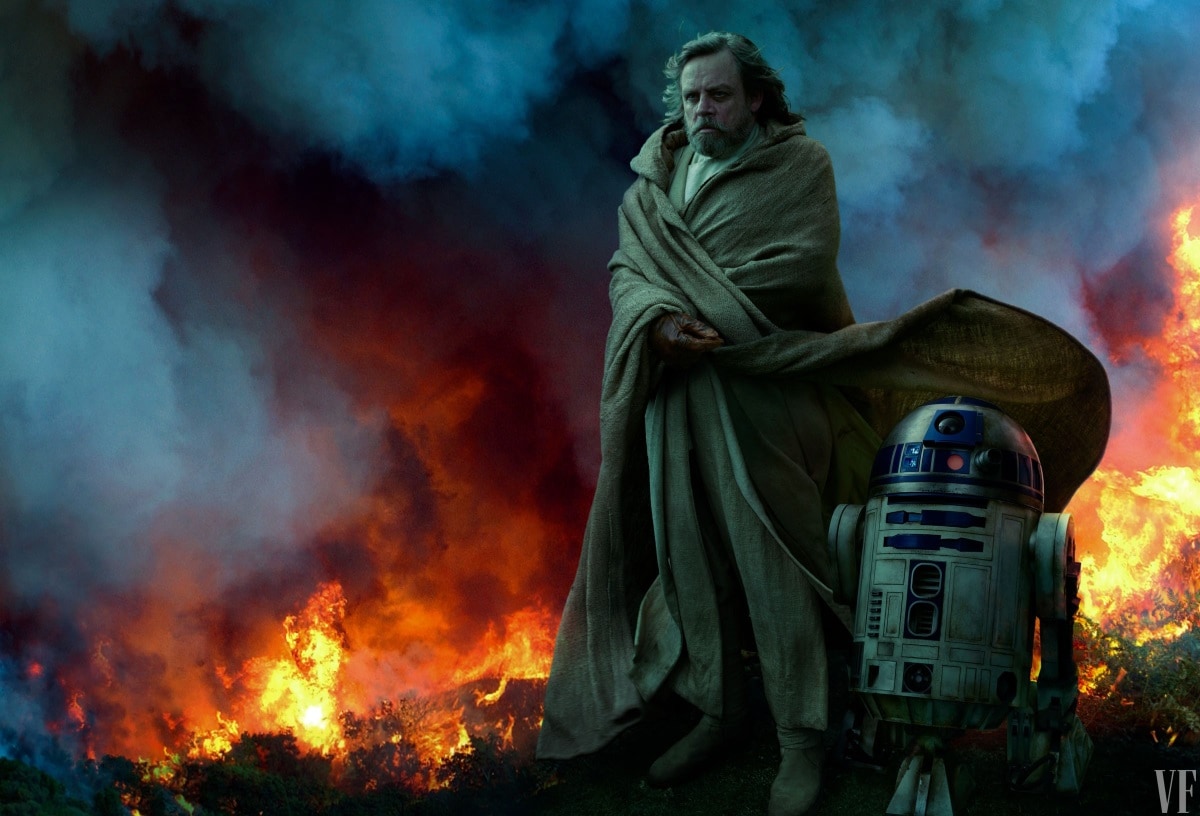 Abrams revealed that he wrote new scenes around the unused footage from The Force Awakens and The Last Jedi, “fitting Leia's dialogue into new contexts”. Initially, he “deliberately” wrote Billie Lourd — Fisher's daughter who plays a Resistance officer — out of Leia's scenes “in case it was too painful”, but Lourd said she wanted to be in them. “And so, there are moments where they're talking; there are moments where they're touching,” Abrams told Vanity Fair. “There are moments in this movie where Carrie is there, and I really do feel there is an element of the uncanny, spiritual, you know, classic Carrie, that it would have happened this way, because somehow it worked. And I never thought it would.”

The writer-director also touched upon his approach to The Rise of Skywalker in contrast to The Force Awakens, and why he made different technical and narrative choices: “On [Episode] VII, I felt beholden to Star Wars in a way that was interesting—I was doing what to the best of my ability I felt Star Wars should be. [IX] felt slightly more renegade; it felt slightly more like, you know, f--k it, I'm going to do the thing that feels right because it does, not because it adheres to something.”

The Rise of Skywalker will not only conclude the ongoing Star Wars sequel trilogy, but it also brings an end to the nine-episode story that began over four decades ago with the original Star Wars. From that perspective, it's the last film in a trilogy of trilogies, no matter how badly some fans wish to forget the prequels.

“This trilogy is about this young generation, this new generation, having to deal with all the debt that has come before,” Abrams said. “And it's the sins of the father, and it's the wisdom and the accomplishments of those who did great things, but it's also those who committed atrocities, and the idea that this group is up against this unspeakable evil and are they prepared? Are they ready? What have they learned from before? It's less about grandeur. It's less about restoring an old age. It's more about preserving a sense of freedom and not being one of the oppressed.”

Star Wars: The Rise of Skywalker is out December 20 worldwide.

Further reading: Star Wars, Star Wars Episode 9, Star Wars Episode IX, The Rise of Skywalker, Star Wars The Rise of Skywalker, Lucasfilm, Disney
Akhil Arora Email Akhil
Akhil Arora covers entertainment for Gadgets 360, interviewing stars such as Christian Bale and Anurag Kashyap, covering series premieres, product and service launches across the globe, and looking at American blockbusters and Indian dramas from a global socio-political and feminist perspective. As a Rotten Tomatoes-certified film critic, Akhil has reviewed over 150 movies and TV shows in over half a decade at Gadgets 360. When he is not completely caught up with new film and TV releases, Akhil ...More
Google Search Gets a New Look on Mobile Devices