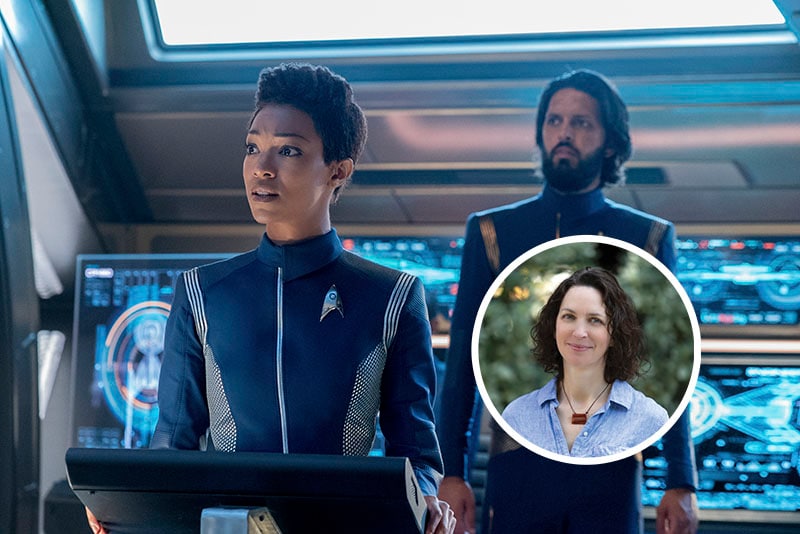 Star Trek: Discovery has been renewed for a third season, its American producer and distributor CBS All Access announced Wednesday. (Discovery airs on Netflix in India and most parts of the world.) The Stark Trek show is also adding Michelle Paradise — a new writer on season 2 for some upcoming episodes — as co-showrunner alongside co-creator Alex Kurtzman, who oversees everything Trek TV at CBS Studios. Paradise is the fifth person to be placed in that role on Star Trek: Discovery, after co-creator Bryan Fuller, Aaron Harberts, Gretchen Berg, and Kurtzman. The renewal announcement comes six episodes into the second season, as was the case last time around.

“Michelle joined us midway through season two and energised the room with her ferocious knowledge of Trek,” Kurtzman said in a prepared statement. “Her grasp of character and story detail, her drive and her focus have already become essential in ensuring the Trek legacy, and her fresh perspective always keeps us looking forward. I'm proud to say Michelle and I are officially running Star Trek: Discovery together.”

Before joining Discovery season 2 as co-executive producer and writer, Paradise served in the same capacity on The Originals. She created, wrote and starred in the MTV/Logo series Exes & Ohs from 2007-11, and has penned episodes for CW's Hart of Dixie and Audience's Rogue.

Discovery's original showrunner, Fuller, left during production on the first season, after disagreements with CBS over the show's direction and other commitments. Harberts and Berg served in that capacity on all of season one and during production on the second season but were fired over budgetary concerns and alleged abusive behaviour with writers. Kurtzman then replaced them and signed a five-year deal to become the chief of Trek TV.

“The massive success of Star Trek: Discovery's second season launch exceeded our expectations in both driving subscriber growth and generating a phenomenal response from Star Trek fans,” Julie McNamara, executive VP of original content at CBS All Access, said. “With Alex Kurtzman and Michelle Paradise at the helm, we look forward to continuing Star Trek: Discovery's journey, growing the Star Trek franchise on CBS All Access and bringing fans new Star Trek stories for many years to come.”

As part of “growing the Star Trek franchise”, CBS All Access has a Discovery spin-off show centred on Crazy Rich Asians star Michelle Yeoh's Captain Phillippa Georgiou — the Mirror Universe version, in fact, who was the ruler of the Terran Empire, before she's pulled into the other universe by Discovery's protagonist, Michael Burnham (Sonequa Martin-Green). Yeoh has a recurring role on Discovery season 2. Then there's Patrick Stewart's return as Captain Jean-Luc Picard later this year, and the animated series Star Trek: Lower Decks in development from Rick and Morty head writer Mike McMahan.

CBS All Access reportedly has other Trek series in the works too beyond the ones it has confirmed, including a younger-skewing Starfleet Academy series from Stephanie Savage and Josh Schwartz (Gossip Girl, Marvel's Runaways), and a limited series based on the Wrath of Khan story. There's also the series of mini-episodes, Star Trek: Short Treks, which has aired four episodes till date with two more planned.