It’s a world of Stories, and we just live in it.

Spotify Clips on a Spotify playlist

Spotify is jumping on the “Stories” bandwagon with Spotify Clips. At its online-only Stream On event on Monday, Spotify announced Spotify Clips — à la Snapchat and Instagram Stories — that will be available on Spotify playlists, and will allow artists to connect with fans in a new way. The ever-expanding rollout of “Stories” (an ephemeral way to share photos and videos, usually for 24 hours) across platforms has become a bit of running joke — it's even available on LinkedIn (why?) — and it's only natural / inevitable that Spotify would want to get into “Stories” as well. Spotify Clips is currently in testing.

Of course, unlike other platforms, Spotify Clips will behave very differently — it won't be available to everyone for one. Listeners, people like you and me, won't get to share their own “Stories”. Instead, only select playlists will be able to feature artists' photos and videos on Spotify Clips. There's no clarity how artists will submit their content to Spotify Clips, but Spotify notes that the feature won't be available via Spotify for Artists, as creators might have expected. 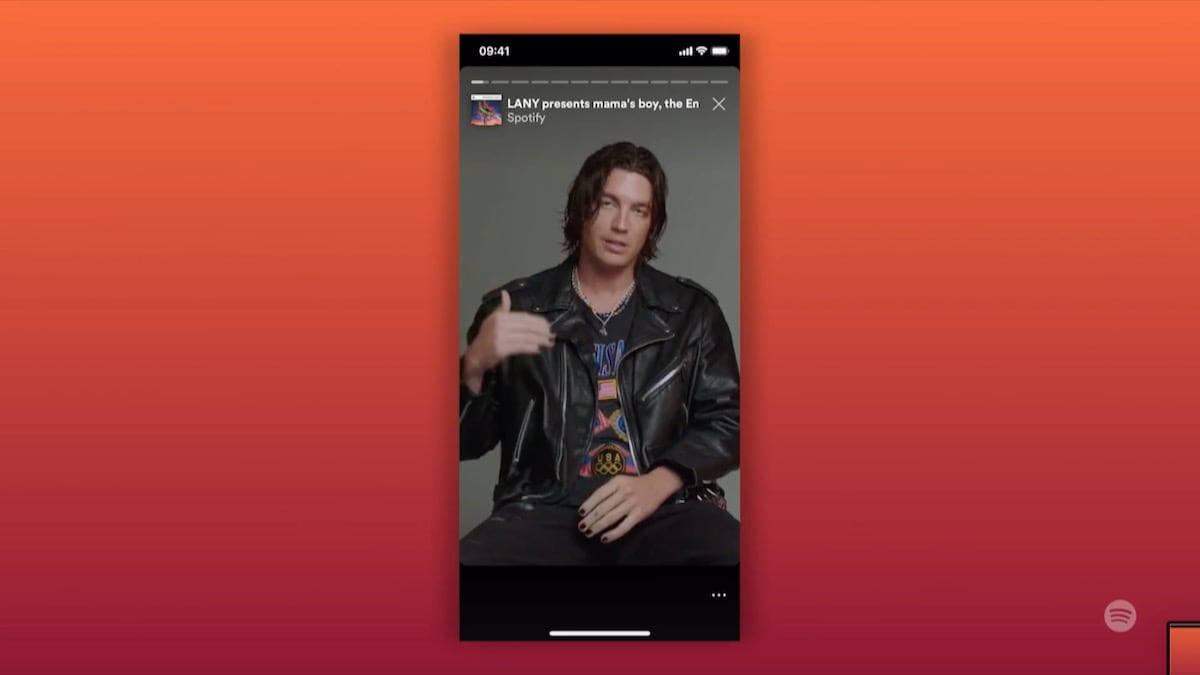 This is what Spotify Clips will look like
Photo Credit: Spotify

“Stories” have been essentially to growing platforms' daily active users, with Instagram revealing in 2019 that 500 million users check out Instagram Stories every day. This raises an interesting point: why would fans not just keep up with their favourite artists on Instagram, where they already are, instead of opening another app? Maybe if there's exclusive content. Spotify will hope that artists do that — driving people to come to Spotify Clips, and stay afterwards to play some songs off the playlists that have Spotify Clips.

Spotify now has more than 345 million monthly active users and over 155 million paid subscribers around the world, the Sweden-headquartered music giant announced earlier in February.

Update (23/02 12pm): Spotify told Gadgets 360 that Spotify Clips would not be available on Spotify for Artists, and will instead only be found on select playlists — the cover image, for instance, looks like an album but it's actually a playlist, Spotify said.