Sonu Nigam’s Online Concert Gets Over 1.6 Million Views in an Hour as Coronavirus Lockdown Widens

Nigam says it was the biggest concert of his life in terms of audience strength. 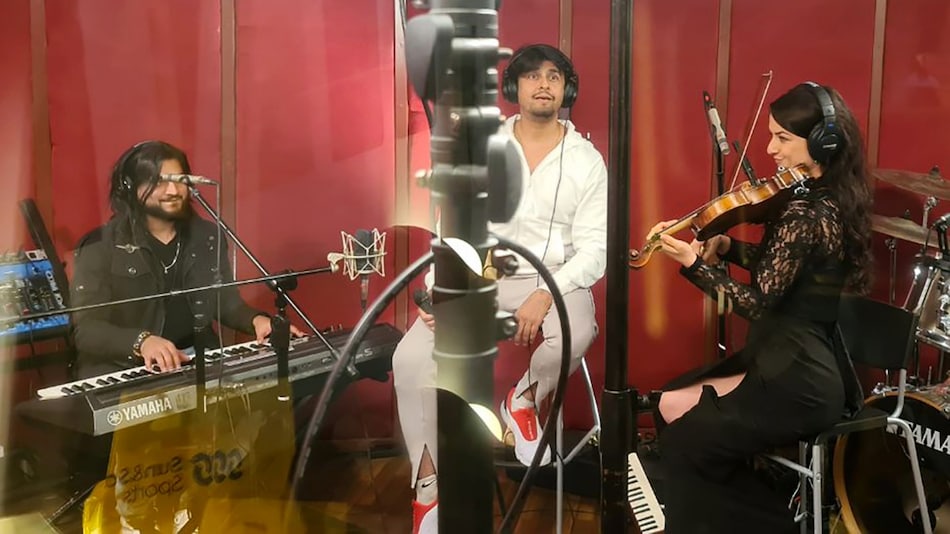 The Bollywood singer streamed the concert via his official YouTube channel

As people across the world go into lockdown due to the coronavirus epidemic, the number of users flocking to content streaming platforms and gaming services has witnessed a massive surge. While self isolation and social distancing becomes the norm, renowned Indian singer Sonu Nigam set a new personal record with his online concert that he says garnered over 1.6 million views across social media within an hour. Notably, Nigam said this was the biggest concert ever for the Bollywood crooner in terms of audience strength. He live streamed his performance via his official YouTube channel on Sunday, March 22, during the Janata Curfew in India.

Nigam took to Instagram to express his gratitude and revealed that his live concert from Dubai was the biggest concert of his life. The vocalist performed a medley of his hit songs and was joined by Russian violist Anna, synthesist Adeel, and his own son. “Glad that millions of people forgot the sadness brought to them by nature and felt a zest of positivity”, Nigam was quoted as saying. Thanks to the success of his online concert, the hashtag #SonuGoesLive was trending on social media as well.

Unfortunately, the live stream of Nigam's online concert is not available from his official YouTube channel, but it can be viewed on YouTube courtesy of other channels that have uploaded recordings of his performance. Nigam has also shared a video of him rehearsing for his online concert on Instagram. Aside from thanking his fans and followers, the elated singer and part-time actor praised the fresh 21-day nationwide lockdown imposed by the Indian government and urged people to respect it.

Nigam is not the only celebrity to leverage social media in these times of crisis to perform and lift the spirits of people locked in their houses to curb the spread of coronavirus. John Legend, Keith Urban, Rob Thomas, James Blake, Garth Brooks, and Trisha Yearwood are among the other famous names that are performing online for fans on YouTube, Facebook, and Instagram as live concerts become too big of a risk. Here's the Instagram post from Saturday inviting people to view his concert:

Music can bring a smile on one's face in such testing times. Thought of doing a digital show in support of all the people who have bravely stood against this pandemic and have been home-bound because every Life Is Valuable on Earth. #sonugoeslive