Out in March in Indian cinemas, and on Disney+ Premier Access. 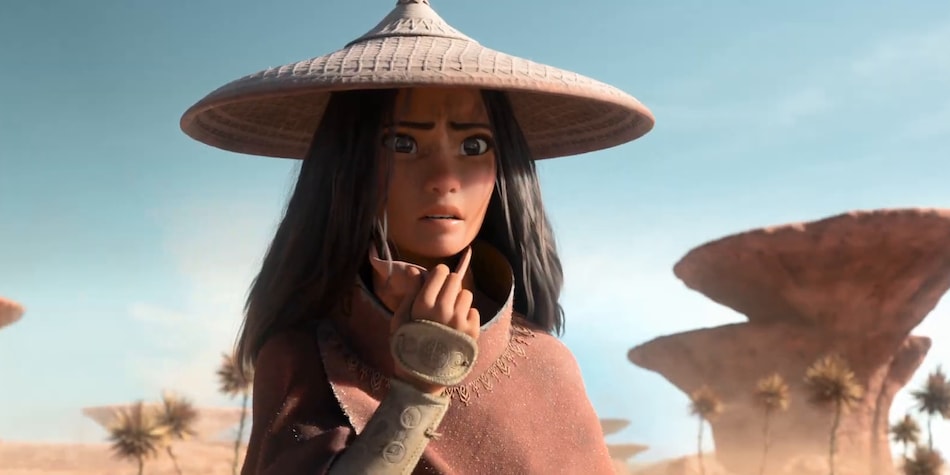 Raya in Raya and the Last Dragon trailer

Raya and the Last Dragon got a new 30-second trailer at the 2021 Super Bowl, less than two weeks on from the full-length trailer. That's because, well, Super Bowl attracts a lot of eyeballs — and the Disney animated film is out in less than a month after all. Raya and the Last Dragon is coming to theatres globally, including India, and will also be available on Disney+ Premier Access in select markets on the same day. The premium video on demand tier doesn't exist on Disney+ Hotstar, so it will only be in cinemas here.

“How did this world get so broken?” Raya (voiced by Kelly Marie Tran) asks at the beginning of the new Raya and the Last Dragon trailer. Her father Benja (Daniel Dae Kim) answers: “I believe that we can be unified again. But someone has to take the first step.” Naturally, that's our protagonist Raya, along with her trusty steed and best friend Tuk Tuk (Alan Tudyk). Tuk Tuk can literally roll, though I'm not sure how Raya manages to stop on top of him and not get rolled over.

That is part of the new footage in Raya and the Last Dragon's Super Bowl spot, that also includes another look at the fight between Raya and her nemesis Namaari (Gemma Chan), and the humour that will be offered by the other title character, the water dragon Sisu (Awkwafina).

Here's the official synopsis for Raya and the Last Dragon, from Disney:

Raya and the Last Dragon takes us on an exciting, epic journey to the fantasy world of Kumandra, where humans and dragons lived together long ago in harmony. But when an evil force threatened the land, the dragons sacrificed themselves to save humanity. Now, 500 years later, that same evil has returned and it's up to a lone warrior, Raya, to track down the legendary last dragon to restore the fractured land and its divided people. However, along her journey, she'll learn that it'll take more than a dragon to save the world—it's going to take trust and teamwork as well.

Samsung Galaxy F62 With Exynos 9825 SoC to Launch in India on February 15
iPhone 12 mini Production May Be Discontinued Due to Weak Demand: JP Morgan