Barry Levinson is directing Sheela, which might release on Prime Video in India. 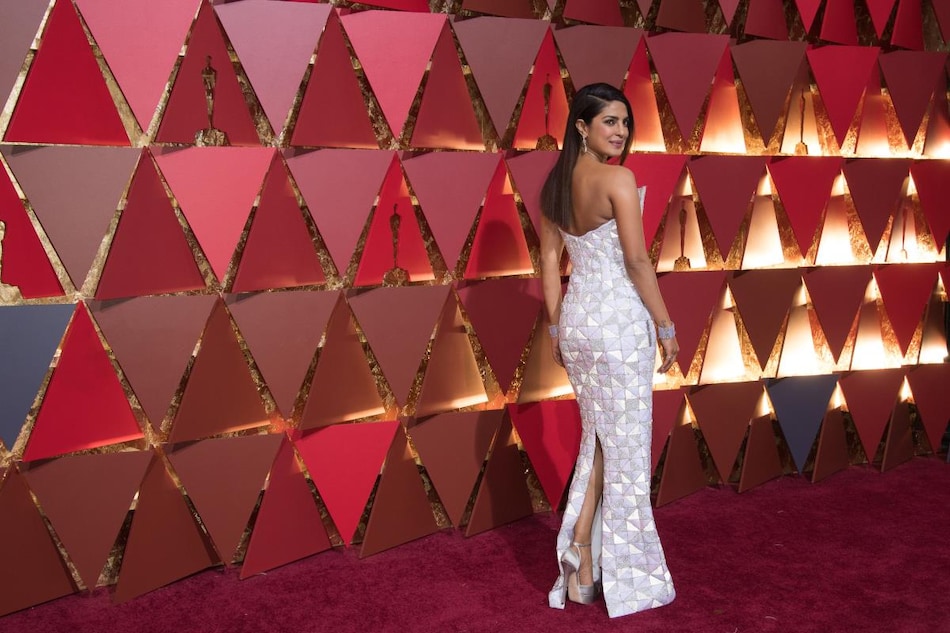 Priyanka Chopra at the 2017 Oscars

Priyanka Chopra Jonas will play Ma Anand Sheela, the former personal secretary of Bhagwan Shree Rajneesh / Osho, who was sentenced to 20 years — but paroled after 39 months — for her role in the 1984 Rajneeshee bioterror attack, in a movie for Amazon Studios that is simply called Sheela. (It will likely be available on Prime Video in India, though that hasn't always been the case in the past.) Oscar-winner Barry Levinson (Rain Man) is set to direct Sheela, off a script by newcomer Nick Yarborough. Chopra will also produce Sheela through her Purple Pebble America banner, in addition to Levinson via his Baltimore Pictures along with Jason Sosnoff, and David Permut of Permut Presentations.

Deadline is behind the new report on Sheela, and Chopra Jonas, Levinson, and Yarborough's involvement with the project. Amazon Studios did not offer comment. Sheela's existence likely stems from the success of the 2018 Netflix docu-series Wild Wild Country, in which Sheela was a prominent subject and interviewee. She used the stage to justify their actions, deflect blame, fuel conspiracy theories, and talk about her close connection to Rajneesh himself. The Amazon film is in fact the second project owing to her renewed infamy. Netflix has announced a documentary, produced by Karan Johar, that follows Sheela on her first trip to India in three decades.

Chopra Jonas is best known for her roles in the 2015 epic historical romance Bajirao Mastani, the 2014 boxing drama Mary Kom, the 2012 comedy-drama Barfi!, and the 2008 drama Fashion. This is the third association for Chopra and Amazon, after the unscripted series about the Indian wedding tradition of “sangeet” that she will executive produce with her singer-actor husband Nick Jonas, and her lead role in Citadel, the “global event multi-series” that will be executive produced and partly directed by the Russo brothers (Avengers: Endgame). Her upcoming projects also include The Matrix 4, and with Netflix, the Robert Rodriguez movie We Can Be Heroes, and the Ramin Bahrani-directed The White Tiger.

Levinson won the Oscar for best director for the 1988 Tom Cruise, Dustin Hoffman-starrer Rain Man, and the Golden Globe for best picture for the 1991 mobster Bugsy Siegel biopic Bugsy. Some of his other films, which he wrote or directed — the 1979 Al Pacino-starrer courtroom drama ...And Justice for All., the 1982 directorial debut Diner and the 1990 drama Avalon that are part of Levinson's semi-autobiographical tetralogy, and the 1997 black comedy satire Wag the Dog — have been nominated at the Oscars and Golden Globes. Lately, he's been more involved in series and movies for TV, including Robert De Niro-starrer The Wizard of Lies and Pacino-starrer Paterno.

Yarborough's only other publicly-known project is an in-the-works prequel to Training Day.