‘A big man with an even bigger heart.’

Peter Mayhew, best known for playing Chewbacca in the Star Wars franchise, died aged 74 on Tuesday from a heart attack at his home in Texas, his family announced on Twitter Thursday. His height, 7 feet 3 inches, naturally played a part in him bagging the role. Mayhew played the Wookiee in five Star Wars films, including the whole of the original trilogy from 1977-83, Episode III – Revenge of the Sith in 2005, and Episode VII – The Force Awakens in 2015, in addition to the 1978 Star Wars Holiday Special. Mayhew also consulted on The Last Jedi and worked with his successor, Joonas Suotamo.

Though the character had no actual dialogue — his growls, snarls, and roars were made by sound designer Ben Burtt — Chewbacca went on to become a fan favourite for what he brought to the dynamic, serving as Han Solo's first mate and co-pilot of the Millennium Falcon. In their statement, the Mayhew family said Peter put “his heart and soul into the role of Chewbacca and it showed in every frame of the films from his knock-kneed running, firing his bowcaster from the hip, his bright blue eyes, down to each subtle movement of his head and mouth.”

Mayhew's health had declined in recent years, and he required spinal surgery last year. On The Force Awakens, he shared the role of Chewbacca with Suotamo, who then took over for The Last Jedi in 2017, and Solo: A Star Wars Story in 2018. The character lives on and will be next seen in Star Wars: Episode IX – The Rise of Skywalker in December.

“Peter Mayhew was a kind and gentle man, possessed of great dignity and noble character,” Harrison Ford, who played Han Solo alongside Mayhew, said in a statement. “These aspects of his own personality, plus his wit and grace, he brought to Chewbacca. We were partners in film and friends in life for over 30 years and I loved him. He invested his soul in the character and brought great pleasure to the Star Wars audience. 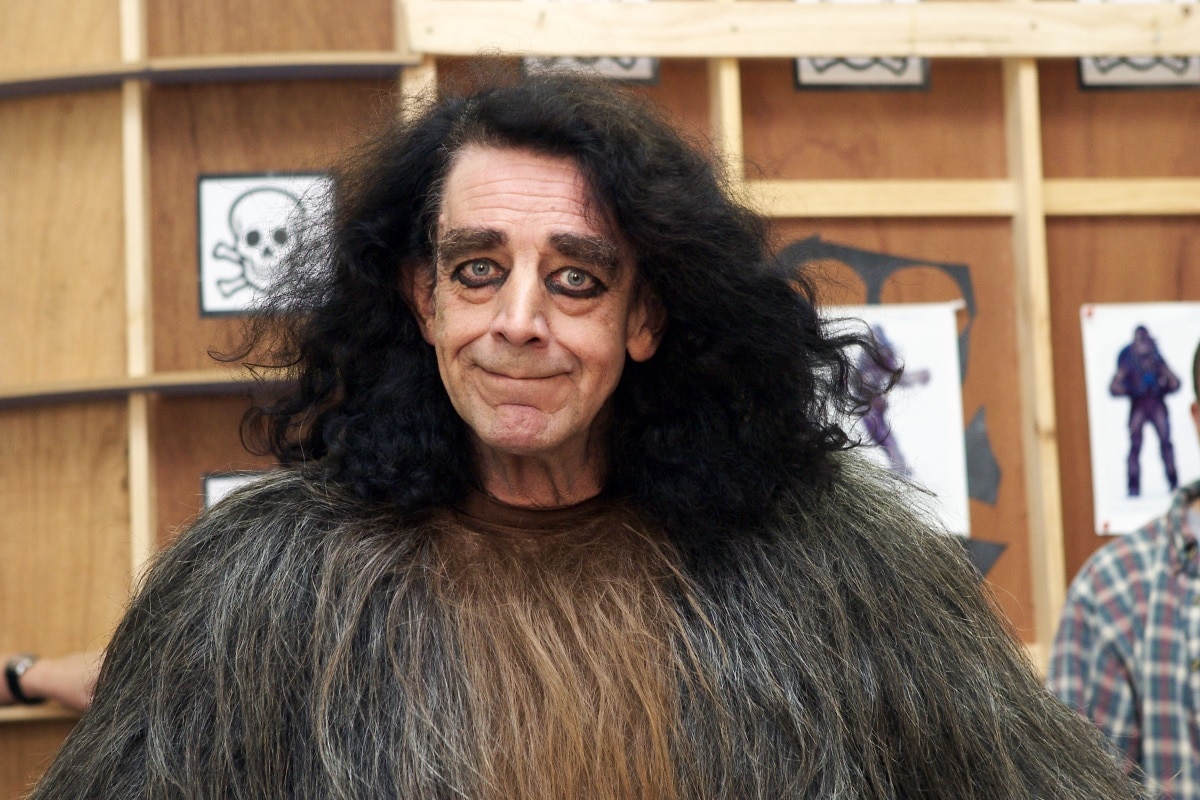 “Chewbacca was an important part of the success of the films we made together. He knew how important the fans of the franchise were to its continued success and he was devoted to them. I and millions of others will never forget Peter and what he gave us all. My thoughts are with his dear wife Angie and his children. Rest easy, my dear friend."

“He was the gentlest of giants,” Mark Hamill, who played Luke Skywalker, said on Twitter. “A big man with an even bigger heart who never failed to make me smile and a loyal friend who I loved dearly. I'm grateful for the memories we shared and I'm a better man for just having known him. Thanks Pete.”

“The [Walt Disney Company] mourns the loss of our beloved Chewbacca portrayer, Peter Mayhew,” Disney CEO Bob Iger said on Twitter. “Peter was larger than life in so many ways...a gentle giant playing a gentle giant. Rest in peace.”

“Peter was the loveliest man,” J.J. Abrams, director of The Force Awakens, said in a handwritten note posted to Twitter. “Kind and patient, supportive and encouraging. A sweetheart to work with and already deeply missed.”

“Much more than Chewie to me,” Billy Dee Williams, who played Lando Calrissian, said on Twitter. “My heart hurts. I will miss you my dear friend. Thanks for the great memories!”

“RIP Peter Mayhew,” Rian Johnson, director of The Last Jedi, said on Twitter. “To create a beloved character with warmth and humour is a testament to any actor's spirit. To do it under a half ton of yak hair takes a true legend.”

The Mayhew family will hold a funeral on June 29, and there will a memorial for fans at the fan event Empire Con LA in Los Angeles in early December.

He is survived by his wife, Angie Mayhew, and their three children.

Further reading: Peter Mayhew, Chewbacca, Star Wars, The Force Awakens, The Last Jedi, Harrison Ford, Mark Hamill, Bob Iger, JJ Abrams, Rian Johnson
Akhil Arora Email Akhil Akhil Arora covers entertainment for Gadgets 360, interviewing stars such as Christian Bale and Anurag Kashyap, covering series premieres, product and service launches across the globe, and looking at American blockbusters and Indian dramas from a global socio-political and feminist perspective. As a Rotten Tomatoes-certified film critic, Akhil has reviewed over 150 movies and TV shows in over half a decade at Gadgets 360. When he is not completely caught up with new film and TV releases, Akhil ...More
Asus ZenFone 6 Teased With Bezel-Less, Notch-Less Display Design Ahead of May 16 Launch