Pandora has 80 million monthly users but recently announced layoffs amid unease over its model of online radio stations, which most listeners access for free.

The California company said it would begin Wednesday to roll out Pandora Premium, which will still include its signature stations but also allow subscribers to pick individual songs.

A key feature will be called "My Thumbs Up," which will save listeners' song selections and automatically generate playlists based on their tastes.

Like Spotify and Apple Music, Pandora Premium will cost $9.99 (roughly Rs. 660) per month and allow subscribers to save music to play when they are offline.

"With Premium, we're leveraging our immense trove of data and everything we've learned about personalisation to offer a listening experience that sets a new standard for what a music service should be," Tim Westergren, who cofounded Pandora in 2000 and has returned as its CEO, said in a statement. 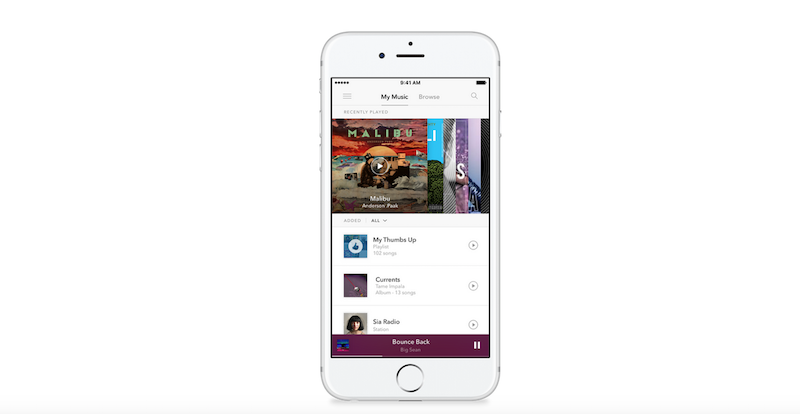 The on-demand service had long been expected, as the company announced plans for it in September when it rolled out another subscription tier, Pandora Plus.

Pandora's latest announcement comes days after Spotify said it had 50 million paying subscribers worldwide, extending its lead even as its rate of growth matures.

Spotify has more than 100 million monthly users when including its advertising-backed free tier.

On-demand streaming has rapidly transformed the music industry, with the number of subscriptions in the United States more than doubling in 2016 alone.

Recent entrants into the market include retail giant Amazon, which has sought to undercut competitors by streaming for $7.99 a month to regular customers.

Pandora - which in 2015 bought struggling on-demand service Rdio-- has been impeded from global growth due to complex rules internationally for radio stations.

It is available only in the United States, Australia and New Zealand.

Further reading: Pandora, Pandora Premium, Music Streaming, Streaming, Music, Apps, Entertainment, Internet
These Indian Companies Want to Be Sodexo Coupons for the Smartphone Generation
How to Stream Videos and Mirror Screen From iPhone or iPad to a Chromecast