And it’s also an original movie with not-so-great reviews. 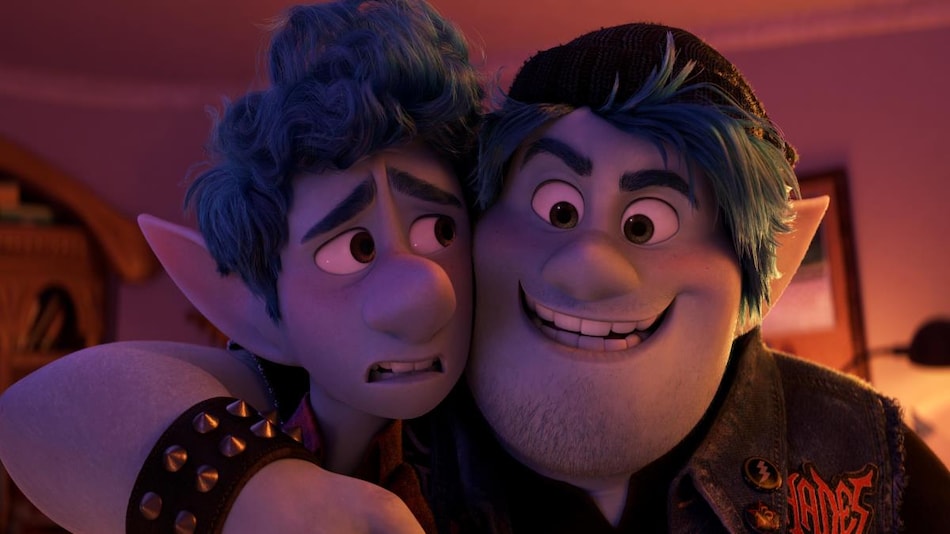 Onward — the newest animated kids' movie from Disney-owned Pixar — brought in just $68 million (about Rs. 503 crores) at the worldwide box office in its opening weekend, falling short of expectations. Some analysts are attributing the drop to concerns around the ongoing coronavirus outbreak, though others have noted that health concerns haven't impacted other movies at the box office. Territories affected by the virus include China, South Korea, and Japan, where most theatres are shut and Onward didn't release. There was also some impact in France and the UK, though other European markets delivered as expected.

Onward has mixed reviews of sort — a 86 “fresh” score on Rotten Tomatoes with an average rating of 7.11/10, and a “generally favourable” 61 score on Metacritic. It also had the disadvantage of being an original movie, rather than a sequel to an established property.

Of its estimated $68 million opening haul, Onward — featuring the voices of Chris Pratt, Tom Holland, Julia Louis-Dreyfus, and Octavia Spencer in the lead — garnered $40 million (about Rs. 296 crores) in the US and Canada, with the remaining $28 million (about Rs. 207 crores) coming in from 47 markets across the world. Amongst the latter, the biggest contributors are the UK ($4.4 million), France ($3.3 million), Mexico ($3.0 million), Russia ($2.1 million), Spain ($1.9 million), Germany ($1.9 million), and Brazil ($1.1 million). Gadgets 360 has reached out to Disney India for Onward's box office performance in the country. We will update if we hear back.

For what it's worth, the 47 markets make up just over 60 percent of everything outside Onward's home markets. The Pixar movie still has many more to come, including Australia (April 2), Turkey (April 3), New Zealand (April 9), South Korea (April 15), Italy (April 16), Japan (mid-April), and Hong Kong (April 23). A release date has yet to be set for China. Onward has been banned in Kuwait, Oman, Qatar, and Saudi Arabia due to a throwaway lesbian reference.

Elsewhere, Sonic the Hedgehog — the hybrid live-action, animated adaptation of the eponymous video game character — brought in an estimated $20 million (about Rs. 148 crores) over the weekend globally. It now stands at just over $295 million (about Rs. 2,182 crores).