Netflix Kids Profiles Redesigned With an Emphasis on Characters

A new ‘My Favourites’ section will greet all kids.

Netflix is redesigning Kids profiles to make them more character-driven and further enrich discovery, the world's biggest subscription-based video streaming service announced Tuesday. As you can see in the cover photo above, the highlighted Netflix Kids titles — dubbed “My Favourites” — are accompanied by a character from the series or movie in question. For those worried about Netflix using the new tray to promote its original offerings, Netflix says though the My Favourites section will be personalised like all others, it won't be used to make recommendations.

That means titles will be only drawn from your viewing history. Your kid must watch a TV show or movie at least once before it ends up in My Favourites — the tray will be stuck to the top of each profile, it seems, so it will be the first thing a kid sees when they log into their Netflix profile. This separates the Netflix Kids profiles from their adult counterparts, which looked the same until today.

The new Netflix Kids redesign is rolling out Tuesday on living room and TV devices worldwide. Netflix will begin testing the character-driven UI next on tablets and smartphones in the coming months. 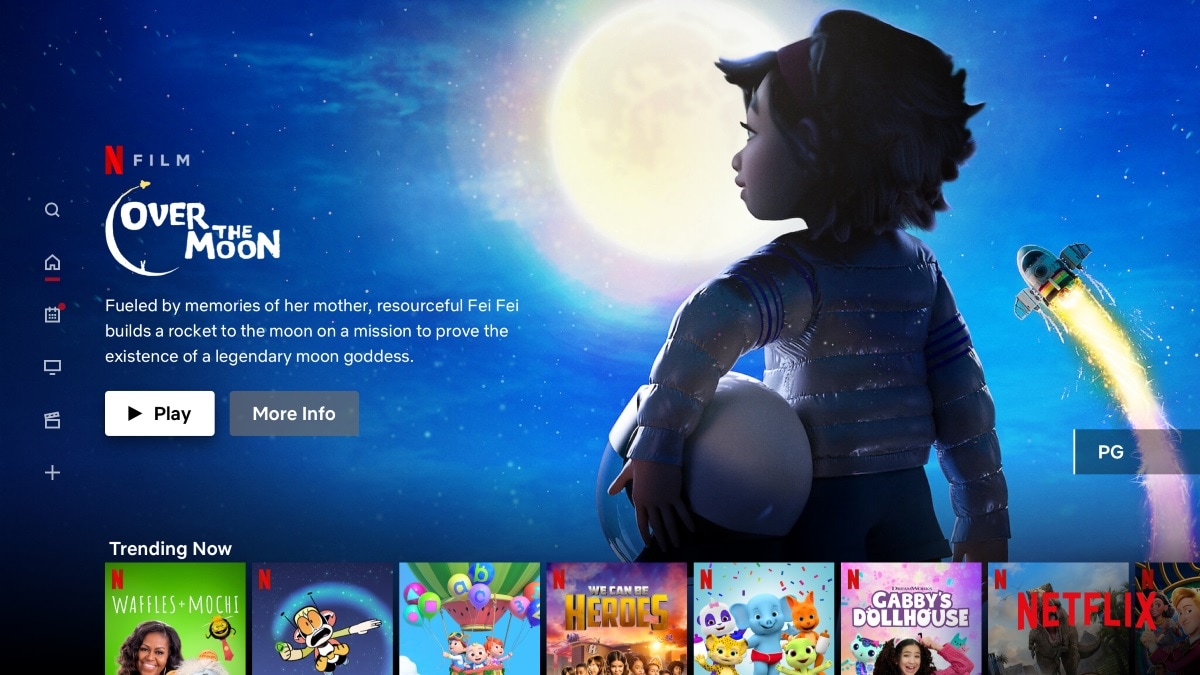 “Every family is different and every child is different and we are always looking to improve the Netflix experience to reflect that,” Netflix's product manager for kids and family Michelle Parsons said in a prepared statement. “Today, we are literally ‘over the moon' to share our redesigned kids profile on TV, which makes it easier and more fun for kids to engage with their favourite characters, shows or movies.”

Netflix has been slowly improving its Kids offerings over the past year. Last December, it began sending out Kids Activity Report emails to let parents know what their kids were watching, help them understand the themes and characters that most interested them, and even make recommendations on the sly. And in case parents wanted to hide an individual title, they could do so, with the feature having been rolled out last April.