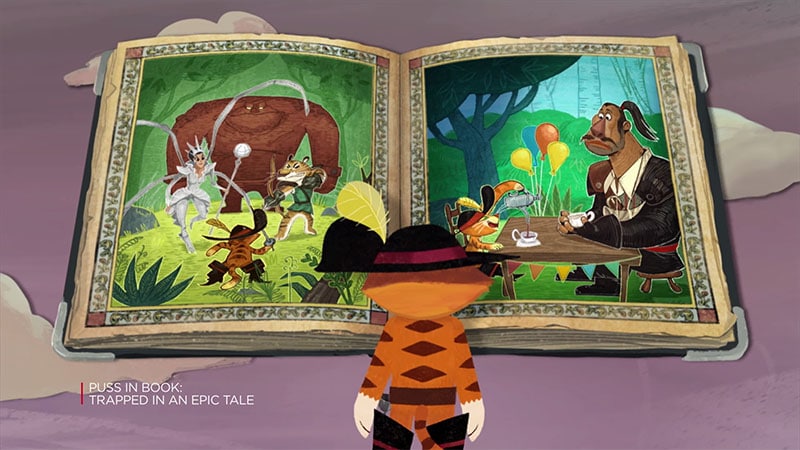 An example of the interactive screen in Puss in Book: Trapped in an Epic Tale

Netflix's first attempt at interactive storytelling hit the service on Tuesday, starting with a new standalone animated episode called Puss in Book: Trapped in an Epic Tale. During the episode, viewers – kids, predictably – will be asked to make a decision about a dozen times, which will affect the story and length of the show.

For example, viewers will have the option to choose whether the bears faced by Puss in Boots will be friends or foes, and whether it should kiss a queen or just go for a simple handshake. Depending on the choices made, the new episode – Puss in Book – will last anywhere between 18 to 39 minutes, with prompts coming in every two to four minutes.

The new experiment, as Netflix is calling it, is only available on modern smart TVs, streaming media players, game consoles, and iOS devices for now. With a TV, you'll need a remote control, while a finger tap is enough on a phone. It won't work on the Netflix website, Android, Chromecast, and Apple TV, where the episode will play as a linear 23-minute version.

"The children’s programming space was a natural place for us to start since kids are eager to 'play' with their favourite characters and already inclined to tap, touch and swipe at screens," Netflix's director of product innovation, Carla Engelbrecht Fisher, said in a blog. "They also talk to their screens, as though the characters can hear them. Now, that conversation can be two-way."

Not only does it put viewers in control of the experience, it also gives kids a reason to rewatch the same episode to find out the different storylines if they so desire. For Netflix, as always, the data will be illuminating and all-important, as to what choices surface to the top, and how popular the format is with its over 100 million members.

Of course, creating interactive storytelling is much more cumbersome and expensive on a live-action original, though Netflix hasn't ruled it out yet. Meanwhile, the experiment will be rolled out for two more animated kids shows: Buddy Thunderstruck: The Maybe Pile on July 14, and Stretch Armstrong: The Breakout next year.