Netflix Sets Release Date for Ghoul, the Next Original Series From India

Just three days on from premiering Sacred Games, Netflix has announced that its second original series from India – Ghoul, a three-part horror story starring Radhika Apte – will release on August 24, 2018. It'll mark Netflix's first foray into the horror genre in India. The first trailer is out Tuesday.

Announced back in February as one of three new originals – the total currently stands at seven – Ghoul stars Apte and Manav Kaul (Tumhari Sulu). Ratnabali Bhattacharjee (Sold), and casting associates Mahesh Balraj (Haider) and Mallhar Goenka (Titli) are part of the supporting cast.

The horror series will have just three episodes and has been co-produced by Anurag Kashyap and Vikramaditya Motwane's Phantom Films, Jason Blum's Blumhouse Productions, and Ivanhoe Pictures.

If you're wondering about the quick turnaround from announcement in February to release in August, that's likely because Ghoul is one of those originals that have been acquired by Netflix. The series has been in post-production since July 2017, according to IMDb.

Ghoul follows a newly-minted interrogator named Nida Rahim (Apte) – she turned in her own father as an anti-government activist – who arrives at a covert detention centre to discover that some of the terrorists held there are not of this world. It's been written and directed by Patrick Graham.

This will be the third Netflix production for Apte and the second Netflix series for Apte after her starring role in Sacred Games, also produced by Phantom Films. Motwane noted as much for the latter in an enclosed statement and said Ghoul is an "edge-of-your-seat horror series", while Blum noted that it'll be "Blumhouse’s first foray into the horror genre in India".

Ghoul will be available August 24, 2018 on Netflix worldwide. 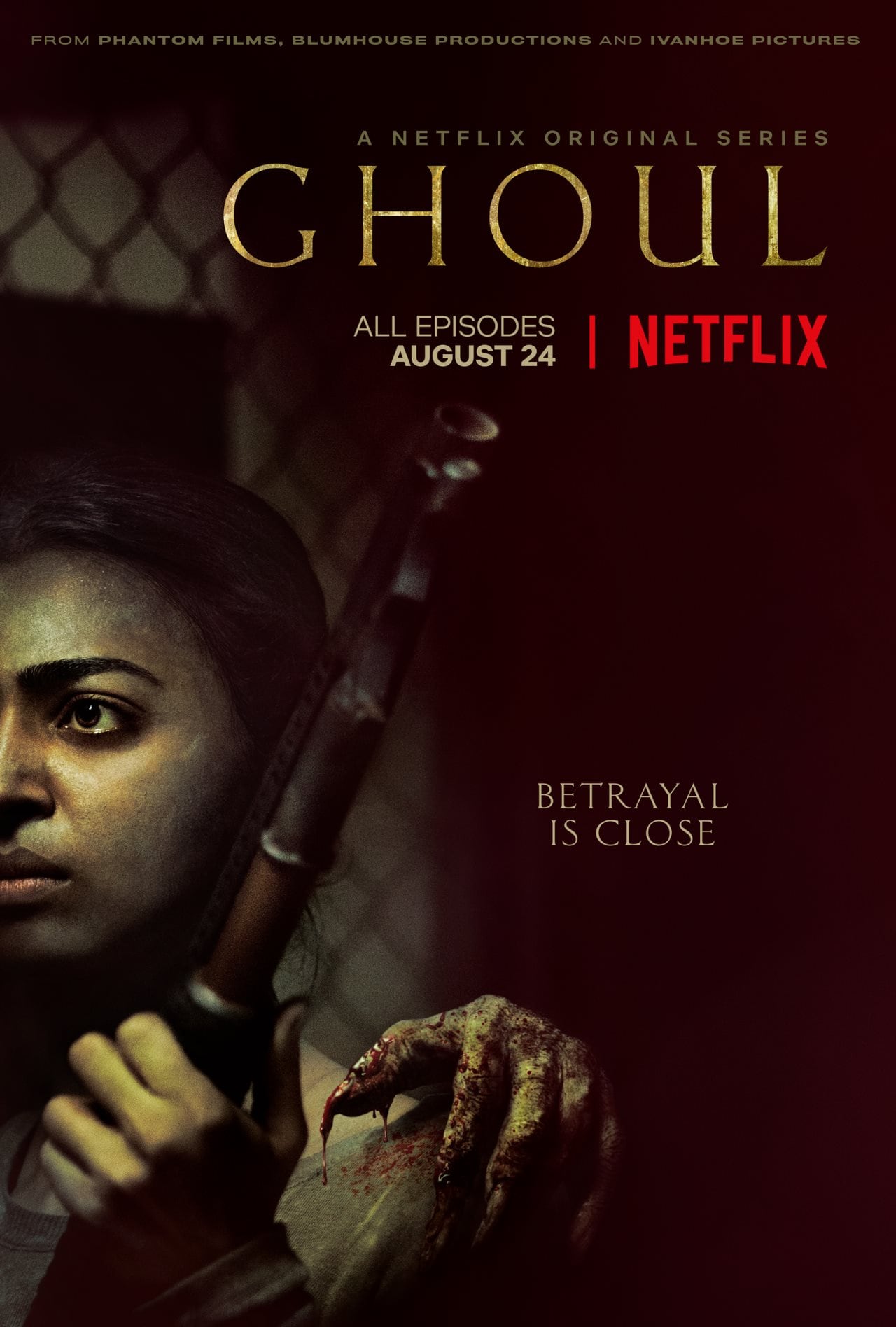 Netflix Sets Release Date for Ghoul, the Next Original Series From India
Comment