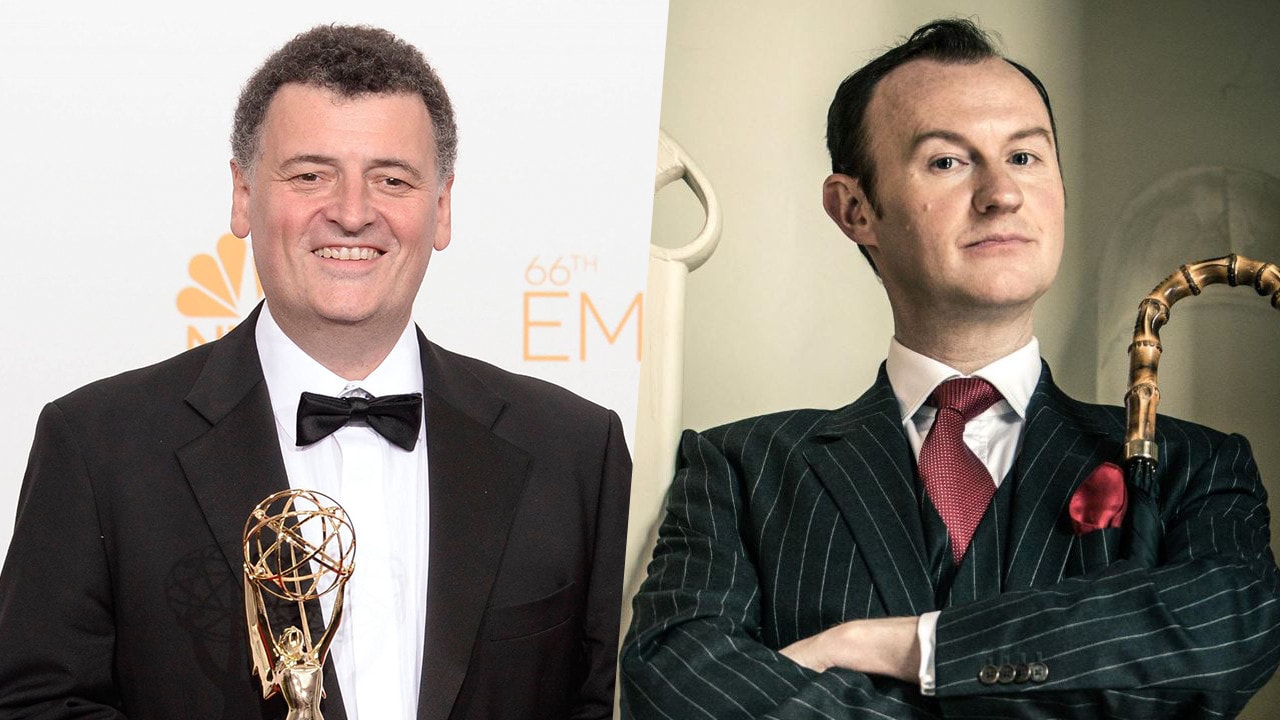 Steven Moffat at the 2014 Emmys, Mark Gatiss in Sherlock

Netflix and BBC One have announced a co-production of a Dracula mini-series from Sherlock co-creators Steven Moffat and Mark Gatiss. Three 90-minute episodes have been greenlit for the first season, just as Moffat and Gatiss were used to on Sherlock. The two co-creators will write and executive produce alongside Sue Vertue for Hartswood Films, Ben Irving for BBC, and Larry Tanz for Netflix. Dracula will naturally premiere on BBC One in the UK, and on Netflix in the rest of the world.

Inspired by Bram Stoker’s 19th-century classic novel, the series “will re-introduce the world to Dracula, the vampire who made evil sexy. In Transylvania in 1897, the blood drinking Count is drawing his plans against Victorian London. And be warned: the dead travel fast.”

“There have always been stories about great evil,” Moffat and Gatiss said in a prepared statement. “What’s special about Dracula, is that Bram Stoker gave evil its own hero.”

In addition to Sherlock for which he won two Emmys, Moffat spent several years as showrunner on Doctor Who. Gatiss is also known for his acting work; he played Sherlock’s brother Mycroft in the BBC series and has starred in the likes of Game of Thrones, and The League of Gentlemen.

"We are absolutely thrilled to be back at the BBC, and also delighted that Netflix are coming on board with Dracula. There’s nothing like fresh blood,” Vertue said.

“Steven and Mark’s ingenious vision for Dracula is as clever as it is chilling,” BBC Drama controller Piers Wenger said. “In their talented hands the fans will experience the power of Bram Stoker’s creation as if completely anew. We are thrilled to be collaborating with them and the brilliant team at Hartswood on yet another iconic British series.”

“We can’t wait to bring Steven Moffat and Mark Gatiss’ brilliant storytelling to our members around the world and we are eager to collaborate on yet another series with the BBC,” Netflix content acquisition VP Larry Tanz said.