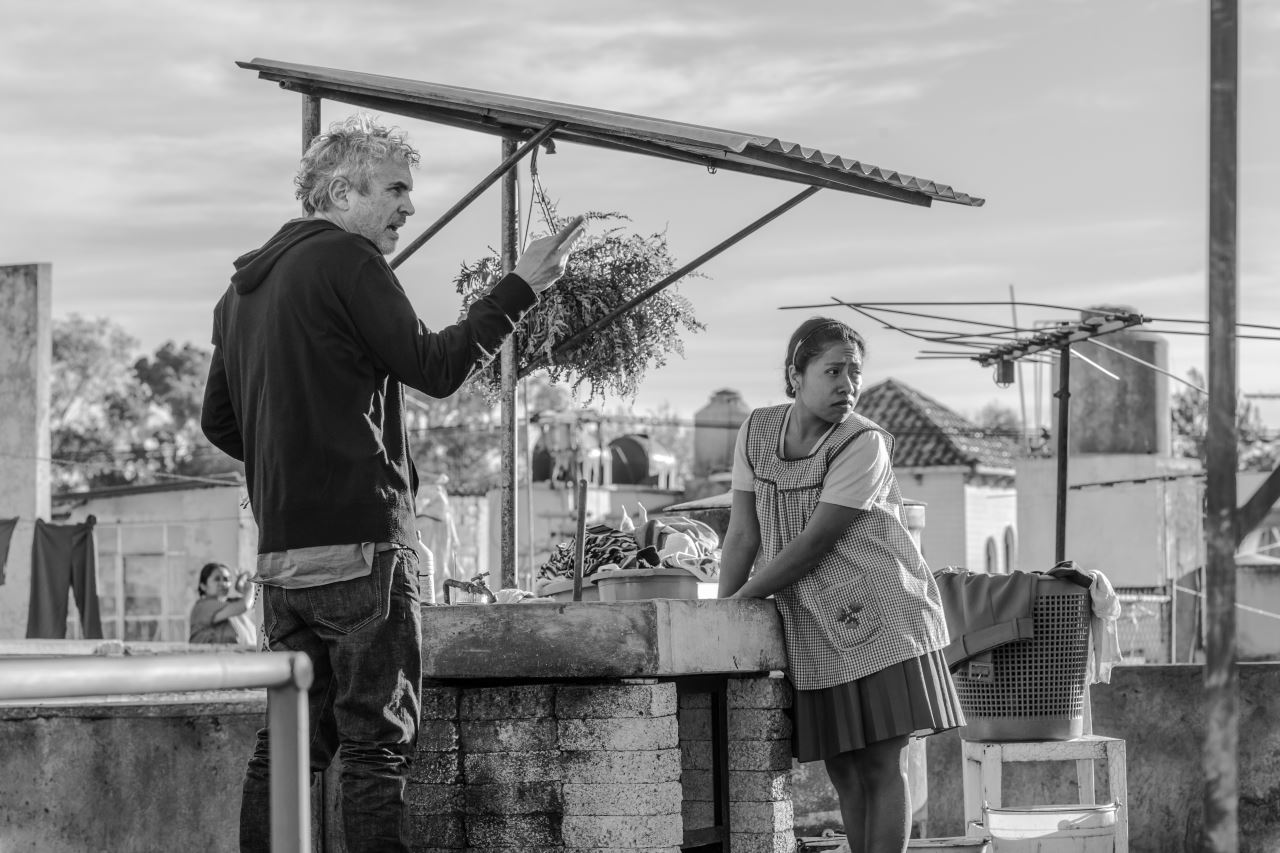 Alfonso Cuarón during filming on Roma

Oscar-winner Alfonso Cuarón’s latest film Roma won the Golden Lion at the 2018 Venice Film Festival over the weekend, bringing its distributor Netflix the festival’s biggest prize for the first time. It is only the second time the streaming service has won the top honour at a major film festival, after its win at Sundance Film Festival in 2017 for I Don’t Feel at Home in This World Anymore.

Cuarón’s black-and-white drama Roma is a semi-autobiographical take on the writer-director's upbringing in Mexico City during the early 1970s, charting a year in the life of a middle-class family and their live-in housekeeper. Roma’s win at Venice makes it the second win in a row for a movie made by a Mexican filmmaker, after Guillermo del Toro nabbed the top prize in 2017 for The Shape of Water, which went on to win the Oscar for Best Picture earlier this year.

Incidentally, Cuarón was presented his award by del Toro himself – the two are also close friends – who served as the head of the jury this year. Accepting the award, Cuarón said the Golden Lion and the Venice Film Festival were “incredibly meaningful to [him]”, according to Deadline. Cuarón’s last film, the Oscar-winning Gravity, opened Venice in 2013. (It was screened out of competition and was hence ineligible for awards.)

Roma was originally scheduled to premiere at Cannes back in May, but the festival body’s change in policy meant Netflix couldn’t submit Cuarón’s latest into the in-competition pool, which led to it being pushed to Venice instead. Netflix had two more films in competition at Venice: the Coen brothers’ Western anthology The Ballad of Buster Scruggs, and Paul Greengrass’ Norway terror attack movie 22 July.

Other winners at the 2018 Venice Film Festival include Yorgos Lanthimos’ The Favourite for Grand Jury Prize, Jacques Audiard’s The Sisters Brothers for Silver Lion, Olivia Colman winning Best Actress for The Favourite, Willem Dafoe winning Best Actor for At Eternity’s Gate, the Coen brothers for Best Screenplay, and Jennifer Kent’s The Nightingale for Special Jury Prize.