Lion King follows recent remakes of Disney classics such as Beauty and the Beast, Aladdin and Favreau's The Jungle Book. 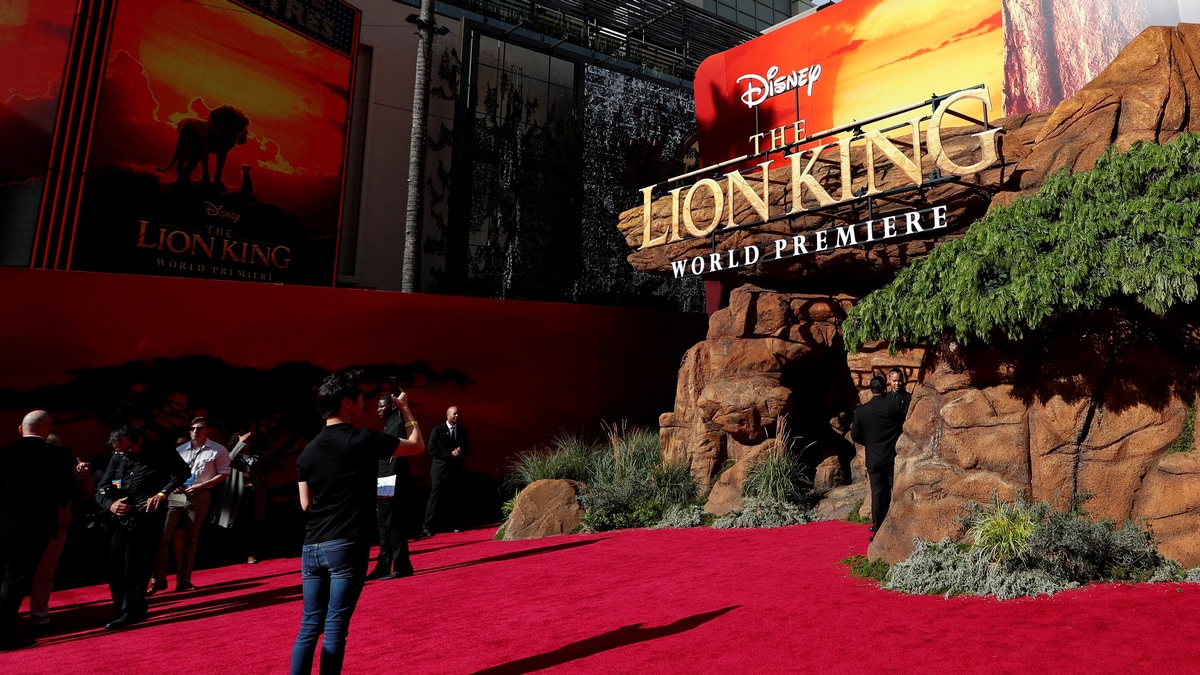 Walt Disney has taken a high-tech route to remake animated classic The Lion King with the look of a nature documentary, an update it hopes will lure audiences to a new version of a film considered a masterpiece the first time.

The re-telling of the 1994 tale about the lion cub Simba, which opens in theatres around the world this week, was created with computer animation, gaming technology and virtual reality, plus live-action filmmaking techniques, director Jon Favreau said.

The goal was to provide a "photo-real" look for expressive animals and African vistas, Favreau said. Lion King follows recent remakes of Disney classics such as Beauty and the Beast, Aladdin and Favreau's The Jungle Book.

Remaking a well-known movie is "tricky," Disney Chief Executive Bob Iger acknowledged to reporters at the European premiere for The Lion King in London. "But we feel great about where we are with this film and with the remakes in general."

"When you are dealing with something like The Lion King, which we consider a crown jewel, there's a challenge to that," he said. Besides using new technology, filmmakers revise storylines to make them feel relatable to modern moviegoers, he said.

"You wouldn't say to your grandmother 'don't tell me that story when everybody came from Texas to Oklahoma,'" said Alfre Woodard, who voices the lioness Sarabi. "It's like 'tell it to me again.' When you hear it at different points in your life, you are different. You are hearing it with new ears and different perspectives."

Movie critics, however, gave a mixed reception to the new Lion King. Sixty percent of reviews on the Rotten Tomatoes website were positive. Many said it was visually impressive but tame in terms of characters and storytelling.

Even the harshest detractors predicted the film would generate massive ticket sales given the widespread adoration for the original and an A-list voice cast that includes Beyonce and Donald Glover.

Box office experts have said it has a shot at topping the $2.8 billion hauled in by 2009's Avatar, the highest-grossing movie of all time.

The new movie largely follows the original story of Simba, the cub that faces tragedy and must summon the courage to become a leader.

Well-known music such as Circle of Life returns, with the addition of an original song by Beyonce, who voices the adult lioness Nala. Billy Eichner and Seth Rogen add improvised comedy to the warthog and meerkat duo, who sing Hakuna Matata.

Glover, the voice behind adult Simba, said he joined the cast because he felt the story promoted values that would be "part of a global good."

"That circle of life theme, I think, is important for everybody to understand now, that we are depending on each other," Glover said.