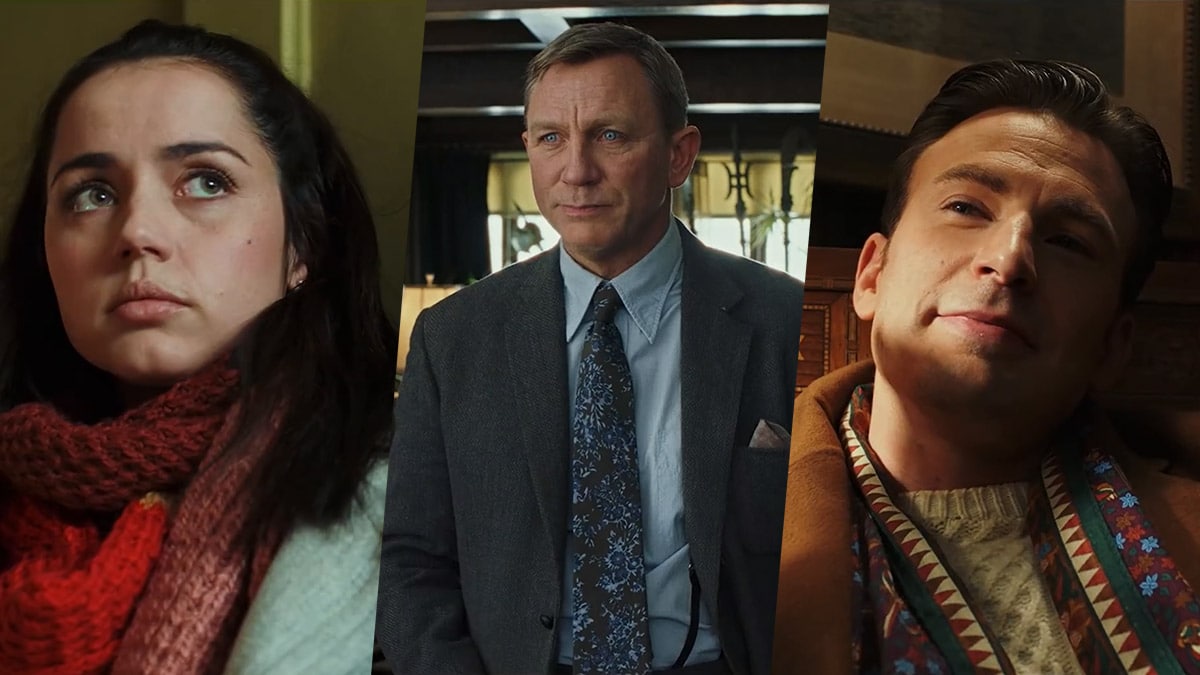 Daniel Craig. Chris Evans. Jamie Lee Curtis. Toni Collette. Michael Shannon. LaKeith Stanfield. Katherine Langford. Christopher Plummer. That's (most of) the exceptional cast Star Wars: The Last Jedi writer-director Rian Johnson has assembled for his next movie, Knives Out, a murder mystery styled on the works of Agatha Christie that has an Alfred “Hitchcock thriller-type twist” to it, per Johnson. And the first trailer for Knives Out gives us a peek at the characters being played by those aforementioned characters, and the film's premise: a master detective (Craig) investigates the death of a patriarch (Plummer) just after his 85th birthday at a family gathering on his estate.

The Knives Out trailer opens with Detective Elliot (Stanfield) and Detective Trooper Wagner (Noah Segan) questioning the Thrombrey family, after Harlan (Plummer) is found dead. Detective Benoit Blanc (Craig), observing from the background, then requests the family to stay at the estate until the investigation is completed. We then get a peek into the dysfunctional nature of the family, from Collette's character interrupting Det. Blanc mid-sentence to Shannon, to Evans' character telling several members of his family to “eat s---” in front of the detectives.

There's also a shot of a gloved hand injecting morphine into what looks like Plummer's character, Blanc looking for clues in the family home, and a family member (Ana de Armas, from Blade Runner 2049) coming across another dead body, who's then seen later with Evans' character in a car chase with the police. Curtis' character then accuses someone of “knowing something” and demands they “spill it”, before we cut to Blanc in another scene: “I suspect foul play, and I have eliminated no suspects.”

For Johnson, Knives Out is a return to small-scale indie filmmaking after helming The Last Jedi. His earlier projects include the 2005 neo-noir mystery Brick, the 2008 caper comedy-drama The Brothers Bloom, and the 2012 sci-fi thriller Looper. Johnson has already signed on to develop a new Star Wars trilogy, at least one of which he will write and direct, and which he will likely return to after Knives Out.

Knives Out is slated to release November 27. It also stars Don Johnson (Miami Vice), and Jaeden Martell (It).