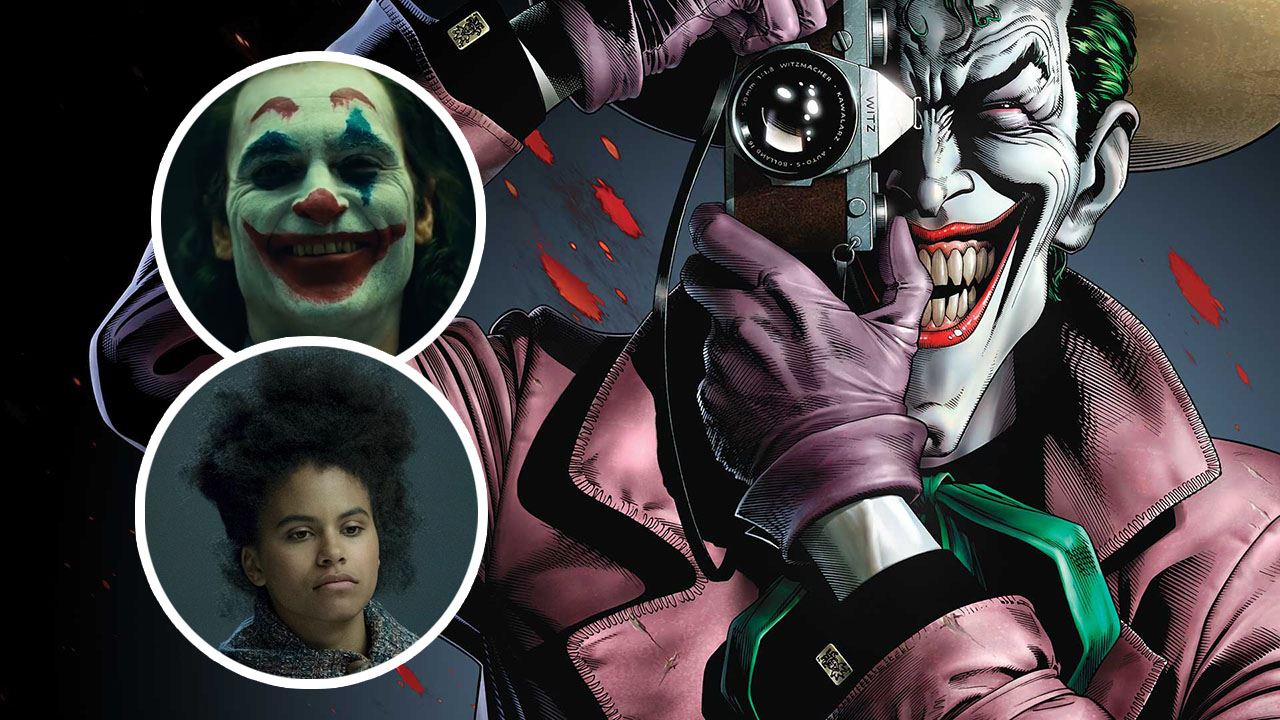 (Inset) Joaquin Phoenix as the Joker, and Zazie Beetz

After dropping a first look of Joaquin Phoenix’s Joker before his transformation last week, director Todd Phillips has provided a first look at the character in full make-up, in a video – set appropriately to Canadian rock outfit The Guess Who’s 1969 hit “Laughing” – where he transitions from one to the other. And on Sunday, Phillips posted a picture of Zazie Beetz in character, while a leaked set video gave us our first glimpse at the film.

The Joker director put out the video on his Instagram account (scroll to the bottom) on Friday, which starts with a wide shot of Phoenix as Arthur Fleck, similar to the picture from last week. There are flickers of his Joker self as we zoom in and as Phoenix starts to smile creepily, the video cuts to him in full Joker make-up, with red painted eyebrows, a red nose resembling a clown’s, and the exaggerated red-coloured smile.

Beetz’s image (at the bottom) is much more muted, as she dons a bluish-grey sweater against a grey backdrop. Phillips didn’t reveal her character’s name as he did with the Phoenix image last week but according to latest available reports, the Deadpool 2 and Atlanta star is playing Sophie Dumond, “a single mother who catches the attention of the Joker”.

The last of those, the on-set video (above), shows Phoenix in character with Joker make-up and suit as he walks away smiling from a chaotic scene unfolding in a New York subway station. Protest signs in the background seem to hint that citizens are against Wayne as the city mayor – that's likely Thomas Wayne, who is now being played by Brett Cullen – with one slogan cheekily saying, “Bring down the clown.”

Joker is slated to release October 4, 2019. The film is not part of the DC film universe, which continues with Aquaman in December, Shazam! in April 2019, and Wonder Woman 1984 in November 2019.

Marvel's The Eternals Hires Chloé Zhao as Director: Reports
Twitter Following Up With Developers Affected by Bug That Sent DMs to Wrong Accounts