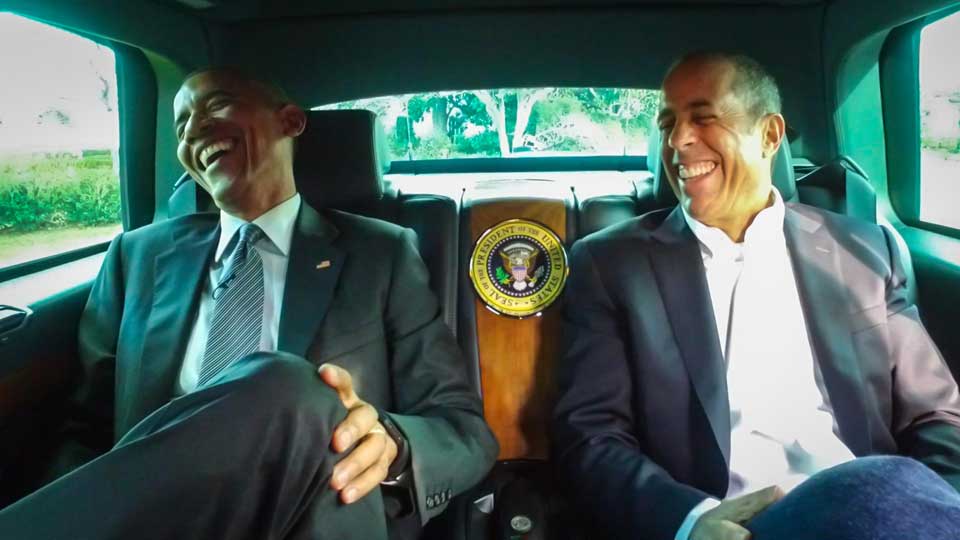 Jerry Seinfeld has signed a deal with Netflix that includes his Emmy-nominated comedy Web series, Comedians in Cars Getting Coffee, and two stand-up specials for the popular streaming service. That means Seinfeld is leaving Sony’s own streaming service, Crackle, where the show has aired all its nine past seasons over the last five years.

The deal also includes future development of scripted and non-scripted comedy programming for Netflix. The ninth season of Comedians in Cars, which began airing earlier this month, will be the last on Crackle. After that, Seinfeld will start work on a 24-episode new season of the show, which will air sometime in late 2017 on Netflix, along with all the existing episodes in the library.

It marks a departure in not only the amount of content – the seasons on Crackle have varied between five and seven episodes, after a debut season of 10 – but also in how audiences will get access to the show. Unlike Netflix’s paid subscription model, Crackle is a free, ad-supported service.

Seinfeld’s departure would be a huge loss for Crackle, where Comedians in Cars served as its flagship for years, and racked up 100 million views since its beginning.

Beyond Comedians in Cars, the first Seinfeld stand-up special will also be released later this year. It’s interesting to note that Seinfeld hasn’t released one of those since 1998’s I'm Telling You for the Last Time, even though he’s on the road constantly.

“Jerry is known the world over as both a great TV innovator and beloved comic voice,” Netflix chief content officer Ted Sarandos, told Deadline. “We are incredibly proud to welcome him to the Netflix comedy family.”

“When I first started thinking about Comedians in Cars Getting Coffee, the entire Netflix business model consisted of mailing out DVDs in envelopes,” Seinfeld told Variety. “I love that we are now joining together, both at very different points.

“I am also very excited to be working with Ted Sarandos at Netflix, a guy and a place that not only have the same enthusiasm for the art of stand-up comedy as I do but the most amazing technology platform to deliver it in a way that has never existed before. I am really quite charged up to be moving there.”

A regular episode of Comedians in Cars features Seinfeld picking up a celebrity (mostly, comedians) in a classic car for a cup of coffee, all while sharing stories. Seinfeld has had some great guests over the years, including Larry David, David Letterman, Chris Rock, Louis C.K., Jon Stewart, Amy Schumer, Julia Louis-Dreyfus, and even Barack Obama.