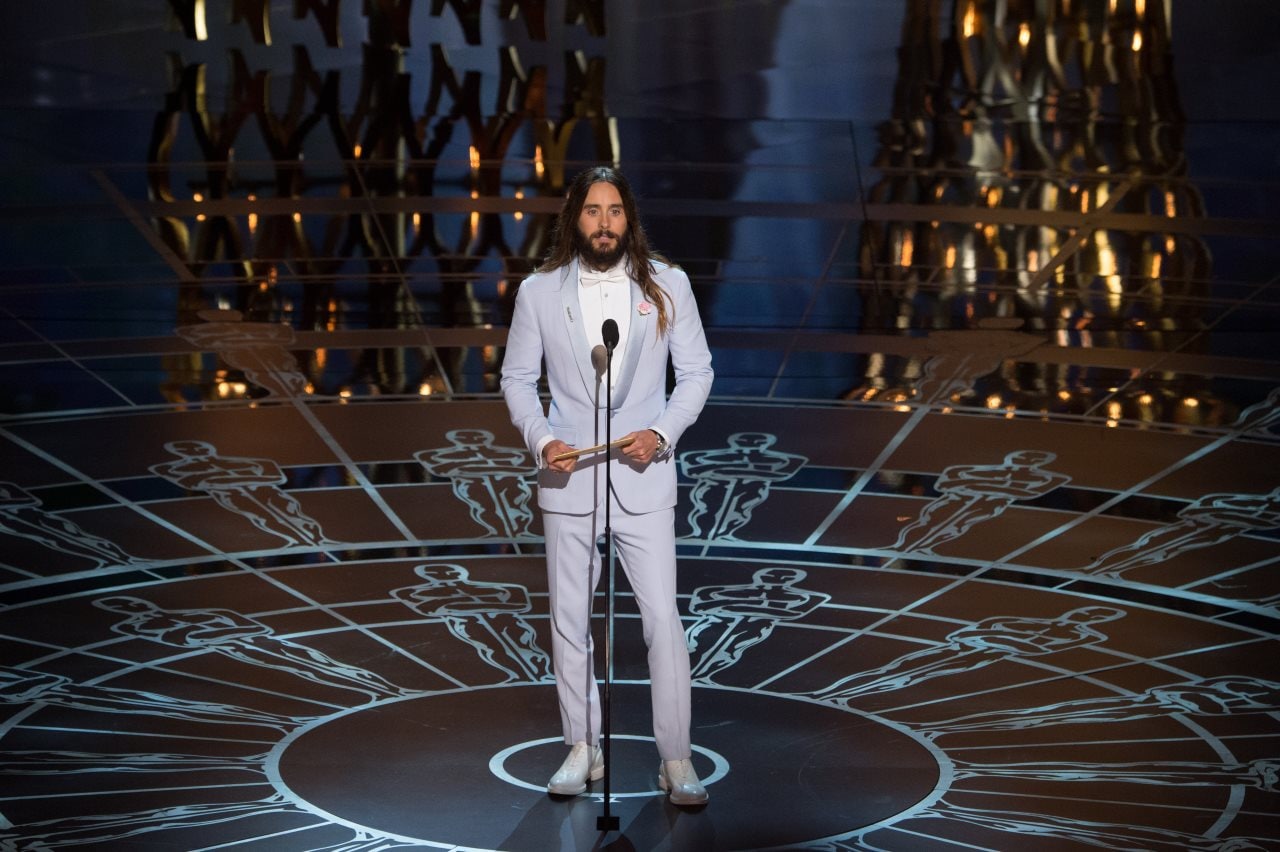 Jared Leto onstage at the 2015 Oscars

Not content with playing one comic book character, Jared Leto has signed on to play Morbius the Living Vampire in what will be a Spider-Man spin-off film, just like the upcoming Tom Hardy-starrer Venom later this year.

The Hollywood Reporter first reported on the deal, and Leto has since confirmed his casting via his Twitter account, tweeting a black heart emoji along with a comic book cover of the character. Leto is also known for playing The Joker in the 2016 dumpster fire Suicide Squad and is attached to further DC Comics projects.

Titled Morbius, it will be directed by Swedish filmmaker Daniel Espinosa (Life), and has been written by Burk Sharpless and Matt Sazama (Lost in Space). Producers include Avi Arad (Spider-Man: Into the Spider-Verse), Matt Tolmach, and Lucas Foster, and Palak Patel for Sony.

In the Marvel comics, Morbius the Living Vampire is a scientist named Dr. Michael Morbius, who suffers from a rare blood disorder and in an attempt to cure himself, he gains vampiric superhuman abilities and physical traits – fangs, blood-clotted eyes, and long nails – owing to a failed biochemical experiment.

Created by writer Roy Thomas and artist Gil Kane, Morbius first appeared in "The Amazing Spider-Man #101" in October 1971. Though the character originated as a horror-based villain, he gradually turned into a gritty and flawed anti-hero who headlined his own comic series.

Espinosa is known for the 2017 sci-fi horror Life with Jake Gyllenhaal and Ryan Reynolds, and the 2012 spy thriller Safe House with Denzel Washington and Reynolds. Sharpless and Sazama created Lost in Space for Netflix, which premiered earlier this year.

Spider-Man spin-off films occupy a confusing place in the larger cinematic universes. Though they share Tom Holland as the new Spider-Man, they have no connection to other Marvel movies. The simple reason for that is Sony Pictures owns the licences to Spider-Man and other characters but doesn't have the rights to the likes of Iron Man and Captain America.