A dark comedy about a man who refuses to leave his home.

Netflix has released a trailer for House Arrest, its next original movie from India that stars Ali Fazal and Shriya Pilgaonkar (Mirzapur), and Jim Sarbh (Neerja) in the lead, with supporting roles for Barkha Singh (MTV Girls on Top), Badrul Islam (Daayen Ya Baayen), and Sunil Kumar (Swayamsiddha). House Arrest is a dark comedy about “a man (Fazal) trapped in his own fears [who] locks himself in his home to keep out the onslaught of modern life.” Directed by Shashanka Ghosh (Veere Di Wedding) and novelist Samit Basu, off a script by Basu, the release date of House Arrest is November 15 on Netflix in India.

The House Arrest trailer opens by setting up the premise of the film, introducing Karan (Fazal) and his best friend JD (Sarbh), and giving us a look at the myriad home-based activities undertaken by the former. Soon, a neighbour and a don's daughter called Pinky (Singh) interrupts his peace and leaves him with a “package”: a human being in a pink suitcase. Later, JD forcefully introduces Karan to a journalist named Saira (Pilgaonkar), who (predictably) start to fall in love as they spend time at Karan's home, which he refuses to leave.

“It was a lovely ‘experience' experiencing a Shashanka Ghosh-Samit Basu duo on this,” Fazal said in a prepared statement. “Honestly, the idea of staying indoors is definitely daunting and haunting. But here's a man called Karan who seems to be getting this right. It's one of a kind but I wouldn't want to toot my own horn yet because I have been indoors on this one. Let's see what happens when it gets out.”

“In this film, Karan is seen locking himself in the house for months and it's quite challenging to live a life like that,” Pilgaonkar added. “I completely relate to my character Saira because in real life too, I would be curious about someone who lived like that. It's fascinating and makes me want to try it as an experiment to understand myself better.”

“It was super fun shooting for House Arrest,” said Sarbh. “It's unlike anything we've seen in this space before and I'm excited for the audience to catch the four of us in our element. I can't wait for everyone to watch JD.”

“Pinky's character is unique, and I am glad I got the opportunity to play this part,” Singh added. “It was something I have never done before, so the challenge was exciting. I am looking forward to the reaction that we will receive from the audience for this film.”

Here's the official synopsis for House Arrest, via Netflix:

“Karan's not left his house in months. He insists he's happier home alone — away from the chaos of the world. Then one day, two women, a giant, and a small bubble-wrapped gangster barge into Karan's well-arranged life and house, unannounced. What ensues is utter chaos as Karan realises that try as he might, he can't keep the world out forever.”

House Arrest is out November 15 on Netflix worldwide. It's rated “18+” and has been produced by Trilok Malhotra and KR Harish of India Stories. 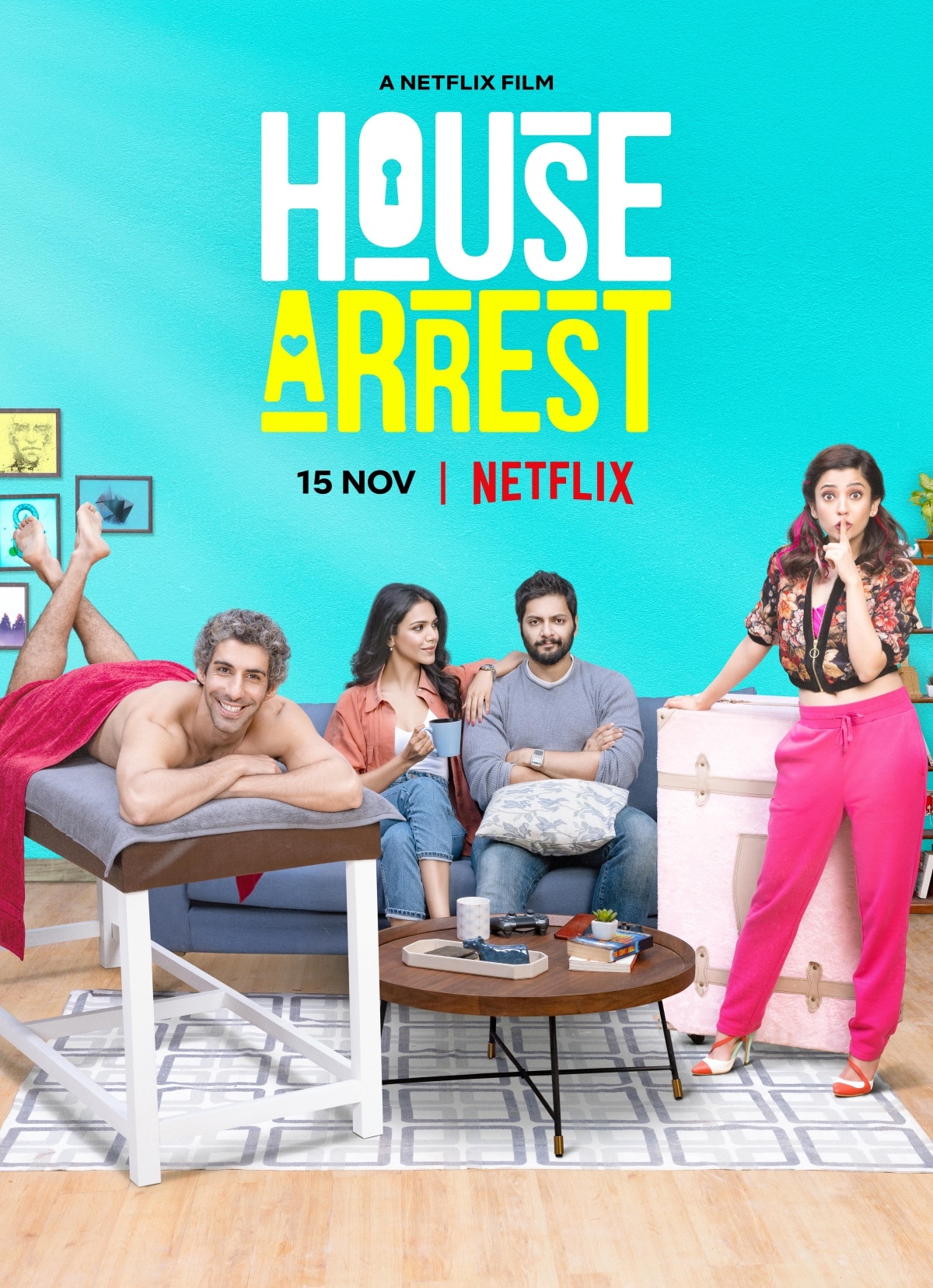