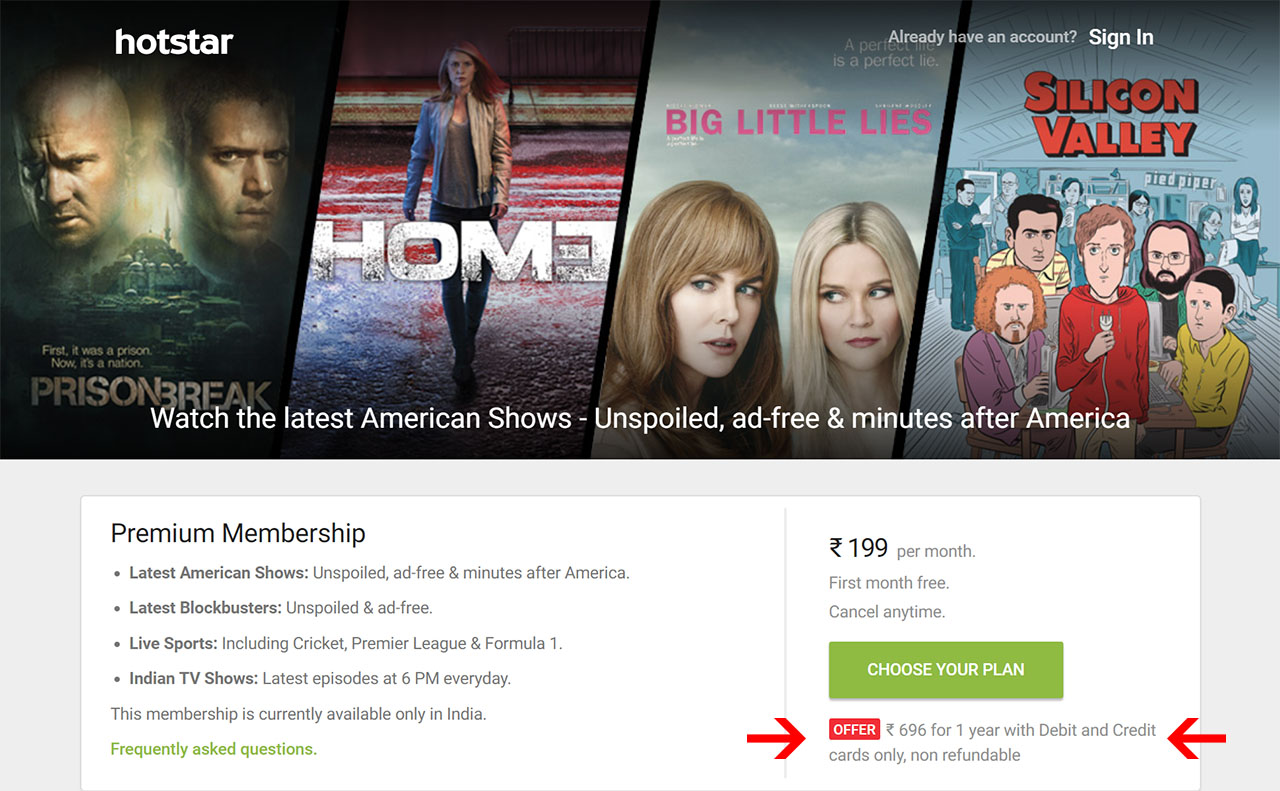 Hotstar is currently offering a one-year membership at Rs. 696 to new and returning users, as long as you don't have an on-going subscription already. That's more than 70 percent off on the usual price, given it costs Rs. 199 per month. It's a massive incentive for those who have been holding out on the streaming service due to price.

The Rs. 696 offer comes just over a month since its previous discount, which offered the annual plan at Rs. 1,200 (50 percent off), and a 9-month plan at Rs. 999, which was geared towards football audiences.

Unlike those two offers, the new price cut is available to both credit and debit card users. We've reached out to Star India for comment on whether there's an end date on the Rs. 696 plan, given the previous offers only ran for a limited time.

To avail the new offer, head to the Hotstar website and then click on the Premium tab. If you're logged in with an account that has an on-going Hotstar subscription, you'll need to cancel that and wait for it to run out before you can get on the Rs. 696 plan.

Hotstar isn't offering any price cuts in the other two markets it currently operates in: the US and Canada. Users there will need to pay the standard $9.99 and CAD 12.99 to avail the content available to them.

With the Rs. 696 offer, Hotstar has gotten ever closer to Amazon Prime Video, which remains the cheapest of the lot in India at Rs. 499 for the full year. Of course, that's set to change in the near future, with the Prime membership due to become Rs. 999, so it'll be interesting to see if Amazon decides to compete on that front.

Netflix is obviously the most expensive, but that's also reflective of the catalogue size. Hotstar is somewhere in the middle, though it's now not the only one to dabble in both entertainment and live sports, given Amazon's offering of American football.