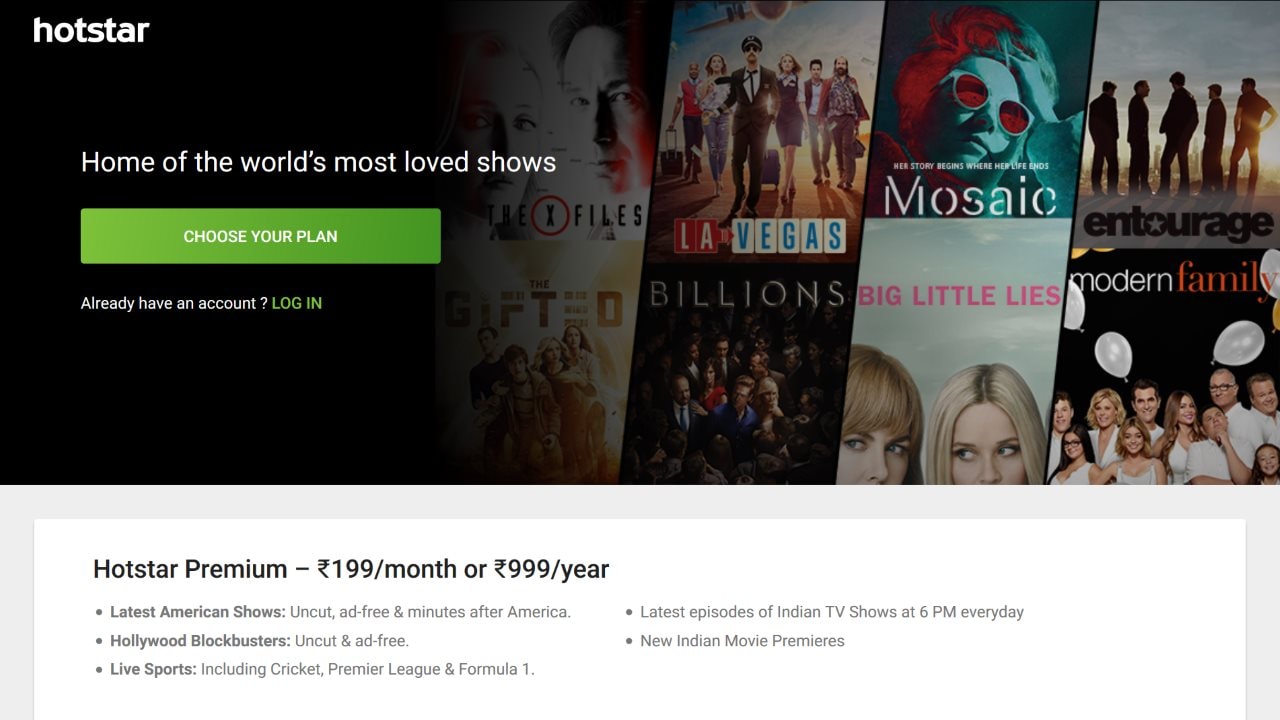 Alongside the Rs. 299 annual offer for all sports, Hotstar has also lowered the annual subscription fee for all its premium content to Rs. 999. That's a 58 percent discount against the Rs. 199 monthly tier, which comes to Rs. 2,388 for the year. Of course, you'd mostly never have to pay the full rate, considering this has become usual practice for Hotstar, which seems to introduce new discounts every other month now.

The new Rs. 999 a year offer for Hotstar Premium is the second-lowest annual pricing we've seen yet. The best price remains the Rs. 696 deal back in October last year, which was a staggering 70 percent off. And twice in the last year, Hotstar has lowered the fee for the full year to Rs. 1,200, as recently as February. And back in January, it had discounts on three-, six-, and nine-month subscriptions, though neither of them were above 33 percent.

As always, the catch for subscribing to these annual offers is that you must not have an active subscription. That means if you signed up for any of the previous discounts, you're most likely locked into an on-going subscription that won't end for many months, preventing you from taking advantage of this new Rs. 999 deal. For what it's worth, Hotstar is extending on-going annual subscriptions by two months. And given what we've seen from Hotstar, we wouldn't rule out similar discounts down the line. The new saying then for subscribing to Hotstar isn't whether there will be a discount, but rather how much.

For those whose Hotstar subscription recently ended or is about to, you can now enjoy content from HBO, 20th Century Fox, Showtime, National Geographic, and Star India's various TV channels including live sports at a lowered rate for the next year. Remember that Hotstar allows only one screen at a time.