Hotstar All Sports Subscription Launched at Rs. 299 a Year 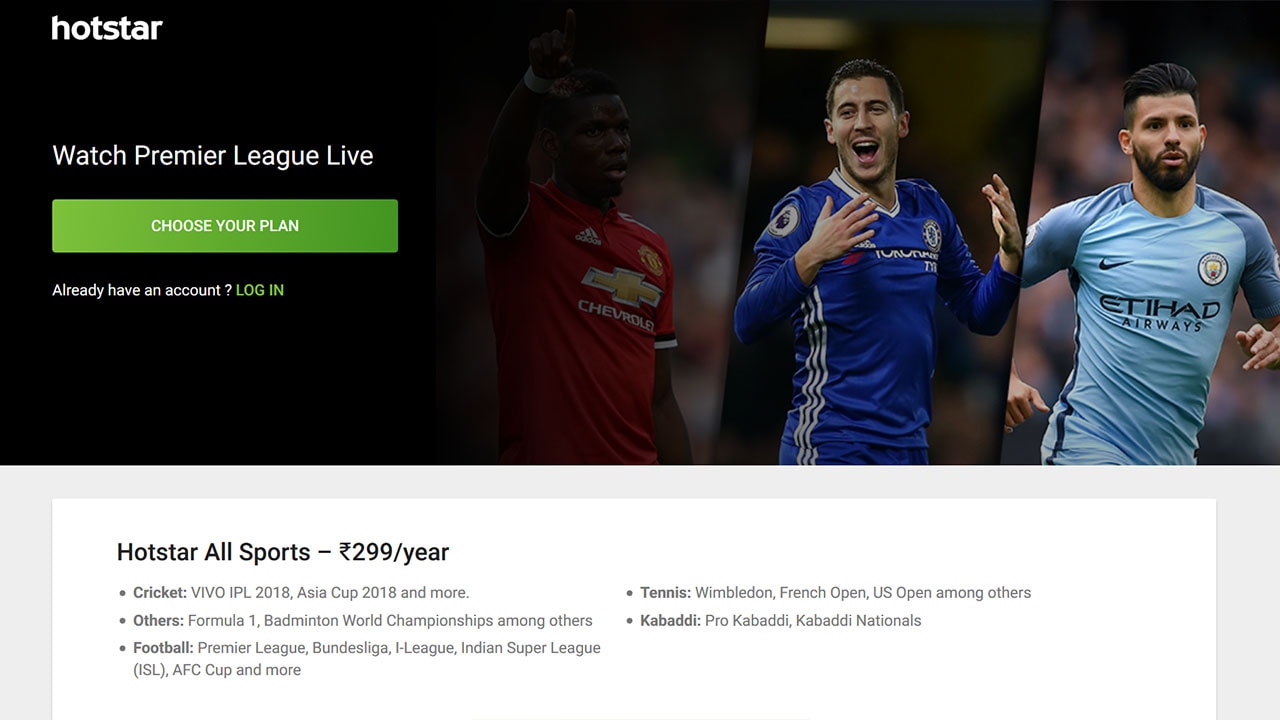 With the start of the 2018 Indian Premier League just days away, Hotstar has quietly unveiled a new sports-only subscription discount at Rs. 299 a year to entice cricket fans. That's about Rs. 25 a month, and it includes a lot more than the full digital coverage of the two-month Twenty20 tournament. In fact, you get access to all the sports content licensed by Star India, from cricket, football, tennis to Formula 1.

This is the first time Hotstar has come up with a sports-only offer, and it's clear that the bulk of the standard Hotstar subscription – Rs. 199 per month – covers the costs of licensing films and TV shows from India and across the world, considering Hotstar is okay with offering all sports for Rs. 25 a month.

On the cricket front, the new plan includes access to the upcoming Asia Cup 2018 in addition to IPL 2018. Star India is also in the running for India cricket rights through 2023. The English Premier League, German Bundesliga, the AFC Cup, and the two competing Indian leagues – Indian Super League (ISL) and the I-League – are covered under football. Hotstar has rights to Wimbledon, French Open aka Roland Garros, and the US Open in tennis. That leaves Formula 1, Badminton World Championships, and Pro Kabaddi among others.

At just Rs. 25 a month with the new discount, that's a great lineup. The one big missing sport event is the 2018 FIFA World Cup, whose rights are with Sony India. Of course, Hotstar has never lacked in content but rather its experience. And while the film and TV show experience has improved in recent months, sports continues to be overlooked. Forget offering future-ready 4K, Hotstar doesn't even offer full-HD (1080p) for live broadcasts, only highlights. You're restricted to HD (720p) across devices, be it a 5-inch smartphone or a 60-inch TV, with a low video bitrate that further sours the experience.