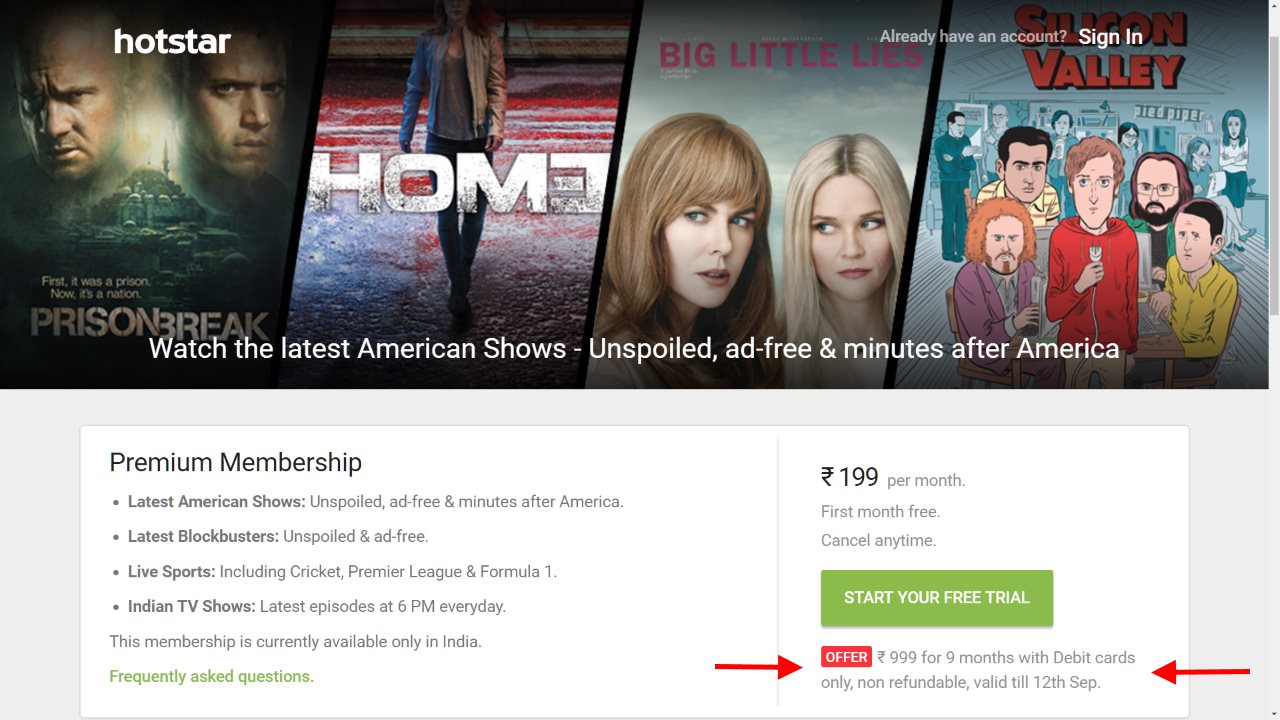 Hotstar is offering an annual membership plan at Rs. 1,200 for a limited time to new subscribers, a staggering 50 percent off, given it costs Rs. 199 per month. That's one of two "special offers" the Star India-owned streaming service is currently running, alongside a 9-month Rs. 999 offer, which saves you about 44 percent. The new plans are available via Hotstar.com.

Both these offers are only applicable if you pay with a debit card. The Rs. 999 offer is only available till September 12, as it's targeted towards viewers of Premier League, and Bundesliga, what with the 2017-18 football season gearing up.

We've reached out to Hotstar India for comment on whether there's an expiry date on the annual Rs. 1,200 plan as well, the reason behind the debit card limitation, and whether existing subscribers can avail these plans without having to cancel their on-going subscription.

Until now, the best way to get a Hotstar subscription used to be via iTunes billing, as Apple's restrictions meant it cost Rs. 190 per month. If you'd been holding out on Hotstar owing to price, there won't be a better time to opt in.

The cheapest of the lot is still Amazon Prime Video, which costs Rs. 499 for the full year. Netflix is the most expensive, with plans starting at Rs. 500 per month (for SD). But the pricing is also reflective of the catalogue size.

Hotstar is somewhere in the middle, but it's the only one to dabble in both entertainment and live sports. On the former, it has deals with Fox, HBO, Disney, and Showtime among others. With the latter, you get the IPL and ICC World Cup in cricket, the aforementioned leagues in football, Wimbledon and Roland Garros in tennis, F1, and more.