Hotstar Android TV App Launched, Available in India, the US, and Canada 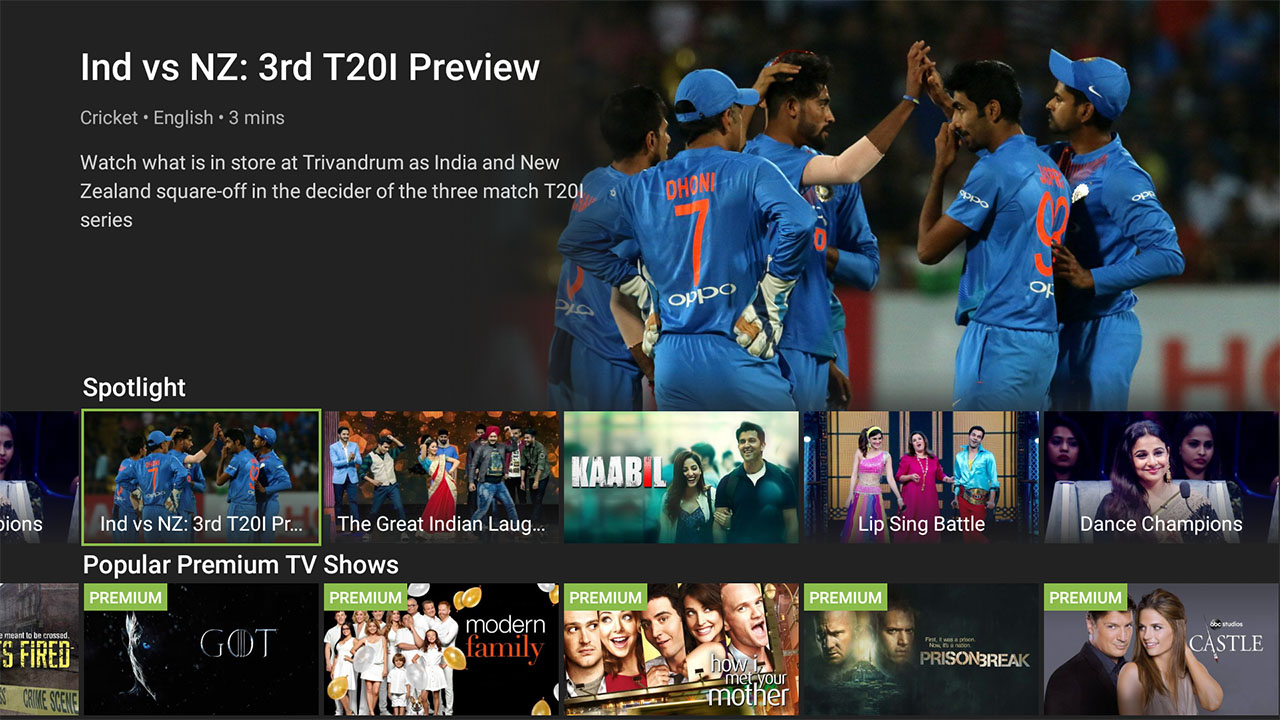 The home page of Hotstar for Android TV

After years of clamouring from subscribers, Hotstar has finally released an app for Android TV - adding to its slate of Apple TV and Fire TV Stick apps - which means some of us don't have to use a Chromecast to get the Hotstar experience on the big screen any more. It's available via the Google Play store in India, the US, and Canada.

The Hotstar app for Android TV has a very similar look to the Android TV OS interface, with rows of rectangular tiles separated by content headers. You've got the same sections as those on the website: TV, Premium, Movies, Sports, News, Channels, Languages, and Genres.

Though the layout is simple enough to understand at most times, the individual TV show section can be a bit confusing. After you pick one, Hotstar displays the available episodes in separate rows, with the latest episode missing from the tray, and instead getting its own button that reads: "Watch latest episode."

Better Things season 2, episode 8 is missing from the carousel. You've to use the "Watch latest episode" button instead

In terms of settings, you can pick subtitles and quality while you're watching something, with the latter going all the way up to 1080p. Just like its other apps, Hotstar on Android TV gives you an estimate of how many gigabytes an hour will consume, though it's still not a metric most people will comprehend.

The search function is quite rudimentary, just like with Netflix on Android TV. You've to select individual letters to look for what you're interested in, and there's no way to search by voice. But unlike Netflix, Hotstar doesn't remember what you were last watching, which is quite annoying. Since that info is still stored locally, you can't also easily pick up watching where you left off on another device.

Beyond that, Hotstar for Android TV also doesn't support the latter's recommendation rows feature, so you won't see titles show up on your Android TV home screen. Still, the mere existence of an app is great relief for regular viewers, with Hotstar being the last major streaming service to do so in India.

The search function in Hotstar for Android TV

RCom to Stop Voice Calls From December 1, Subscribers Can Port Till December 31