Gunjan Saxena: The Kargil Girl to Release Directly on Netflix

Janhvi Kapoor plays one of the first two Indian women to fly in a combat zone.

Originally slated for theatres, Gunjan Saxena: The Kargil Girl is now the second major Bollywood movie — after the Amitabh Bachchan, Ayushmaan Khurrana-starrer Gulabo Sitabo, releasing Friday on Amazon Prime Video — to release directly on streaming amid the pandemic. In this case, it's a case of continuing the partnership that already exists between Netflix and Dharma, which has previously given us the dumpster fire Drive, with Sushant Singh Rajput and Jacqueline Fernandez, and the Kiara Advani-starrer Guilty.

“Gunjan Saxena, a young girl from Lucknow with a big dream,” Kapoor narrates in a video made up of archival photos, released alongside. “She wanted to grow up and be a pilot. But she lived in a world that believed girls can't even drive cars; would that world let Gunjan fly a plane? But she didn't care about the world, she just trusted her father, who always told her, ‘Whether it's a man or a woman flying the plane, both are called pilots.'

“In the 1999 Kargil War, Gunjan Saxena flew a Cheetah Helicopter, she protected the country, and by being the first Woman Air Force Officer to enter a war zone, she made history. Today, there are more than 1600 Women Officers in the Indian Air Force, who inspire all of India's daughters to chase their dreams.” The video ends with photos of Kapoor with Saxena and her family.

Saxena was one of two serving female Flight Lieutenants in the 1999 Kargil War, alongside Srividya Rajan. It's unclear if Rajan is part of the Netflix movie.

“Gunjan Saxena is a defining film based on a true story about a woman who showed unparalleled courage, and inspiration to many in the coming years,” Johar said in a mailed statement. “We are excited to partner with Netflix and share this fearless story about following your heart and your dreams with millions around the world.”

No release date has been announced as yet for Gunjan Saxena: The Kargil Girl. 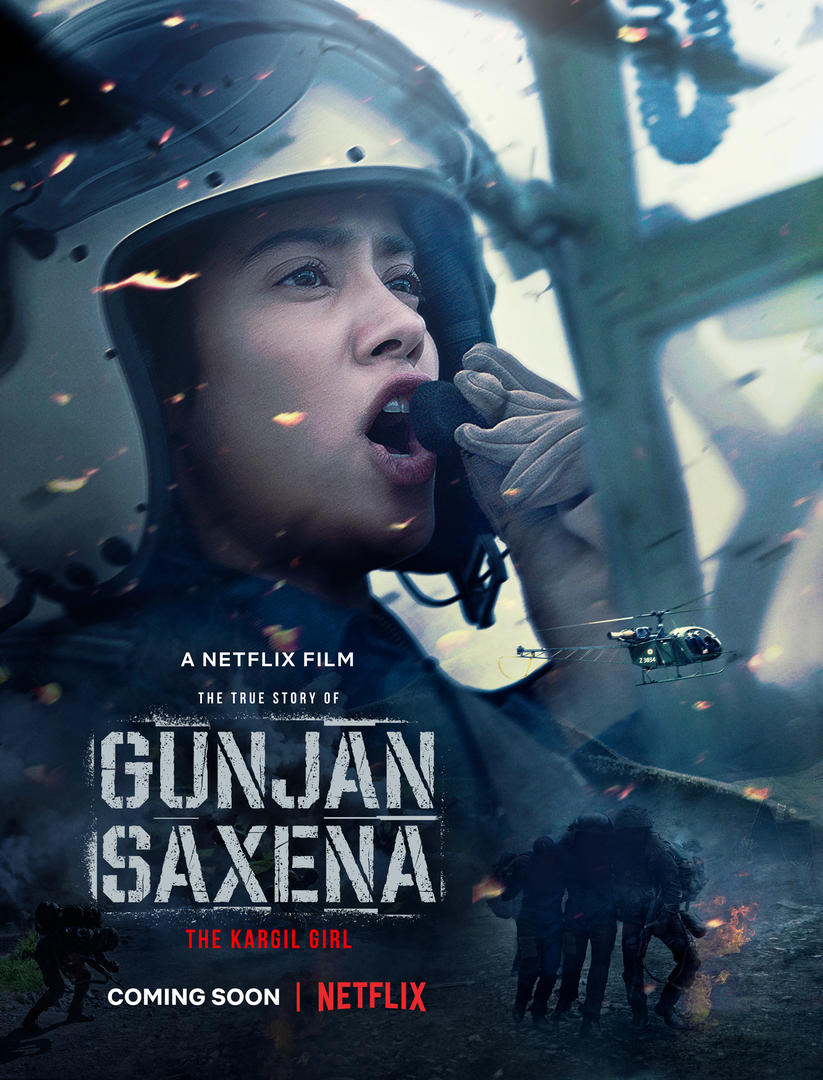 Further reading: Gunjan Saxena The Kargil Girl, Netflix, Netflix India, Janhvi Kapoor, Karan Johar, Dharma Productions, Zee Studios
Akhil Arora Email Akhil
Akhil Arora covers entertainment for Gadgets 360, interviewing stars such as Christian Bale and Anurag Kashyap, covering series premieres, product and service launches across the globe, and looking at American blockbusters and Indian dramas from a global socio-political and feminist perspective. As a Rotten Tomatoes-certified film critic, Akhil has reviewed over 150 movies and TV shows in over half a decade at Gadgets 360. When he is not completely caught up with new film and TV releases, Akhil ...More
Nokia 5310 Feature Phone Teased to Launch in India Soon
TSMC Says Could Fill Order Gap if Unable to Sell Chips to Huawei