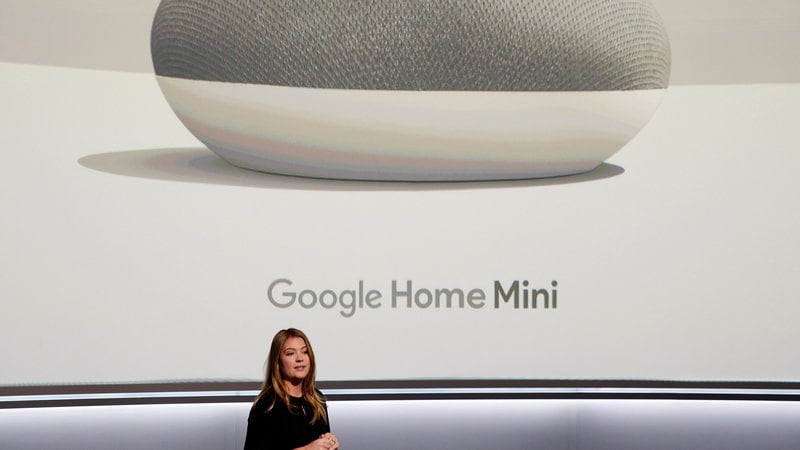 Alphabet's Google introduced audiobooks to its online store on Tuesday, making its smart speakers and virtual assistant more competitive with Amazon.com's Echo devices and Alexa voice assistant. Audiobooks are rolling out in 45 countries (including India) and nine languages.

Listening to audiobooks is among the most popular nighttime uses for smart speakers, a burgeoning type of home appliance that provides audio streams of music, news and other data based on user commands to an embedded virtual assistant.

But Google's Home speakers have lagged Amazon Echo in terms of audiobook features. Amazon-owned Audible, the top provider of audiobooks, has not been supported on Home and other speakers with Google Assistant.

"You can buy a single audiobook at an affordable price, with no commitments," he said in a blog post on Tuesday.

Audible offers one-off purchases but promotes a $14.95 (roughly Rs. 950) monthly subscription that includes one free download and 30 percent off further purchases. Amazon and Audible did not respond to requests to comment.

Google began selling ebooks in 2010. Hartrell told Reuters in a statement that audiobooks are being added because "our users are asking for them."

About 16 percent of US adults own a smart speaker, according to an Edison Research survey conducted in late 2017. The firm in conjunction with Triton Digital also found last spring that 30 percent of frequent audiobook listeners had used a smart speaker to take in an audiobook in the previous 12 months.

Thad McIlroy, an online book industry consultant, said audiobooks represent the only publishing category with "strong growth" so it makes sense for Google to challenge Amazon despite having a weak ebooks business.

Google-purchased audiobooks can be accessed through Google Play Books on the web, apps for Android and iOS devices or through Google Assistant in speakers, Android smartphones and "soon" cars with Android Auto, Hartrell wrote.

Mivi Makes in India, Starting With Smartphone Accessories
Snapchat to Let Users Share Stories Outside the App With a Link