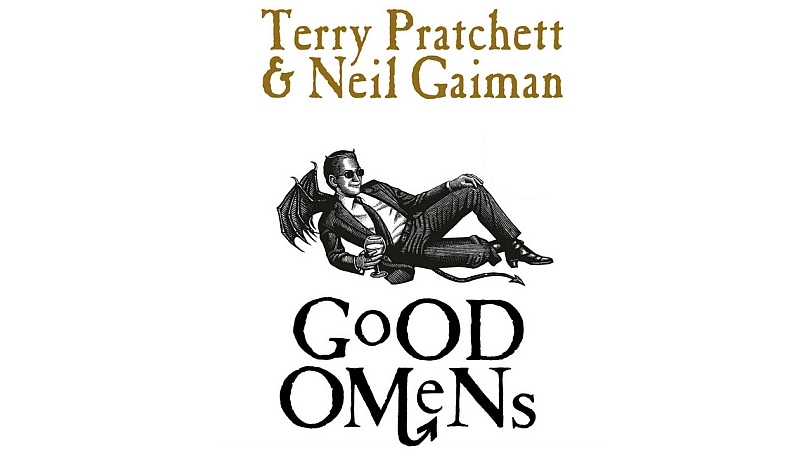 Fantasy fans have something great to look forward to. Amazon Studios on Thursday announced that Neil Gaiman and the late-Terry Pratchett's cult classic novel Good Omens will be released as a six-part mini series in 2018.

Each episode will be an hour long, Amazon Studios said, boasting that the mini-series has been written entirely by Neil Gaiman. He will also be the showrunner for the show. It will be co-produced by BBC Studios, Narrativia, and The Blank Corporation, in association with BBC Worldwide.

Apart from Amazon Prime Video, the series will be aired on BBC in the UK, after its premiere on the streaming service. Executive producers of the series are Neil Gaiman, Caroline Skinner (Doctor Who), and Chris Sussman (Fleabag) for BBC Studios, Rob Wilkins (Choosing to Die) and Rod Brown (Going Postal) for Narrativia.

While the original book was published in 1990, and set in the same time period, the new series will be set in 2018 itself. For those who haven't read the book, here's an introduction - it's possibly the funniest take on the Apocalypse ever conceived. The last member of the Witchfinder Army, a descendant of the only truly accurate prophet, the Anti-Christ himself, an angel and a demon, all collaborate to save the world from the end of days.

Neil Gaiman, writer, said: "Almost thirty years ago, Terry Pratchett and I wrote the funniest novel we could about the end of the world, populated with angels and demons, not to mention an eleven-year-old Antichrist, witchfinders and the four horsepeople of the Apocalypse. It became many people's favourite book. Three decades later, it's going to make it to the screen. I can't think of anyone we'd rather make it with than BBC Studios, and I just wish Sir Terry were alive to see it."

"Spanning not only the universe but also the entirety of time, Neil Gaiman has created a story that may be the largest ever told on television," said Joe Lewis, Head of Comedy and Drama, Amazon Studios. "We're excited to be working with BBC Studios to bring Neil's and Terry Pratchett's incredible book to life and to Prime members everywhere."