At San Diego Comic-Con 2018, Amazon provided a behind-the-scenes look, new artwork and a bit of casting news for Good Omens, its miniseries adaptation of Terry Pratchett and Neil Gaiman's 1990 novel that has a much longer title. It is slated to release in 2019 on Amazon Prime Video and will have a total of six hour-long episodes.

Starring Michael Sheen as the angel Aziraphale and David Tennant as the demon Crowley, who are representatives of Heaven and Hell on Earth, Good Omens finds the two working together to prevent the coming of the antichrist – the end of times, in other words – having become accustomed to life alongside mankind on the planet.

Frances McDormand – an Oscar winner for her role in Three Billboards Outside Ebbing, Missouri – was announced as the newest cast member by Gaiman on stage at Comic-Con. She'll be the "voice of God" and the narrator for Good Omens. The behind-the-scenes video includes production footage, concept art, and interviews with cast members. "It's sort of unlike any television show I've been involved in," Tennant says at one point.

Good Omens also stars Jon Hamm as Archangel Gabriel, the leader of the forces of Heaven; Anna Maxwell Martin as Beelzebub, the leader of the forces of Hell; Josie Lawrence as Agnes Nutter, a witch living in the 17th century; Adria Arjona as Anathema Device, Agnes Nutter's last descendant and a witch herself; and Nick Offerman as the U.S. Ambassador and father of the child Warlock.

Gaiman is the showrunner and writer on Amazon's Good Omens, which has been produced by BBC Studios in collaboration with Narrativia – Pratchett's production company now led by his daughter Rhianna – and The Blank Corporation. All six episodes of the series have been directed by Douglas Mackinnon (The Flying Scotsman, Doctor Who).

Good Omens will premiere in 2019 on Amazon Prime Video in India and around the world, except the UK where it'll air on BBC Two. 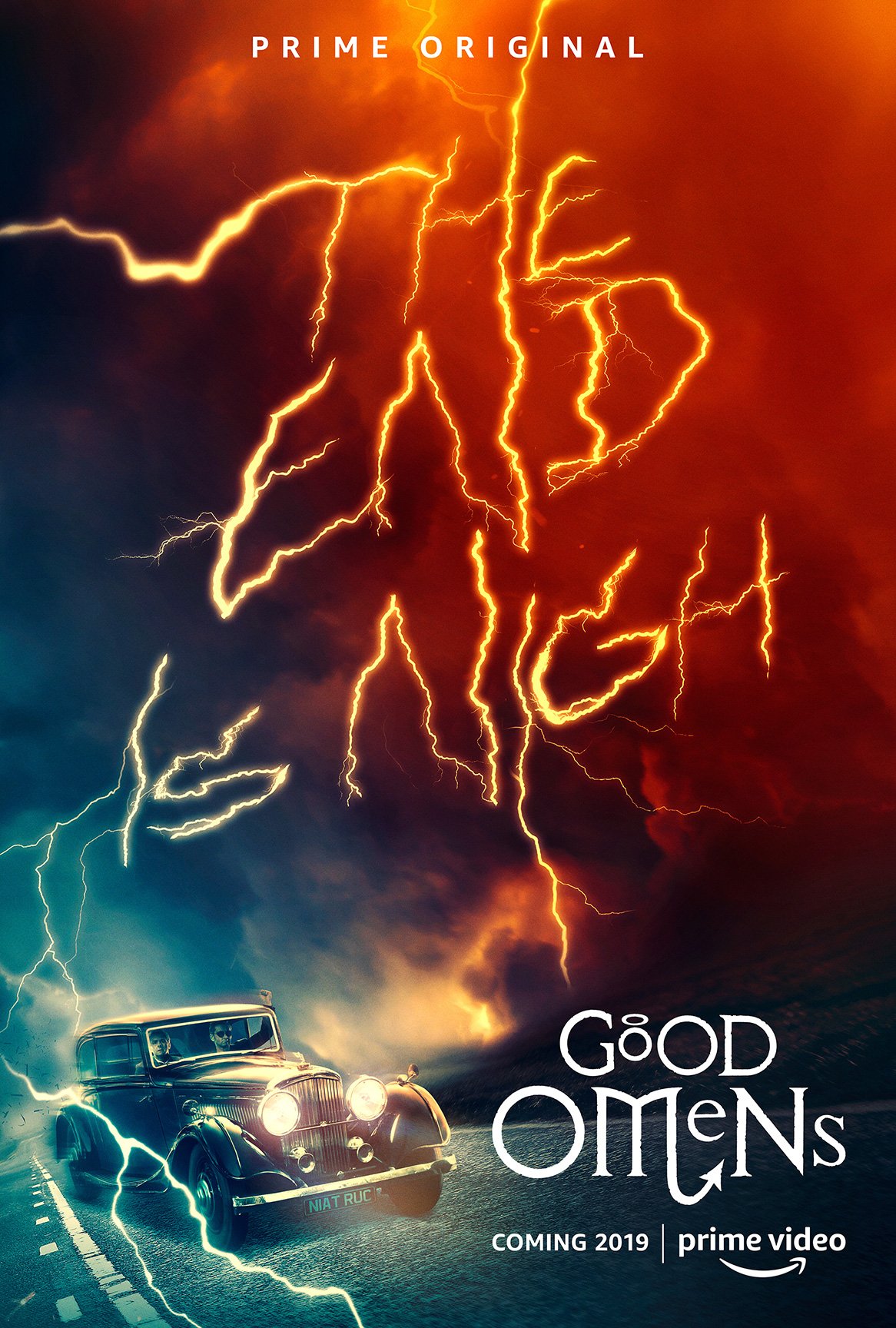