Game of Thrones Cast Agrees That Season 8 Is Bad

While Game of Thrones had been stumbling in some ways ever since it left George R.R. Martin's books behind, the HBO epic fantasy series has really gone wayward in its eighth and final season, with the past two episodes — “The Last of the Starks” and “The Bells” — being received as the worst episodes in Thrones' history to date by audiences and critics alike. And now, Game of Thrones cast members are being slightly more open about it as well, per two new interviews with Conleth Hill and Pilou Asbæk, who play Varys and Euron Greyjoy on the show, respectively.

Spoilers ahead for Game of Thrones season 8 episode 5.

Both Varys and Euron were killed this week on Game of Thrones in “The Bells”, the former burnt by Daenerys Targaryen for committing treason and the latter stabbed to death by Jaime Lannister. Speaking with Entertainment Weekly, Hill expressed his disappointment at how Varys had fared in recent seasons as Game of Thrones turned towards more epic spectacle.

“That's been my feeling the last couple seasons, that my character became more peripheral, that they concentrated on others more,” Hill told EW. “That's fine. It's the nature of a multi-character show. It was kind of frustrating. As a whole it's been overwhelmingly positive and brilliant, but I suppose the last couple seasons weren't my favourite.”

“I loved the travelling with [Tyrion actor Peter Dinklage] and just the two of us in that cart,” Hill added. “I think the stuff that was said in there understood the nature of freaks and outsiders so precisely. In a way, that was lost when we got past [the narrative in George R.R. Martin's] books. That special niche interest in weirdos wasn't as effective as it had been.

“Last season and this season, there were great scenes and then I'd come in and kind of give a weather report at the end of them — ‘film at 11.' So I thought he was losing his knowledge. If he was such an intelligent man and he had such resources, how come he didn't know about things? That added to my dismay. It's now being rectified with getting a great and noble ending. But that was frustrating for a couple seasons.” 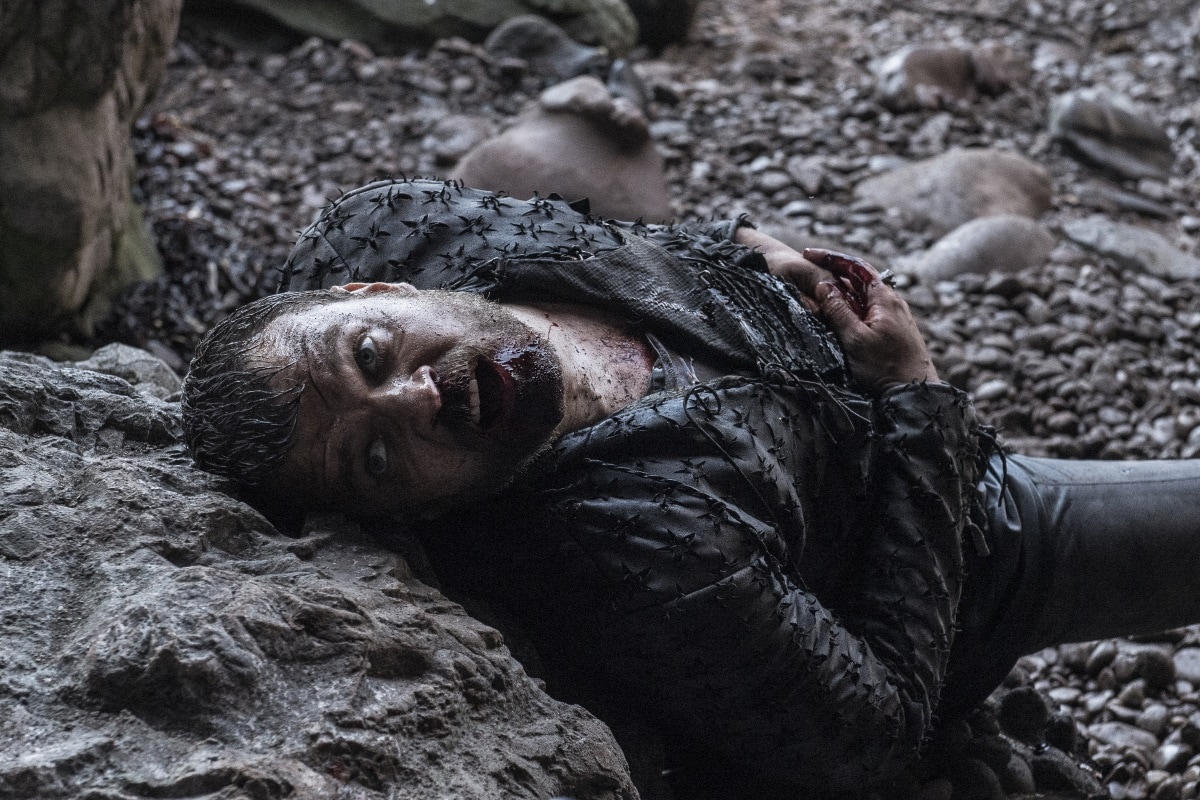 Asked by IndieWire what he would have liked for Euron, Asbæk said: “I wish we could've seen — not the seducing side, not the ‘I want to f--k the queen' side — but something different. Maybe something [darker], more mysterious. It would have been fun to see that side because it's closer to the books.”

Asbæk also touched upon Euron's foolishness in not realising that Cersei had lied to him given Tyrion knew about the baby. He put it down to Game of Thrones creators David Benioff and D.B. Weiss not putting “importance” on that story thread, and because of how the scene was filmed.

“When we did that scene, you have to remember Lena [Headey, who plays Cersei] and I and The Mountain, everyone was standing 85 metres away from Peter [Dinklage, who plays Tyrion],” Asbæk said. “Peter's not a guy who likes to shout. I couldn't hear a word of what he said. So I had no idea that he mentioned the baby. Because if I had or if I had read the script, I would've looked at Cersei, like ‘What? Hey, how can he know? What's going on?' No one could be that stupid, except an actor who hadn't read the script, probably. I only read my own lines. I did the Michael Caine method.”

“I wanted to be surprised when I watched it,” Asbæk added. “I wanted to be seduced by it like the rest of the world. That said, that wasn't a plotline for Dan and David to follow up because they didn't think that was important.”

Choosing not to focus on what would have been a major revelation in past Game of Thrones seasons shows how hurried the show has become in recent years. Cersei being caught in a lie could have broken up her alliance with Euron, which would change the approach to her war with Daenerys, but clearly the writers couldn't be bothered to follow through with that.

Meanwhile, over the weekend, a YouTuber compiled bits and pieces of the Game of Thrones cast members talking about seasons 7 and 8 from various interviews, which features Kit Harington terming the final season “disappointing” before half-heartedly adding: “Epic, I dunno, one of those.” Dinklage pointed out the stupidity of putting women and children alongside dead bodies in the Winterfell crypts when the Night King is coming, noting: “Tyrion, he's smart but I guess not that smart.”

And appearing at a BFI panel in April alongside Jacob Anderson, who plays Grey Worm, Gendry actor Joe Dempsie noted that character development went out of the window on season 7, before adding: “I really need to shut up now.” “You're brave,” Anderson said in response, and then burst out laughing.

Further reading: Game of Thrones, Game of Thrones season 8, HBO, Hotstar
Akhil Arora Email Akhil Akhil identifies himself as a stickler for detail and accuracy, and strongly believes that robots will one day take over most human jobs. In his free time, you will find Akhil beating the computer at EA Sports FIFA or streaming new highly-rated TV series. More
Facebook to Pay US Content Reviewers More Amid Criticism
Twitter Says It Mistakenly Collected and Shared Location Data of Some iOS Users

Game of Thrones Cast Agrees That Season 8 Is Bad
Comment