Game of Thrones Season 7 Trailer: The Great War Is Here 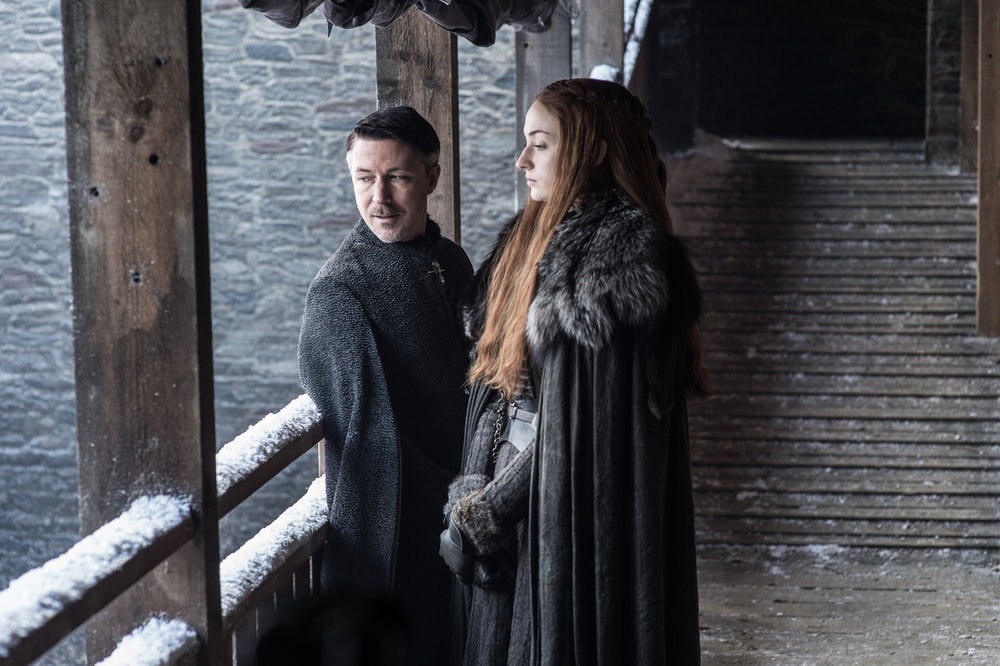 After a couple of teasers, HBO has finally dropped the first full-length trailer for Game of Thrones’ upcoming seventh season, featuring newly crowned Cersei Lannister, mother of dragons Daenerys Targaryen, and King in the North Jon Snow front and centre. Those are the three pillars that are going head-to-head for an all-out war in Westeros, while the greatest threat aka the White Walkers, appear to gather off-screen.

The trailer begins in an almost melancholic fashion, with Cersei noting how King’s Landing is surrounded by “enemies to the East, enemies to the West, enemies to the South, and enemies to the North”. She’s standing on a giant map of Westeros itself, surveying their prospects, and then adds: “Whatever stands in our way, we will defeat it.”

Over shots of the Casterly Rock army marching, and a troubled Ser Jaime, Cersei calls themselves the “last Lannisters, the last ones who count”. With the second half of that line, Tyrion appears on screen, walking on the edge of a cliff, as three huge dragons fly across. You know what that means.

To the sound of drums beating, the doors to Dragonstone – formerly the seat of the slain Stannis Baratheon – open for Daenerys, who declares: “I was born to rule the Seven Kingdoms. And I will.” There are shots of the Unsullied running under an arch painted with the House Lannister sigil, which suggests that the Targaryen forces will breach the walls of Casterly Rock at some point in this season.

Elsewhere, Littlefinger is encouraging Sansa Stark to make something of her name, now that her father and her brother are gone. We also spot a harried Theon Greyjoy, Melisandre spying high over a narrow passage, a group of Wildlings running, and Arya travelling all by herself.

Over even more battle scenes, Ser Davos Seaworth says: “If we don’t put aside our enmities, and band together, we will die. And then it doesn’t matter whose skeleton sits on the Iron Throne.” The way that shot is lit and edited next to Daenerys standing in Stannis’ old war chamber, it does seem he’s now counselling the Targaryens.

The trailer ends with a voice declaring that “the Great War is here”. With just seven episodes in the show’s penultimate run, the showrunners seem to be packing a lot in. David Benioff, co-showrunner with D.B. Weiss, said as much in an interview with Entertainment Weekly: “[It’s] really about trying to find a way to make the storytelling work without feeling like we’re rushing it.”

Game of Thrones season 7 premieres July 16 on HBO, July 17 on Hotstar, and July 18 on Star World.

Sensy Is a Smart Remote App That Brings TV Guides to the Internet Era
Acer Nitro 5, Iconia Tab 10, Iconia One 10, Spin 1 Refresh Launched Ahead of Computex