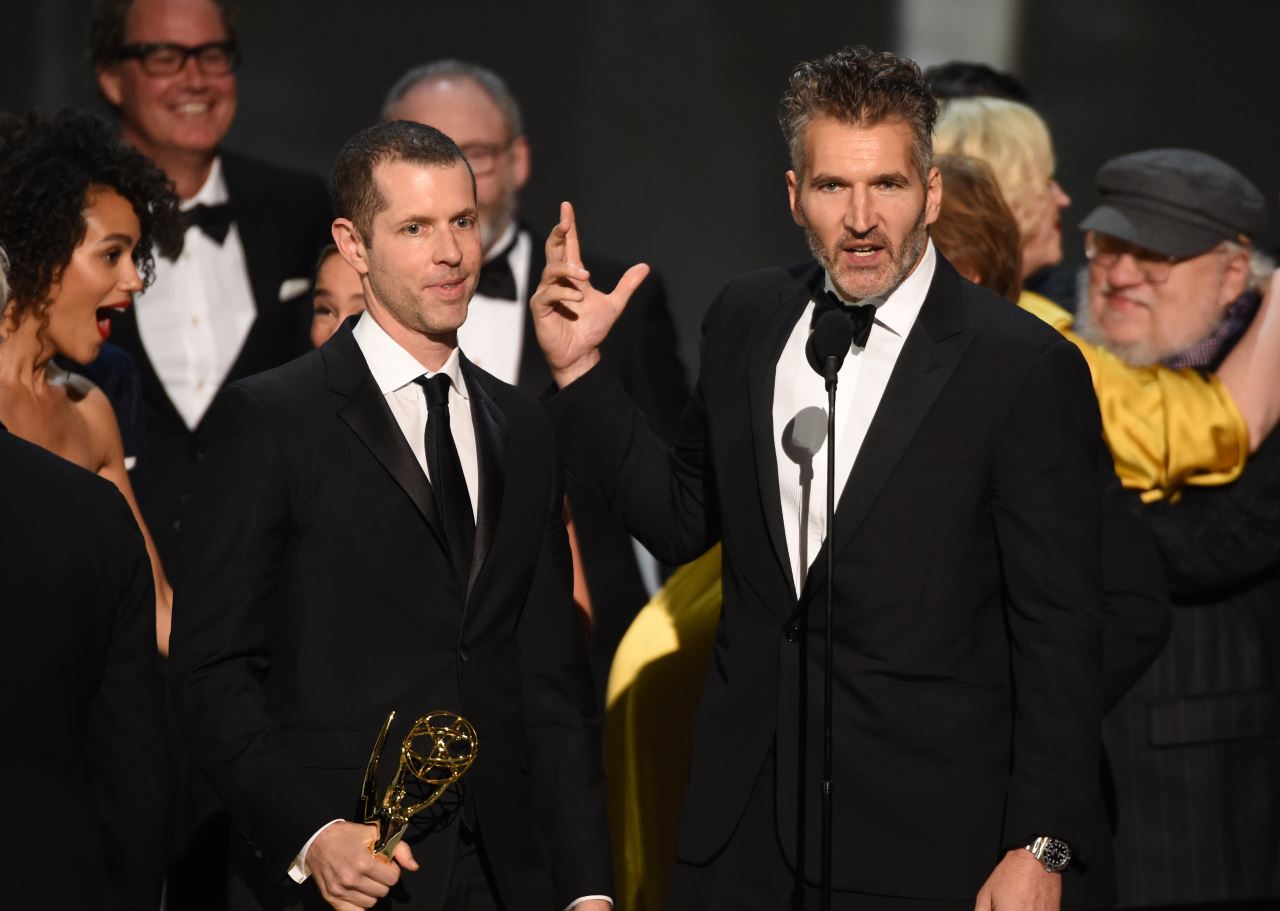 Game of Thrones' D.B. Weiss and David Benioff at the 2018 Emmys

Game of Thrones won the award for best drama series at the 2018 Emmys, adding to its two previous wins in 2015 and 2016. It’s officially known as the ‘Primetime Emmy Award for Outstanding Drama Series’. In doing so, the HBO fantasy epic became only the second show to win for its seventh season, after Law & Order in 1997. Interestingly, its previous win in 2016 was also the second time a show had won for its sixth season, after The Sopranos in 2007.

“Writing for these actors is the honour of a lifetime but we didn’t invent these characters, that was George R.R. Martin,” co-showrunner David Benioff said in his acceptance speech, while standing next to the cast and Martin. “The show could not be without the mad genius of George. Thank you for letting us take care of your people. HBO, there’s no better place to work.”

“The show is only as good as the people who make it,” co-showrunner D.B. Weiss added. “And we are blessed and lucky to have the greatest cast, the greatest crew, and the greatest team of producers led by the indubitable Bernie Caulfield. This is the woman who actually makes the show, the rest of us order lunch. It is a honour to work with them from Spain to Iceland, all the way to our home base of Belfast, Northern Ireland.”

Earlier in the night, Peter Dinklage picked up the 2018 Emmy for Outstanding Supporting Actor in a Drama Series, which was also his third after wins in 2011 and 2015. Game of Thrones now has a record 47 total Emmy awards, improving on its own record of 38 from 2016. The show picked up seven wins at the 2018 Creative Arts Emmys last week.

Thrones was nominated in five categories going into Monday’s main Emmys ceremony, of which it won two. The show was bested by fellow HBO drama Westworld in the supporting actress field, with Thandie Newton winning ahead of Lena Headey; Netflix’s The Crown won in the directing space; and FX’s The Americans picked up the writing award.

Game of Thrones returns in 2019 for its eighth and final season.

Xiaomi Sends Invites for September 27 Event, May Launch Mi Band 3 in India
Twitter Goes Back to Pure Chronological Timeline for All Users