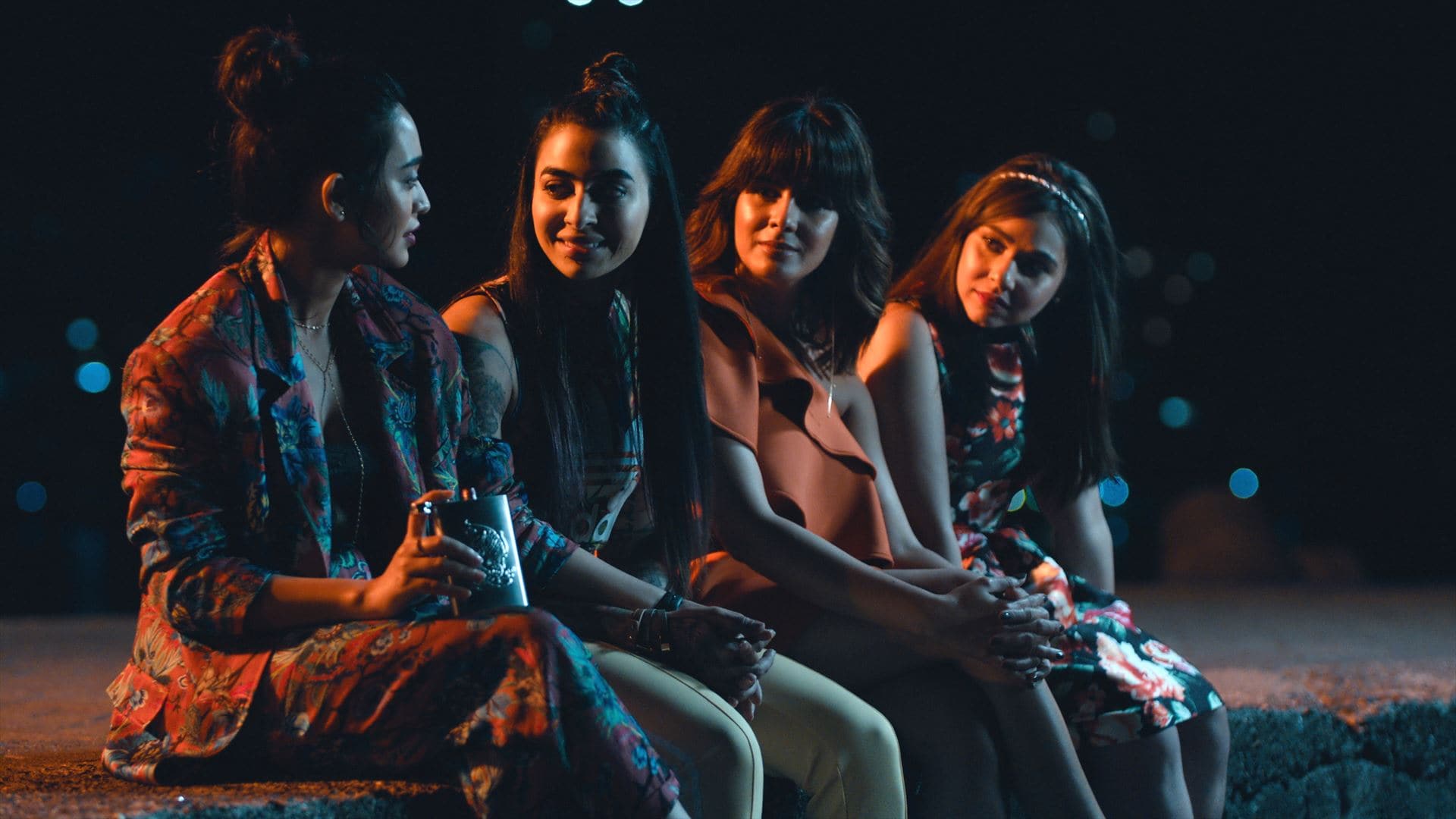 Amazon Prime Video has released episode titles and synopsis for all 10 episodes of its upcoming original comedy series, ‘Four More Shots Please!'. The episode titles are: “Ambitious. Prude. Feminist. Slut.”, “Strong Girls Don't Break.”, “Long Way From Ludhiana.”, “Ex Why Zzz”, “Love Her. Hate Her.”, “F**k This Bar.”, “Gone Girls”, “Fam-Jam-Wham-Bam”, “Reality Bites”, and “Dancing on the Edge”. Naturally, the episode synopses are spoiler-y in nature, so we will include them at the bottom for those who wish to watch Four More Shots Please! with a clean slate. Starring Sayani Gupta (Inside Edge), Kirti Kulhari (Pink), Bani J (MTV Roadies), and Maanvi Gagroo (Tripling), the new Amazon series is out Friday, January 25.

“Four More Shots Please! revolves around the lives of four very different women each fighting their own individual battles and tackling life as it comes. Based in the southern tip of Mumbai, the city that never sleeps, these four friends get together every couple of days to binge talk and get smash drunk at their favourite garage bar, ‘Truck'. It's the magic of pure, unadulterated and yet sometimes flawed, friendship. Four More Shots Please! is the urban, millennial Indian woman's gaze, a slice-of-life, brutally realistic portrait of what it is like to be in a country caught in a constant battle between the traditional and modern, to be a thinking woman, to be free in a country caught up in chains and to be honest in a country that thrives on hypocrisy.”

Here are the synopses for all 10 episodes of Four More Shots Please! from Amazon:

“Damini has a battle to fight with her board of directors and an itch that won't go away. All hinges on the final hearing of a crucial court case which is in Anjana's hands. Anjana has to deal with a new entrant in Arya's life. Siddhi's mother makes Siddhi's marriage resume her personal project. Umang has a confrontation with a sweaty client at work which leaves her mortified. It's disaster week!”

“Along with being schooled on feminism and dealing with an irregular cycle, Damini finds herself being surprisingly open with Jeh. Anjana finally meets Varun's new girlfriend and has an allergic reaction to her. Siddhi goes on a blind date set up by her mother that ends in a climactic manner. A gym client can't seem to keep his hands to himself but Umang gives him a lesson he'll never forget.”

“Umang gets a new private training client who leaves her tongue-tied. Miss VeeVee makes an appearance to help Anjana feel better. Damini gets trolled and has to deal with a new hire at work. Jeh comes to her rescue with a new 'pet' project. Sneha takes a drastic step to get Siddhi in shape. Siddhi makes a new bestie but his idea of being open and free isn't exactly what Siddhi has in mind.”

“Anjana has her hands full with Amma, Kavya, a toddler birthday party and an inflexible boss. Varun is moving on, but can she? Siddhi's got cam-girl on her mind but isn't sure if she can take the next step. Samara and Umang take their work-outs to the next level. Akanksha takes charge and Damini loses control. Can Kutta and Jeh be her salvation?”

“Siddhi and Sneha's strained relationship comes to a head when Sneha gets a nasty surprise at a baby shower. Miss VeeVee is excited for her first 'meet and greet' and Anjana is desperate to rein her in. Umang and Samara take the next big step in their relationship. Damini has a breakdown but the doctor is there with the right medicine.”

“Flashback to three years ago, when the girls met for the very first time. Things have changed yet remained the same. Memories and nostalgia help the girls take stock of their lives and make certain decisions in their present.”

“A surprise birthday, a bonding trip and a music fest — the girls take on Goa. Old loves, new loves and lost loves are all on the cards. But sometimes too much partying can lead to unintended consequences, especially when you don't remember what exactly happened the night before!”

“The girls have to deal with what happened the night before. Siddhi is suffering from the ‘MALV' syndrome. Anjana isn't quite sure what to do with Arjun. Umang is adrift not knowing where her relationship stands and Damini gets some nasty news that she can't deal with. And to top it all off-- there are those three men to deal with.”

“It's Diwali. A new year and new beginnings. Damini and Jeh are sending some good vibrations to the world and the troll story gains traction. Varun meets Arjun for the first time, Mihir has a surprise for Siddhi and Umang has to deal with unexpected visitors. Fireworks aren't the only thing that will be exploding tonight.”

“When your world spirals out of control, the only thing to do is to hang on as desperately as you can. And that's what Damini, Anjana, Siddhi and Umang need to do. Relationships and friendships are put to the test with decisions to be taken, fires to be put out and fall-outs to be dealt with. All isn't well. All might not end well.”