Fantastic Beasts: The Crimes of Grindelwald Gets New Trailer at San Diego Comic-Con 2018 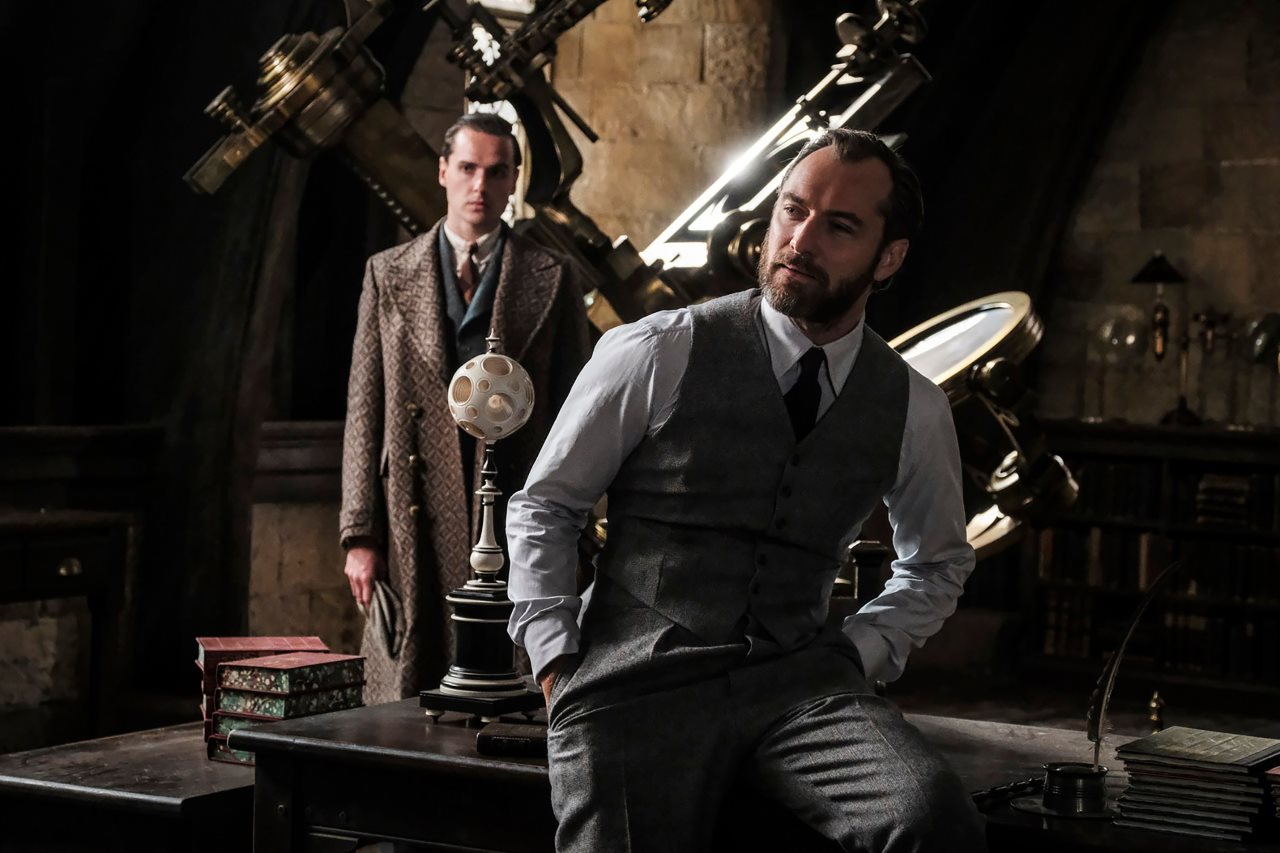 Jude Law as Albus Dumbledore in Fantastic Beasts: The Crimes of Grindelwald

At San Diego Comic-Con 2018, Warner Bros. unveiled a new trailer for Fantastic Beasts: The Crimes of Grindelwald, the second instalment in Harry Potter author J.K. Rowling's expanded wizarding world, which returns to Europe after its New York-setting in 2016's Fantastic Beasts and Where to Find Them. The sequel is centred on a young Albus Dumbledore (Jude Law) teaming up with his former student – now a self-proclaimed magizoologist and author – Newt Scamander (Eddie Redmayne) to thwart dark wizard Gellert Grindelwald (Johnny Depp) as he starts gathering followers to further his agenda of wizards and witches grabbing power from the Muggles.

The new Crimes of Grindelwald trailer further sketches out Scamander's backstory and the state of the wizarding world in early 20th-century, introducing us to Hogwarts decades before we know it as. Grindelwald has escaped custody as promised after his capture at the end of the first film, which has prompted Dumbledore to secretly employ Scamander, much to the ire of the Ministry of Magic. The trailer even includes a look at alchemist Nicolas Flamel (Brontis Jodorowsky), the maker of the Philosopher’s Stone. He was mentioned by name in the Potter books, but this will be his first appearance in the flesh.

Written by Rowling herself and directed by Potter film franchise veteran David Yates, Fantastic Beasts: The Crimes of Grindelwald finds Katherine Waterston, Dan Fogler, Alison Sudol, and Ezra Miller reprising their roles, respectively, as an Auror and Scamander's love interest Tina Goldstein, WWI vet and a friend of Scamander, Jacob Kowalski, whose memory was wiped at the end of the first film being a No-Maj, a Legilimens and sister to Tina, Queenie Goldstein, who's also a love interest for Kowalski, and an abused adopted child Credence Barebone, whose Obscurus caused havoc in the first film.

Joining them are Zoë Kravitz, Callum Turner, Claudia Kim, and Carmen Ejogo. Kravitz had a cameo as Leta Lestrange in the 2016 original and is set to return for a bigger role in the sequel. Turner plays Newt's elder brother Theseus Scamander, a war hero in WWI who's engaged to Lestrange. Kim is an unidentified Maledictus, who carries a blood curse that transforms her into a beast. Ejogo returns as the President of MACUSA (Magical Congress of the United States of America) from the first film.

The Crimes of Grindelwald will be the second of five planned entries in the Fantastic Beasts franchise, which is a prequel spin-off to the Harry Potter film series. In an interview last week, Law revealed that Dumbledore and Grindelwald do not share any scenes in The Crimes of Grindelwald. That's likely because Rowling has three more films to detail their rivalry before it comes to a head with the legendary duel in 1945, which ended the global wizarding war for good. Rowling's Wizarding World closely follows real-life historical events, in this case World War II.

Depp's casting has been the subject of much controversy due to domestic violence allegations from ex-wife Amber Heard, which has drawn further criticism in the light of the bigger #MeToo social movement sparked by revelations of sexual assault perpetrated by powerful men in Hollywood. Interestingly, both Rowling and Yates have chosen to defend his casting, with the author implying that fans don't have the full story owing to non-disclosure agreements, and the director dismissing Depp's ex-wife Amber Heard's claims and suggesting that talent excuses abuse.

Fantastic Beasts: The Crimes of Grindelwald is out November 16 in theatres worldwide.