Fantastic Beasts 3: Mads Mikkelsen Said to Be in Talks to Replace Johnny Depp as Gellert Grindelwald

Depp was asked to leave the role after he lost a libel suit over the phrase “wife beater.” 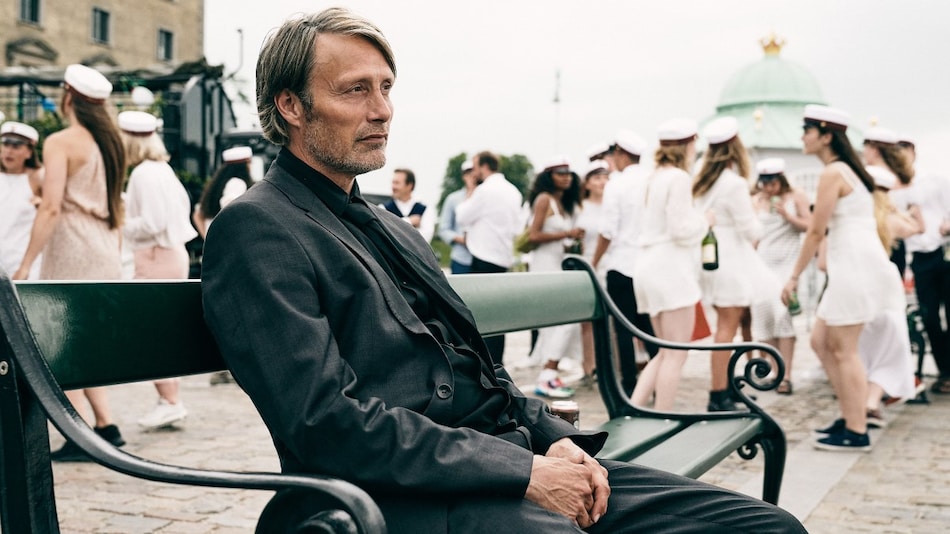 Mads Mikkelsen in Another Round

Mads Mikkelsen is reportedly in early negotiations to replace Johnny Depp as the dark wizard Gellert Grindelwald in the upcoming as-yet untitled Fantastic Beasts 3, the third entry in the five-film Harry Potter spin-off saga. Depp left the role earlier this week at the request of studio Warner Bros., after he lost a libel suit against British tabloid The Sun, which had described him as a “wife beater.” The London High Court judge ruled that Depp had repeatedly assaulted former wife Amber Heard and as such, The Sun article was “substantially true.” Depp plans to appeal the verdict.

Deadline first brought word of Mikkelsen's potential hiring for the Fantastic Beasts franchise, noting that director David Yates — who has helmed every Wizarding World movie since 2007's Harry Potter and the Order of the Phoenix — has picked the 54-year-old Danish actor as he is a “big fan.” Mikkelsen is best known for his turn as Dr. Hannibal Lecter in psychological horror-thriller series Hannibal, the Bond villain in Casino Royale, the antagonist Kaecilius in the Marvel movie Doctor Strange, and the lead role in the Oscar-nominated Danish drama The Hunt.

While Fantastic Beasts 3 is currently in production in the UK, Depp had filmed just one scene before he was asked to leave. He is still set to get his full salary for Fantastic Beasts 3 thanks to a contract clause. Still, Mikkelsen wouldn't have to do much to catch up. If he joins, Mikkelsen will star alongside the likes of Eddie Redmayne, Jude Law, Katherine Waterston, Dan Fogler, Alison Sudol, Ezra Miller, Callum Turner, Jessica Williams, and Victoria Yeates.

Behind the scenes, Yates is working off a script written by Steve Kloves and Harry Potter author J.K. Rowling, who has herself been under the spotlight much like Depp for her transphobic comments, and the vehement defence of said comments. Both Rowling and Yates had even defended Depp's presence in Fantastic Beasts in 2018, with the author saying she was “genuinely happy to have” him and implied that fans don't have the full story, while the director dismissed Heard's claims and suggested that talent excuses abuse.

Fantastic Beasts 3 is slated to release July 15, 2022 in cinemas worldwide, delayed eight months due to COVID-19 and Depp's departure.