Fahrenheit 451 Is Coming to HBO With Michael B. Jordan and Michael Shannon 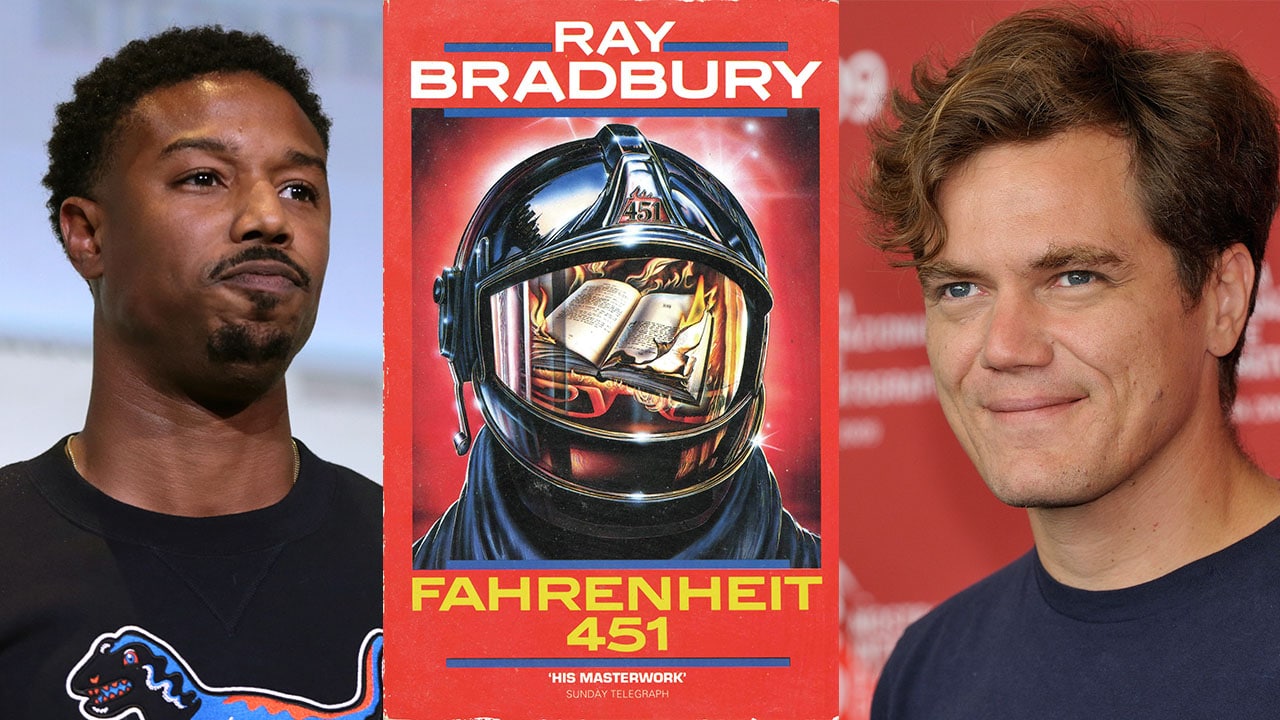 Ray Bradbury’s dystopian novel, Fahrenheit 451, is going into cinematic adaptation at HBO Films, according to Variety.

Michael B. Jordan (Creed) and Michael Shannon (Man of Steel) have been tapped to star, with 99 Homes writer-director Ramin Bahrani attached to helm the feature production. Bahrani and fellow 99 Homes co-writer Amir Naderi will pen the adaptation.

While the project is in early development, Variety has learned that “the project is moving toward a production commitment at HBO”. If that happens, Jordan is expected to play Guy Montag, the “Fireman” at the centre of the narrative, with Shannon playing the role of his boss, Captain Beatty.

In the world of Fahrenheit 451, all literature is outlawed and “firemen” are tasked with burning any books they find to suppress any dissenting ideas. Bradbury was influenced by the political repression in the McCarthy era post World War II, and has also described his work as commentary on how television – and mass media, in general – can destroy interest in reading literature.

The book has won many awards since publication in 1953, and was first adapted for the screen by famous French director François Truffaut in 1966. Since then, Fahrenheit 451 has largely been restricted to the stage or radio plays. Nevertheless, the book endures as a classic owing to the themes it tackles, which threaten to bubble up repeatedly.