Before he gets back to playing Thor, Hemsworth is donning a more serious skin.

As promised, the Extraction trailer is here. Netflix has unveiled a three-minute trailer for the Chris Hemsworth-led action thriller movie about weapons dealers and drug traffickers, from the makers of Avengers: Endgame — directed by Endgame's stunt coordinator Sam Hargrave, off a script by Endgame's co-director Joe Russo — which gives us our first proper look at the characters played by Extraction's other cast members: Pankaj Tripathi (Mirzapur), Priyanshu Painyuli (Bhavesh Joshi Superhero) play the biggest drug lords of India and Bangladesh, Golshifteh Farahani (About Elly) is on the operations team, and David Harbour (Stranger Things) makes an appearance as an advisor of sorts. Randeep Hooda (Highway) appears for a split second in the Extraction trailer, so you might very well miss him.

Set in the underworld of weapons dealers and traffickers, Extraction follows a mercenary for hire named Tyler Rake (Hemsworth), who is paid to rescue the kidnapped young son (Rudhraksh Jaiswal) of a Bangladeshi businessman and crime lord (Painyuli). The son becomes a pawn in a war between notorious drug lords inside one of the world's most impenetrable cities, Dhaka. Though the Netflix film is technically set in the Bangladesh capital city, Extraction was actually filmed in Ahmedabad and Mumbai. Dhaka has been inserted into Extraction with the help of visual effects. Extraction also filmed in Ban Pong and Ratchaburi in Thailand.

Hargrave marks his directorial debut on Extraction, having previously performed stunts in over 80 movies, including Marvel Cinematic Universe entries Endgame, Infinity War, Civil War, and Thor: Ragnarok. Joe Russo is also a producer on Extraction alongside his brother and Endgame co-director Anthony Russo, in addition to Mike Larocca, Eric Gitter, Peter Schwerin, and Hemsworth. Extraction is a production of AGBO Films — that's the Russo brothers' banner — and TGIM Films, which previously produced the Charlize Theron-starrer, Atomic Blonde, on which Hargrave was also stunt coordinator.

Extraction is out April 24 on Netflix in India and elsewhere. 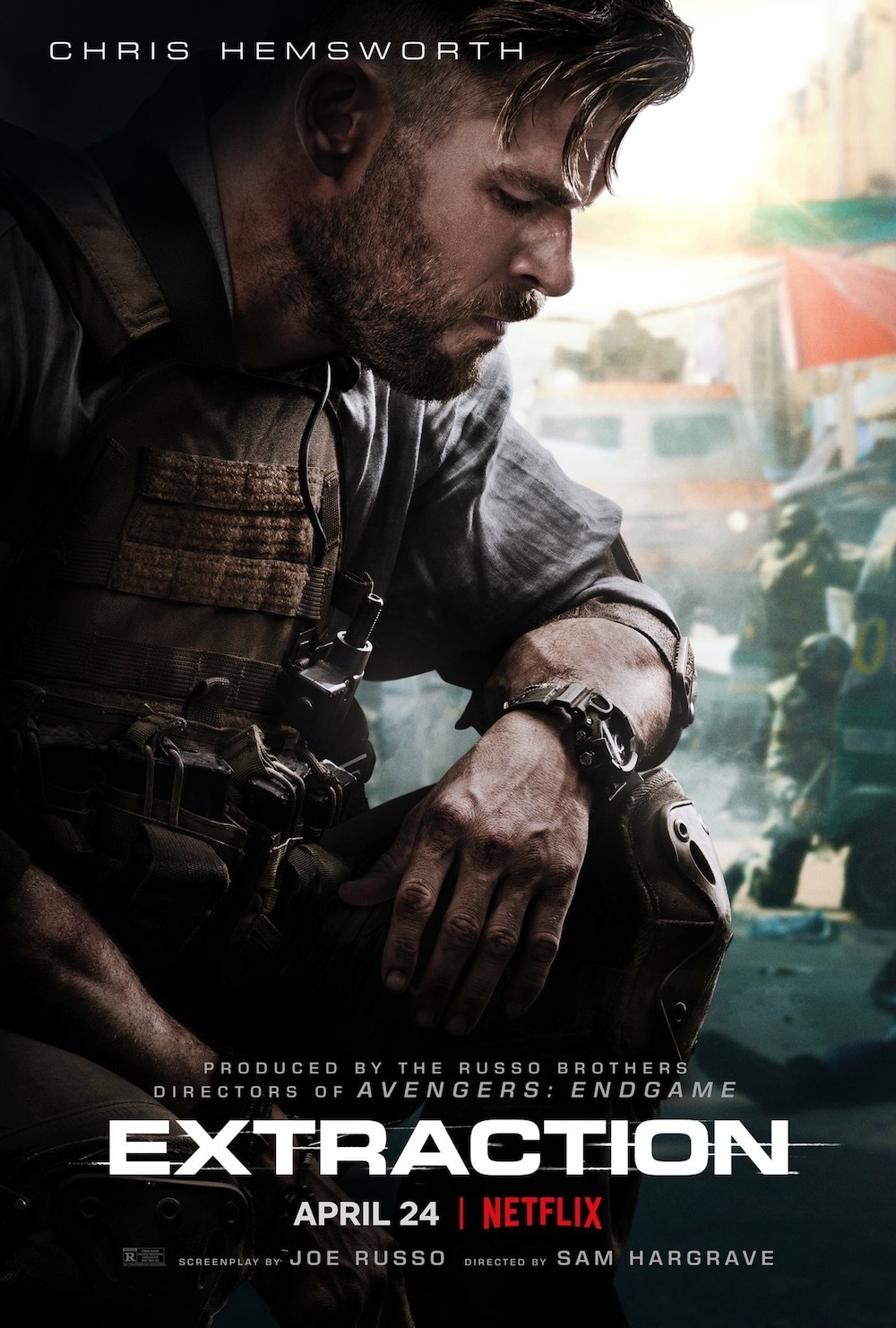