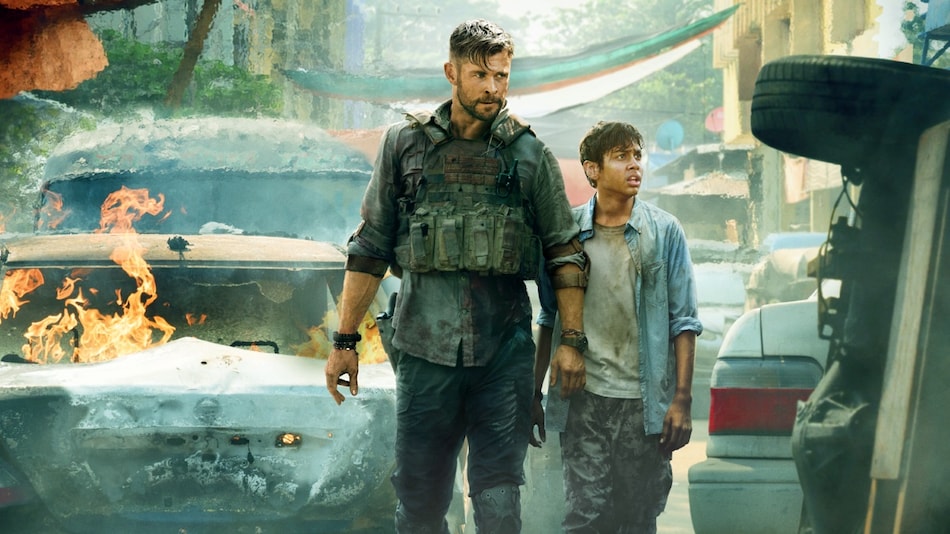 The trailer for Extraction — the Chris Hemsworth-led action thriller movie from the makers of Avengers: Endgame — will premiere Tuesday, April 7 at 3pm IST, Netflix has announced. The world's biggest subscription-based streaming service is calling it an “exclusive” as it will debut on Netflix India's YouTube page before other Netflix accounts, though that matters little given YouTube is the same for everyone globally. If you'd like a notification from YouTube, use the link below to open YouTube and set a reminder. Note: you'll need to be logged in, be it the YouTube app or YouTube.com on a computer.

In addition to Hemsworth, Extraction stars newcomer Rudhraksh Jaiswal, Randeep Hooda (Highway), Golshifteh Farahani (About Elly), Pankaj Tripathi (Mirzapur), Priyanshu Painyuli (Bhavesh Joshi Superhero), and David Harbour (Stranger Things) among others. If you're wondering what's up with all the Indian actors, that's because Extraction — though “set” in Bangladesh — filmed in Ahmedabad and Mumbai in late 2018. It follows a mercenary for hire (Hemsworth), who's tasked with rescuing the kidnapped young son (Jaiswal) of a Bangladeshi businessman and crime lord.

Behind the scenes, Avengers: Endgame stunt coordinator Sam Hargrave makes his directorial debut on Extraction, which has been written by Endgame co-director Joe Russo. Joe is also a producer on Extraction alongside his brother and fellow Endgame co-director Anthony Russo, in addition to Mike Larocca, Eric Gitter, Peter Schwerin, and Hemsworth. Extraction is a production of AGBO Films — that's the Russo brothers' banner — and TGIM Films, whose only other production till date was the Charlize Theron-starrer action spy thriller, Atomic Blonde.

Extraction is out April 24 on Netflix in India and elsewhere.