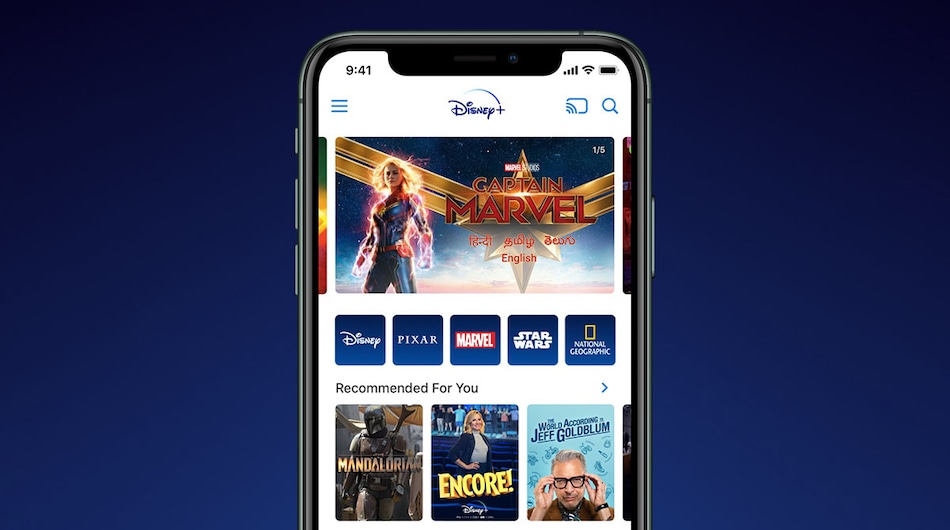 How Disney+ Hotstar will look after launch

Disney+ unexpectedly went live on Wednesday in India on Hotstar, bringing its full slate of originals, featuring the likes of the first-ever live-action Star Wars series The Mandalorian, and a design refresh, consisting of a new Disney+ Hotstar logo, a new Disney+ tab, and new home screens. But not everything was available on every device — and to everyone. After choosing to keep mum for several hours, Hotstar has finally cleared the air on why that is, noting that the new Disney+ Hotstar app is being beta tested for a select group of users.

From Marvel to Star Wars, Every Disney+ Original Coming to Disney+ Hotstar

In a prepared statement to Gadgets 360, a Hotstar spokesperson said: “A limited release of the beta version of the Disney+ Hotstar app is currently being tested with a small number of consumers, in preparation for the full-fledged app launch on 29th March.” If you were wondering why you didn't have access to the new Disney+ Hotstar app user interface, that explains it. And for those wondering what in the world we're talking about, scroll up to see what Hotstar will look like after the Disney+ rollout.

That also explains why Disney+ went live over two weeks — eighteen days, if we're being precise — before schedule, though it's still not clear why the rollout has been haphazard.

We've heard, and experienced, multiple cases of Hotstar subscribers being unable to access Disney+ content. And late on Wednesday, just over 12 hours after rollout, most of the Disney+ content was hidden from search. You can still access everything from the direct links, for what it's worth.

Clearly, everything is in flux at the moment, which is sort of the point of a beta test. An eighteen-day soft launch gives Hotstar time to work out the kinks and bugs that could've otherwise spoilt user experience post “the full-fledged launch”.

The new Disney+ Hotstar app will be available March 29 — the start of the 2020 Indian Premier League season — to everyone in India.