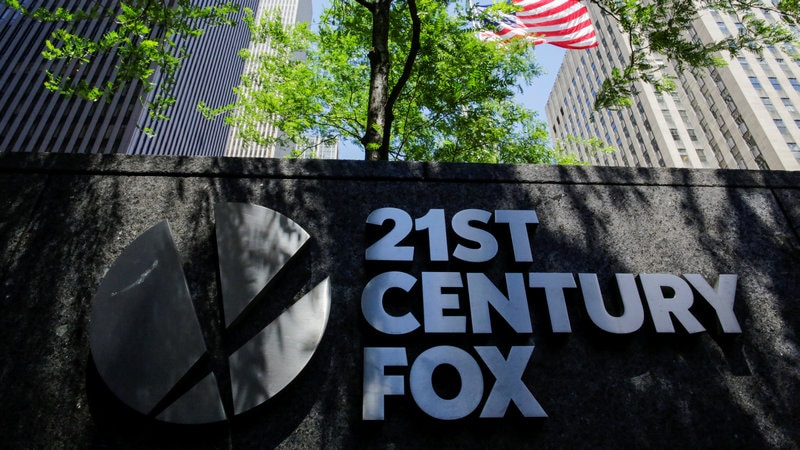 The Fox movie franchises and TV shows have been the subject of a bidding war between Disney and Comcast, both of which want to expand their own entertainment businesses to compete with fast-growing digital rivals Netflix and Amazon.com.

The deal does not include the nationally broadcast Fox News, Fox Business or Fox Sports networks.

If Disney prevails over Comcast, the combination would expand Disney's unrivaled portfolio of some of the world's most popular characters, uniting Mickey Mouse, Luke Skywalker and Marvel superheroes with Fox's X-Men, Avatar, and The Simpsons franchises.

Disney owns ABC, Pixar, Marvel Studios, and Star Wars producer Lucasfilm, plus an array of theme parks. The Fox assets being acquired include a cable group that includes FX Networks, National Geographic and 300-plus international channels plus Fox's stake in Hulu.

Together, Fox's regional sports networks have about 61 million subscribers and have rights to broadcast live games of 44 of 91 US professional sports teams in three of the four major sports leagues.

The Justice Department said that without the divestitures, "the proposed acquisition would eliminate the substantial head-to-head competition that currently exists between Disney and Fox and would likely result in higher prices for cable sports programming."

Disney's agreement with the government could be a setback for Comcast, which has yet to respond to Disney's latest offer for Fox, unveiled last week. Comcast, whose offer is worth $65 billion (roughly Rs. 4.47 lakh crores), declined to comment.

Disney said it was "pleased" with the agreement reached with the Justice Department and said it looked forward to creating "even more compelling consumer experiences."

Analysts have antitrust concerns about Comcast's competing bid, which would add Fox's movie and TV studios to Comcast's NBC Universal. Chief Executive Brian Roberts had said that Comcast was willing to offer the same conditions as Disney and promised to fight for the deal in court if necessary.

The sports networks could attract a variety of bidders among technology and media companies looking to get their hands on live sports, sources said, although the industry-wide growth of these local sports networks has declined in the past few years as more viewers cut the cord on traditional cable packages.