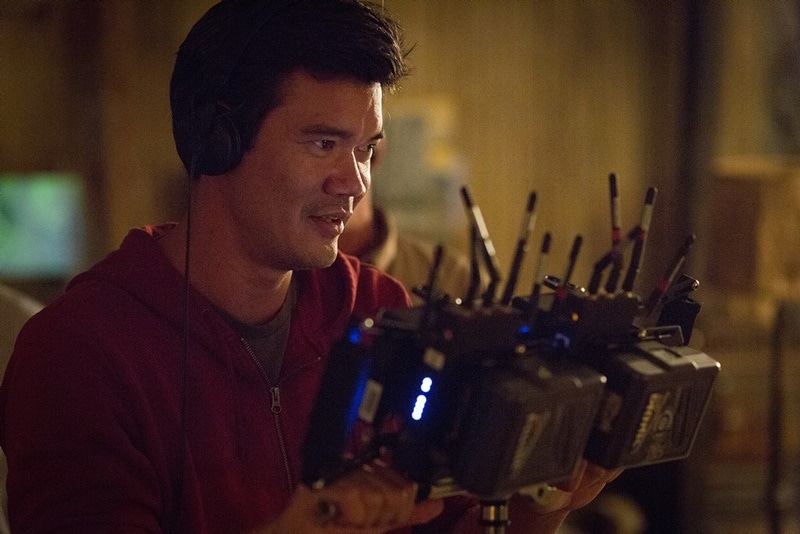 Destin Daniel Cretton on the sets of The Glass Castle

Marvel Studios has reportedly tapped Short Term 12 writer-director Destin Daniel Cretton to helm Shang-Chi, which would be its first superhero movie with as Asian character in the lead. This follows the report from December that said Marvel had hired Dave Callaham (Wonder Woman 1984), an American writer of Chinese descent, to script the film. No actor is yet attached to Shang-Chi and there's no official word from Marvel, since the studio isn't currently talking about its future slate post Spider-Man: Far From Home. But the earlier report did say Shang-Chi was being “fast-tracked” so we might have more in a few months.

Deadline and The Hollywood Reporter bring word of the new development, with the latter noting the Japanese-American Cretton was one of four in the running to nab the Shang-Chi project, alongside Justin Tipping (Dear White People), Alan Yang (Master of None), and Deborah Chow (The High Cost of Living). Cretton has worked with Captain Marvel star Brie Larson three times, including on his best-known work Short Term 12 in 2013, the 2017 biopic The Glass Castle, and the upcoming 2020 biopic Just Mercy, which is currently filming and also stars Black Panther star Michael B. Jordan.

In the Marvel comics, Shang-Chi is born in China to a Chinese father and an American mother. He is trained as a martial arts assassin by his father but eventually rebels and turns into a hero. The character was created in December 1973, around the time martial arts films became popular in the West. Callaham is said to modernise the outdated and stereotypical aspects of the character that were prevalent in that era, while Marvel Studios is looking to assemble a cast full of Asian-Americans and Asians, hoping to emulate the success of Black Panther.

Not only did its first African-American superhero lead generate over $1.3 billion at the worldwide box office, Black Panther also got Marvel Studios its first nominations at the Oscars, including for Best Picture. The film won three Oscars ultimately.

Shang-Chi is one of several projects reportedly in the works at Marvel, including the standalone Black Widow film starring Scarlett Johansson and directed by Cate Shortland (Lore), expected to begin filming in June; The Eternals, written by Matthew and Ryan Firpo, and with Chloé Zhao (The Rider) as director, reported to enter production in August; a Black Panther sequel from writer-director Ryan Coogler, and a Doctor Strange sequel from director Scott Derrickson; and Guardians of the Galaxy Vol. 3, which has reportedly been delayed to 2021.