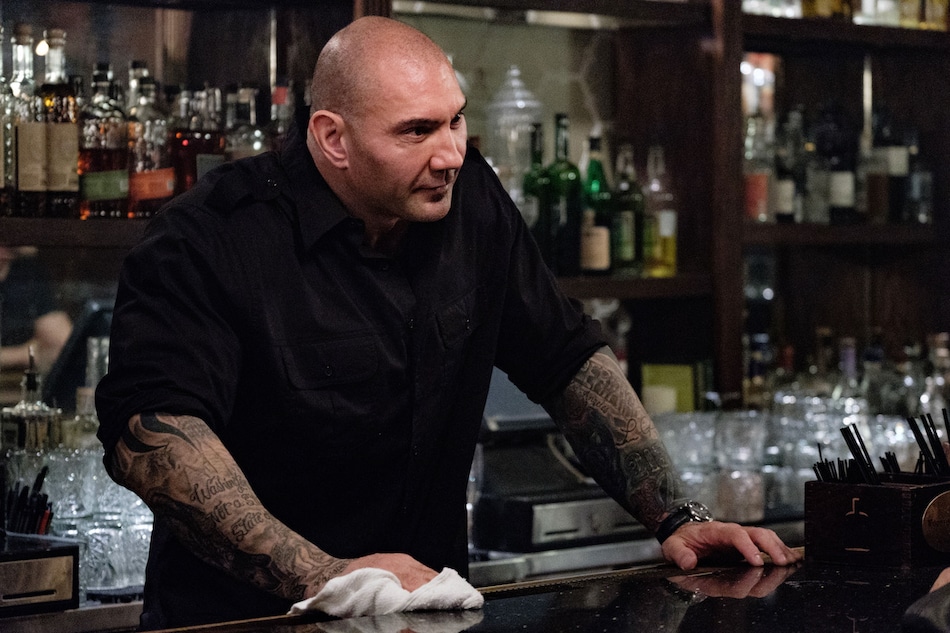 Dave Bautista has reportedly joined the cast for Knives Out 2, the whodunit sequel from writer-director Rian Johnson that stars Daniel Craig in the lead as private detective Benoit Blanc. There's no word on whom Bautista will be playing, though it seems a good guess that his character will have something to do with the murder mystery at the core of Knives Out 2. Bautista is best known for playing Drax the Destroyer in the Guardians of the Galaxy film series, a role he reprised in Avengers: Infinity War and Endgame. He will be next seen in Zack Snyder's zombie heist movie Army of the Dead, out April 21 on Netflix.

Deadline brings word of Bautista joining the Knives Out 2 cast, noting that there were no details available on his character or the sequel's plot. Netflix also offered no comment. On Knives Out 2, Bautista will be reunited with Spectre co-star Craig where he played the titular crime organisation's top assassin. Bautista had a short-lived stint in the Bond franchise and he will likely operate in a similar capacity in the Knives Out series, given Johnson has indicated that he will have Craig's Benoit Blanc solving a new case in each instalment, featuring a new large ensemble of suspects as we saw in the original — and in keeping with the series' case-by-case Agatha Christie inspirations.

Knives Out 2 becomes yet another major franchise for the former WWE wrestler. Apart from the Marvel Cinematic Universe and the Bond film series, Bautista also had a role in Blade Runner 2049, the 2017 sequel to the cult sci-fi classic. Bautista will also be reunited with Blade Runner 2049 director Denis Villeneuve in his reboot of the epic sci-fi book Dune, slated to release October 1 in cinemas worldwide. And then in 2022, Bautista will reprise his role of Drax in Thor: Love and Thunder alongside Chris Hemsworth, Natalie Portman, and Christian Bale. He will also be seen as Drax in 2023's Guardians of the Galaxy Vol. 3 from writer-director James Gunn.

Netflix has yet to set a release date for Knives Out 2. Filming begins in summer 2021 in Greece.