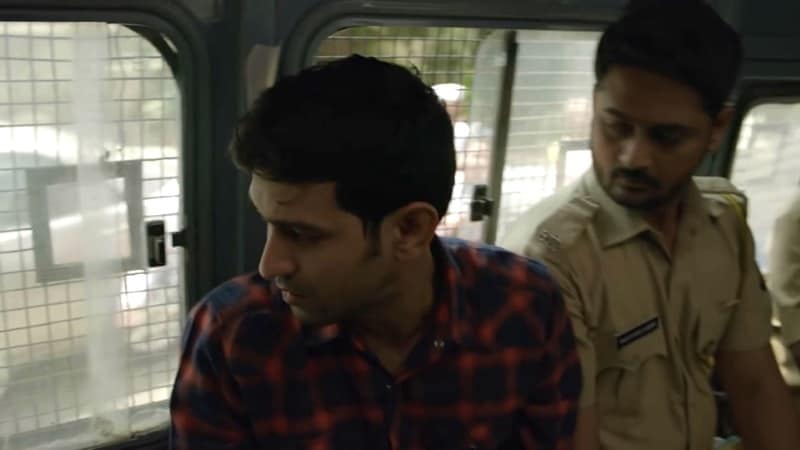 Hotstar has released the trailer for Criminal Justice, its first scripted series under the new ‘Hotstar Specials' banner, which also comes with a release date: April 5, 2019. Based on the 2008-09 BBC series of the same name, the Indian version of Criminal Justice stars Vikrant Massey (A Death in the Gunj), Pankaj Tripathi (Gangs of Wasseypur), Jackie Shroff (Hero), Anupriya Goenka (Padmaavat), Gaurav Dwivedi (Inkaar), Mita Vashisht (Rahasya), and Rucha Inamdar (Bhikari) among others. Tigmanshu Dhulia (Paan Singh Tomar) and Vishal Furia (Lapachhapi) have directed Criminal Justice, off a script by Shridhar Raghavan (C.I.D.). Criminal Justice is a production of Applause Entertainment, the content studio from the Aditya Birla Group.

There are two different versions of the new Criminal Justice trailer: a full-length version available on Hotstar and Twitter, and a rushed half-minute one over on YouTube. Both set up the basic premise of the show, that of a cab driver (Massey) who has a one-night stand with an intoxicated passenger (Goenka), and then wakes up to find her dead. After he's charged with her rape and murder by the police — he has no memory of the events himself — a defence lawyer (Tripathi) steps in to plead his case, noting that the cab driver has no past record and hails from a good family.

A one night stand turns into a nightmare for Aditya, when he wakes up with blood on his hands. Is he #GuiltyorNot? #CriminalJustice, coming to #HotstarSpecials on 5 April. pic.twitter.com/e1nFcMK1ik

Hotstar's Criminal Justice has a high bar to clear, given it is not only drawing straight off a critically-acclaimed series, but also competing with the recent memory of its American HBO remake, The Night Of. Peter Moffat wrote the original five-episode British version for the BBC in 2008, starring Ben Whishaw (Spectre), which went on to win two BAFTA TV Awards and an International Emmy. Then in 2016, Richard Price and Steven Zaillian cast Riz Ahmed (Rogue One) and John Turturro (Do the Right Thing) in The Night Of, which won five Emmys, including Best Actor for Ahmed.

Criminal Justice will release April 5, 2019 on Hotstar. It's the second new original under Hotstar Specials, after M.S. Dhoni docu-drama Roar of the Lion, with more to follow, including remakes of The Office and Israeli series Hostages.