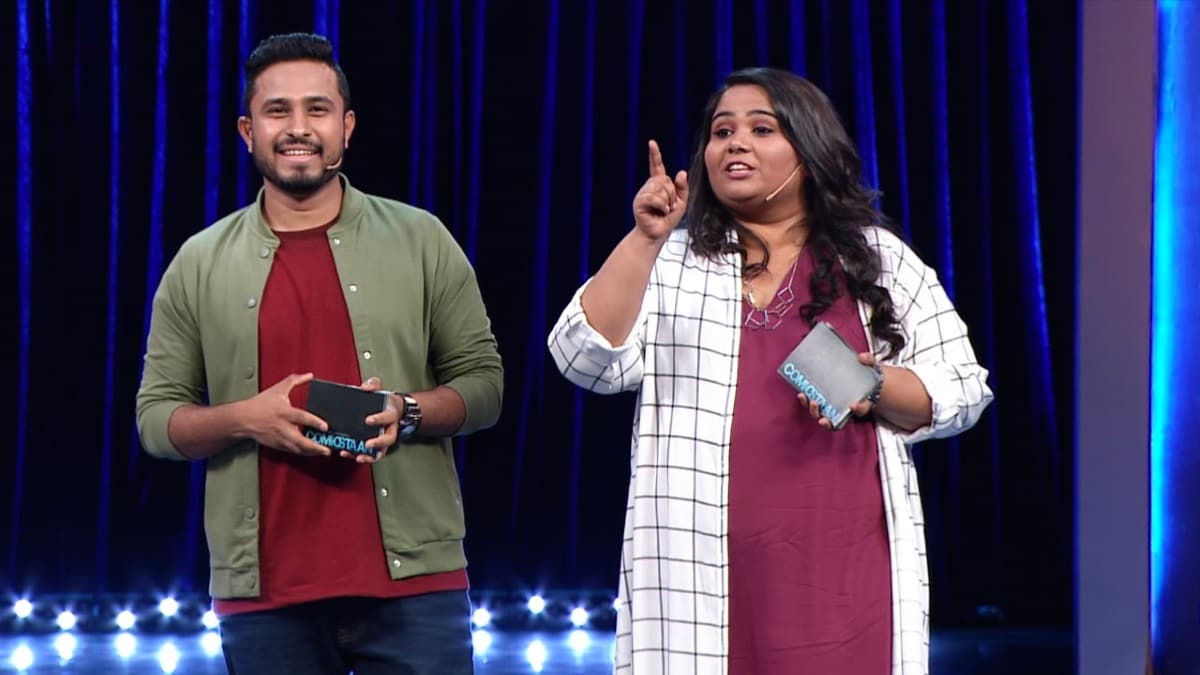 Amazon Prime Video has set a July 12 release date for the second season of Comicstaan, the stand-up comedy reality competition series that counts the likes of Kanan Gill, Kenny Sebastian, Biswa Kalyan Rath, Kaneez Surka, and Zakir Khan as judges and mentors. Sumukhi Suresh and Neeti Palta will also serve in that capacity on Comicstaan season 2, per IMDb data, which also states that Abish Mathew and Urooj Ashfaq will be the hosts. Ashfaq replaces Suresh in the role, who was a host on Comicstaan season 1.

Comicstaan season 2 will run for a total of eight episodes, with the seven judges using one episode each to train the contestants in observational, anecdotal, improv, topical, sketch, impromptu, and alternative. The finale will then bring everyone together. That's similar to the format that was used on the first season.

There's no sign of Sapan Verma and Naveen Richard, who served as judges and mentors on Comicstaan season 1. Suresh and Palta seem to be their replacements, though they were never officially announced, unlike Khan, who was added to the Comicstaan season 2 lineup last August alongside the renewal announcement.

If you're wondering why there's no sign of Tanmay Bhat, he was dropped by Amazon in November over #MeToo concerns. Bhat was ousted from All India Bakchod, the sketch comedy group he co-founded, over allegations of inaction over sexual harassment in October. AIB was effectively dissolved shortly after.

The reality show was a big success for Amazon Prime Video last year, with the streaming service claiming that it was the most streamed original in India upon its launch. Mirzapur later stole that crown. Back in February, Amazon said that Comicstaan would be getting a Tamil spin-off, which will also be created and produced by Only Much Louder (OML), the company that manages the original.

Comicstaan season 2 is out July 12 on Amazon Prime Video in India.