More comedians, more (vintage) cars, and more coffee. What did you expect? 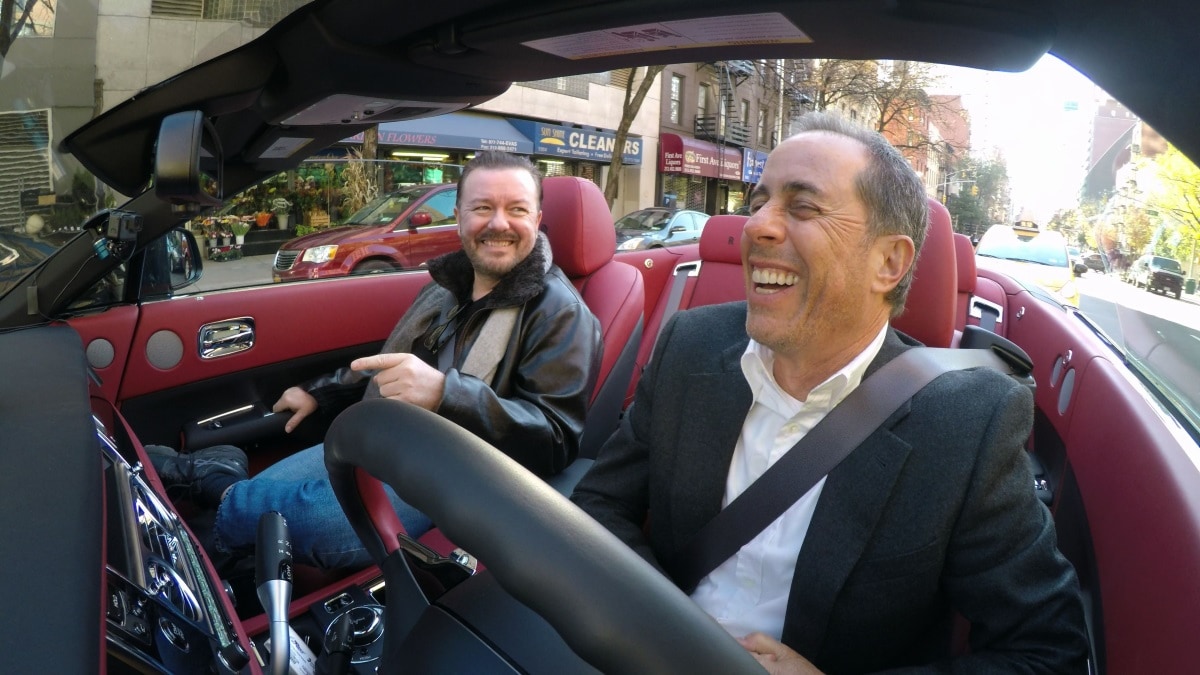 Jerry Seinfeld is back with another batch of Comedians in Cars Getting Coffee, the talk show in which the famous comedian (usually) does what the title says. Per the official description, it “combines coffee, laughs, and vintage cars into quirky, caffeine-filled adventures with the sharpest minds in comedy.” For its eleventh season — officially titled “Comedians in Cars Getting Coffee: New 2019: Freshly Brewed” — Seinfeld has eleven guests lined-up, poetically. They are Eddie Murphy, Seth Rogen, Ricky Gervais, Matthew Broderick, Jamie Foxx, Sebastian Maniscalco, Martin Short, Mario Joyner, Melissa Villaseñor, Bridget Everett, and Barry Marder. All 11 episodes are now streaming on Netflix.

Here's a (mini) crash-course on the guests. Murphy is known for films such as The Nutty Professor and Coming to America. Rogen is also an actor and producer, who voices Pumbaa in The Lion King remake. Gervais created the British original The Office, Broderick was the title character in Ferris Bueller's Day Off, and Foxx is known for leading Django Unchained. Maniscalco is a long-time comic now moving into movies with Green Book. Short is famous for Three Amigos. Joyner is Seinfeld's long-time collaborator and a regular appearance on The Chris Rock Show. Villaseñor is a cast member on Saturday Night Live. Everett starred in Patti Cake$, and Marder is also a writer, known for Letters from a Nut books.

Season 11 of Comedians in Cars Getting Coffee is the second new season of Seinfeld's talk show on Netflix, after it moved from its earlier home, Sony-owned Crackle, where it had released 60 episodes across nine seasons between 2012 and 2017. All episodes — except for the one where Jason Alexander stars as his Seinfeld character George Costanza — moved to Netflix after the streaming service acquired it, where the nine seasons were reorganised in four different collections. The tenth season, New 2018: Freshly Brewed — released in July last year — was its own collection.

Comedians in Cars Getting Coffee: New 2019: Freshly Brewed is out now. There's no word on a twelfth season as yet, but it's expected in 2020.

New seasons of Netflix shows are released at 12am PT, which translates to 12:30pm IST from mid-March to early November.