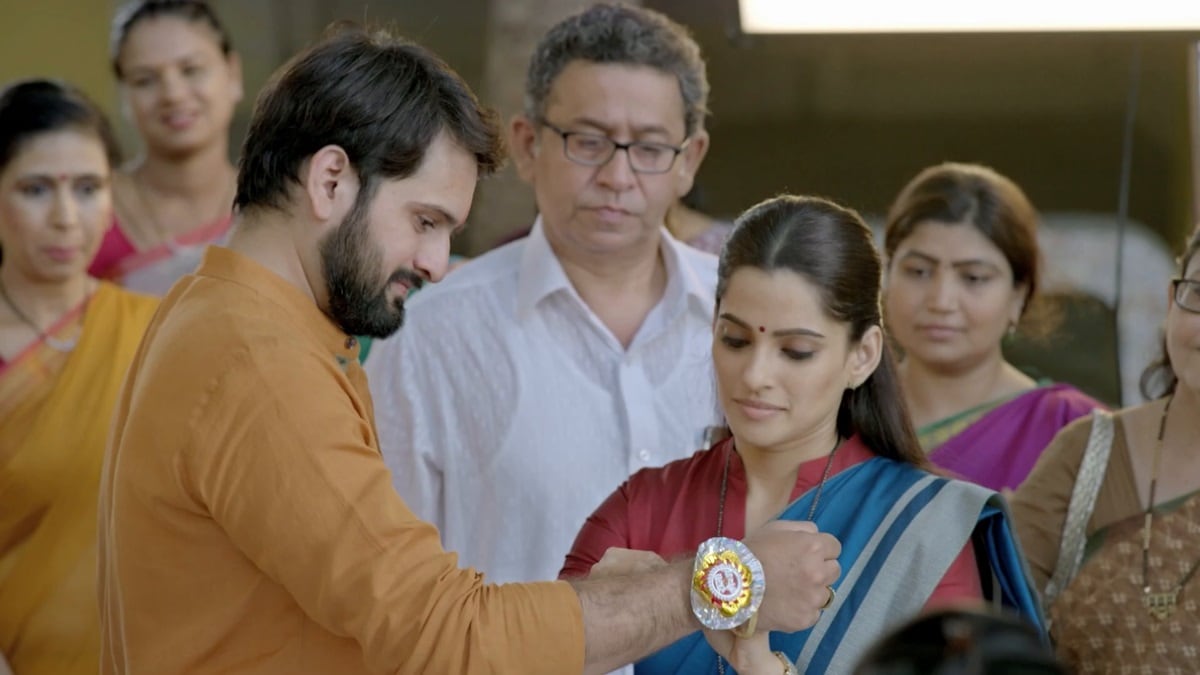 Siddharth Chandekar as Ashish, Priya Bapat as Poornima in City of Dreams

Hotstar has released the trailer for City of Dreams, its second scripted series under the new ‘Hotstar Specials' banner, which also comes with a release date: May 3. Created and directed by Nagesh Kukunoor (Dhanak), City of Dreams is a 10-episode Mumbai-based political drama that centres on two siblings, Poornima (Priya Bapat) and Ashish (Siddharth Chandekar), in the Gaikwad political family. The two vie for control and the position of the ‘rightful heir' after an assassination attempt on their influential politico father, Ameya Rao (Atul Kulkarni). With the 2019 Indian general election currently in full force, Hotstar seems to be betting that the charged political environment will drive a boost in viewership.

As with Criminal Justice, there are two different versions of the new City of Dreams trailer: a full-length version available on Hotstar and Twitter, and a rushed half-minute one over on YouTube. Hotstar is clearly trying to get the audience to even watch trailers on its platform, since its revenue also rests on a massive advertising network in addition to subscription money. The Disney/Star India–owned streaming service, which runs on a freemium model, also claims that it's the biggest in the country with over 300 million monthly active users.

An assassination attempt leaves the father's throne vacant. Who is the rightful heir-his son or his daughter? Watch politics consume a family in the deadliest #SiblingRivalry on #CityOfDreams. Streaming on May 3.#HotstarSpecials #AbKiBaar #BhaiBehenMeinTakraar #DynastyPolitics pic.twitter.com/ueX0ToMeqy

“I've always enjoyed attempting genres I haven't done before and City of Dreams is one such subject,” Kukunoor said in a prepared statement. “It deals with dynasty politics and the ramifications it has on the entire city. It was terrific working with Applause Entertainment on this project which deals with intertwining stories that affect all strata. With politics being a vital part of the country, I sure hope that the show finds a large audience.”

“City of Dreams has been a very inspiring and rousing journey for me,” Bapat said. “I play the role of a humble and docile housewife who rises to power to defend her father's legacy and to prove herself in the patriarchal setup. I'm glad Applause Entertainment is bringing a strong story forward and Hotstar Specials is a perfect label to present such stories. Working with Nagesh Sir has been a wonderful experience, his understanding of the craft truly helps to essay the role better.”

“With City of Dreams, Hotstar Specials will give the country one of the most intense political dramas,” Chandekar said. “The power of my character, the amount of aggression and arrogance that had to be depicted, required a lot of preparation. It was one of the most noteworthy characters I have played till date. Applause Entertainment and Nagesh Sir have ensured that we do justice to this character."

“City of Dreams is built on Ameya Rao Gaikwad's political legacy which is torn between his daughter, Poornima, and his son Ashish after his sudden incapacitation,” Kulkarni said. “Each character has its own distinctive feature that would surprise the viewers as the plot thickens. It was a pleasure to work with the content team at Applause Entertainment and Nagesh for a stirring political narrative.”

“My immediate connect with City of Dreams was its brilliant writing with a dramatic storyline of a political scenario,” Pilgaonkar, who plays the Chief Minister, said. “With a talented star cast and working together with Applause Entertainment, it has been an amazing journey for me as an actor. I am thrilled that Hotstar is also helping bring forth this stimulating political rendering to the digital consumers.

“The real-life nexus between politics, crime and industry makes for fertile ground to tell a compelling multi-season drama series,” Applause Entertainment CEO Sameer Nair said. “With City of Dreams, we wanted to explore this genre. Triggered by an assassination attempt of a powerful political leader, a chain of events unfold threatening to engulf the entire city in a firestorm of ambition, deceit and revenge. Nagesh has an innate understanding of the craft and has sculpted this high-end political drama with several layers.”

Here's the official synopsis for City of Dreams, via Hotstar:

“Set in Mumbai against the backdrop of Indian politics and elections, the show traces the journey of two siblings — Poornima and Ashish Gaikwad — and their thirst for power. The brother sister duo will stop at nothing in their all-out battle to become the one true heir to their father's legacy. Will it be the son who many believe is the rightful successor and has always been with him in all his political campaigns, or will it be the daughter who is a smart and powerful woman wanting to prove herself in a male-dominated society?”

City of Dreams will release May 3 on Hotstar. It'll be available in seven Indian languages, including Hindi, Marathi, Bengali, Tamil, Telugu, Kannada and Malayalam. It's the third new original under Hotstar Specials, after M.S. Dhoni docu-drama Roar of the Lion, and the remake of Criminal Justice. Applause has two more waiting in the pipeline, which include remakes of The Office and Israeli series Hostages.