The first trailer for Captain Marvel is here. Disney and Marvel Studios have released the premier video tease of its first female-led superhero movie – starring Oscar-winner Brie Larson in the lead – less than two weeks after we got to see her in a set of images. It sketches the film’s premise, that of a former US Air Force pilot named Carol Danvers (Larson) who returns to Earth in the mid-1990s after spending years with an elite alien military team named Starforce, but has trouble recalling her past while being at the centre of a galactic war between two alien factions.

Use the links at the bottom to watch the Captain Marvel trailer in Hindi, Tamil or Telugu

Midway through the first Captain Marvel teaser trailer, a much younger Nick Fury (a digitally, de-aged Samuel L. Jackson) – he’s a low-level officer, far from his days as S.H.I.E.L.D. director and doesn’t yet have the iconic eyepatch – asks Danvers: “So you’re not from around here?” to which she replies: “It’s hard to explain.” The trailer has glimpses of worlds other than Earth, futuristic spaceships belonging to the Kree alien race, Ben Mendelsohn as Talos, leader of the Skrulls who infiltrates S.H.I.E.L.D., and possibly even that pager that Fury used in the post-credits scene of Avengers: Infinity War.

“I am not what you think I am,” Danvers says towards the end, right before we get a shot of her body lighting up like a ball of fire, which offers another peek at her superhuman abilities that include “energy projection and absorption” in the comics. Captain Marvel is not going to be a traditional origin story, with Danvers already having her powers when we first meet her in the film. But given the several tiny flashbacks in the trailer and Danvers trying to put together the pieces of her past while back on Earth, it’s a fair guess that we will see her origin told in some form.

Captain Marvel is slated to release March 8, 2019 in India in English, Hindi, Tamil and Telugu. The character will also be part of the as-yet untitled Avengers 4 in May 2019. 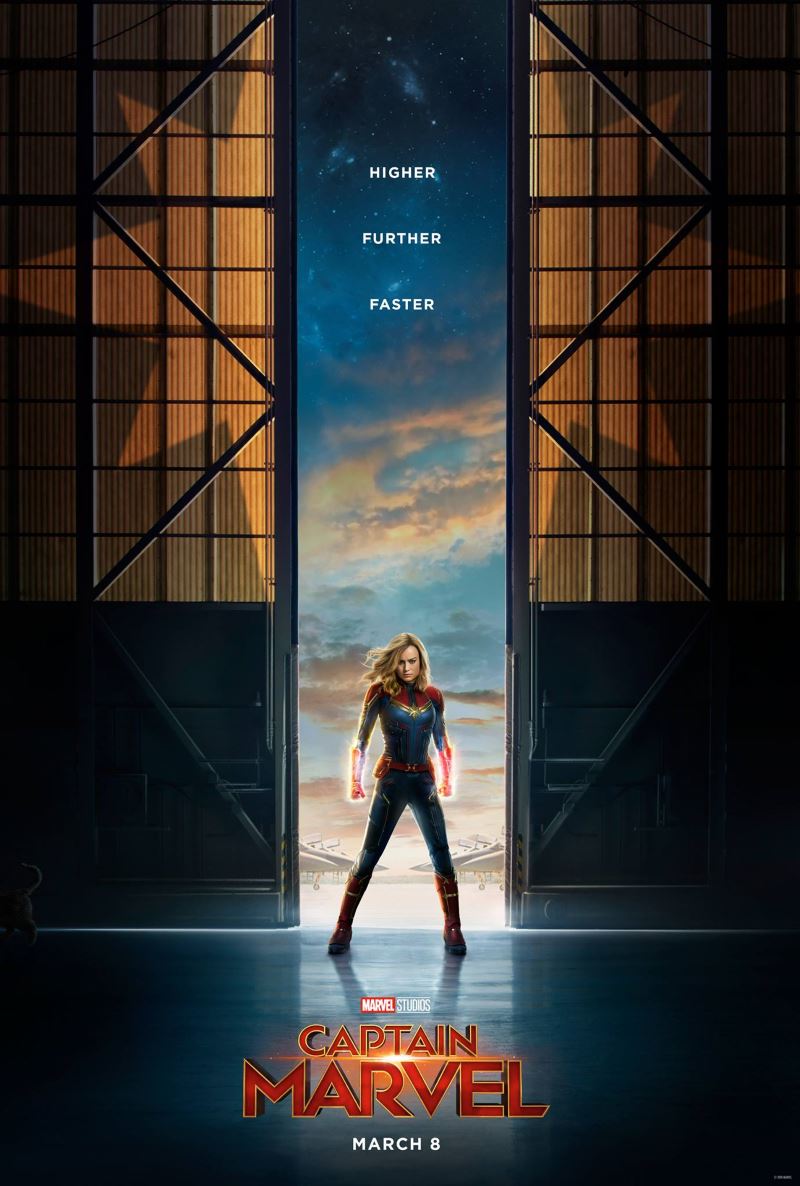 The official poster for Captain Marvel