We have a new India release date for Black Widow: April 30, 2020. Marvel announced Friday that the next film in the Marvel Cinematic Universe, centred on Scarlett Johansson's titular character, will release a day earlier in India. Additionally, Marvel also revealed that the Black Widow movie would have five local language voice dubs in India: Hindi, Tamil, Telugu, Malayalam, and Kannada. This is the first time Disney is releasing a Marvel movie in India in six languages — don't forget English — having first undertaken that task with Terminator: Dark Fate, which released earlier in November.

In the works for several years, Black Widow was officially confirmed at the 2019 San Diego Comic-Con back in July, with a global release date of May 1, 2020. In addition to Johansson as Natasha Romanoff, the standalone Black Widow movie stars David Harbour (Stranger Things) as Alexei Shostakov / Red Guardian, the Russian counterpart of Captain America in the comics; Florence Pugh (Lady Macbeth) as Yelena Belova / (second) Black Widow, a sister-figure to Romanoff; O-T Fagbenle (The Handmaid's Tale) as Mason, a S.H.I.E.L.D. ally and Romanoff's love interest; and Rachel Weisz (The Favourite) as Melina / (third) Black Widow, a seasoned spy.

Robert Downey Jr. will reprise his role as Tony Stark / Iron Man in Black Widow as well. If that's confusing, given what happened in Avengers: Endgame earlier this year, it's because the Black Widow movie is set after the events of 2016's Captain America: Civil War. Behind the scenes, Cate Shortland (Lore) is directing Black Widow, off a script by Jac Schaeffer and Ned Benson.

Filming began on Black Widow in May in Norway and the UK, and moved to Budapest, Hungary in June, and then Georgia, USA and Morocco in following months. Production wrapped up in October. Black Widow is one of six Marvel movies in Phase Four of the MCU, alongside The Eternals in November 2020, Shang-Chi and the Legend of the Ten Rings in February 2021, Doctor Strange in the Multiverse of Madness in May 2021, a sequel to Spider-Man: Far From Home in July 2021, and Thor: Love and Thunder in November 2021. 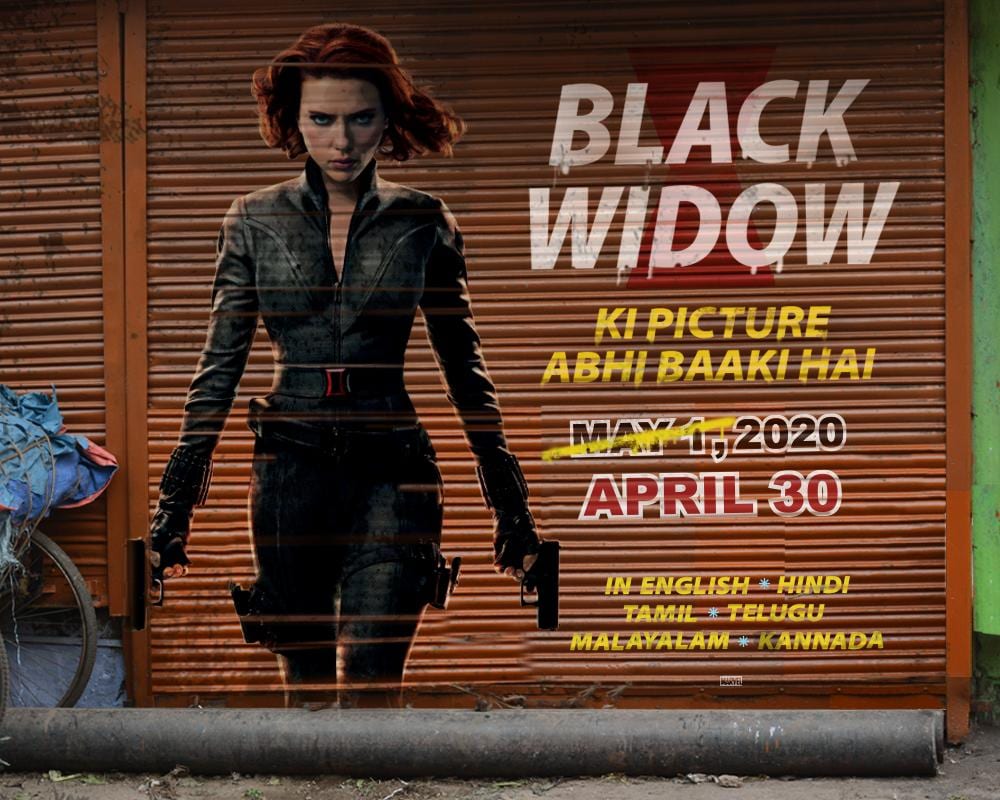 Further reading: Black Widow, Marvel, MCU, Disney, Disney India, Scarlett Johansson
Akhil Arora Email Akhil
Akhil Arora covers entertainment for Gadgets 360, interviewing stars such as Christian Bale and Anurag Kashyap, covering series premieres, product and service launches across the globe, and looking at American blockbusters and Indian dramas from a global socio-political and feminist perspective. As a Rotten Tomatoes-certified film critic, Akhil has reviewed over 150 movies and TV shows in over half a decade at Gadgets 360. When he is not completely caught up with new film and TV releases, Akhil ...More
Black Friday 2019 Turns 'Block Friday' as French Activists Bar Access to Amazon Depot
Black Friday 2019 Sales: The Best Tech Deals You Can Grab From India