Ryan Coogler will return to write and direct Black Panther 2. 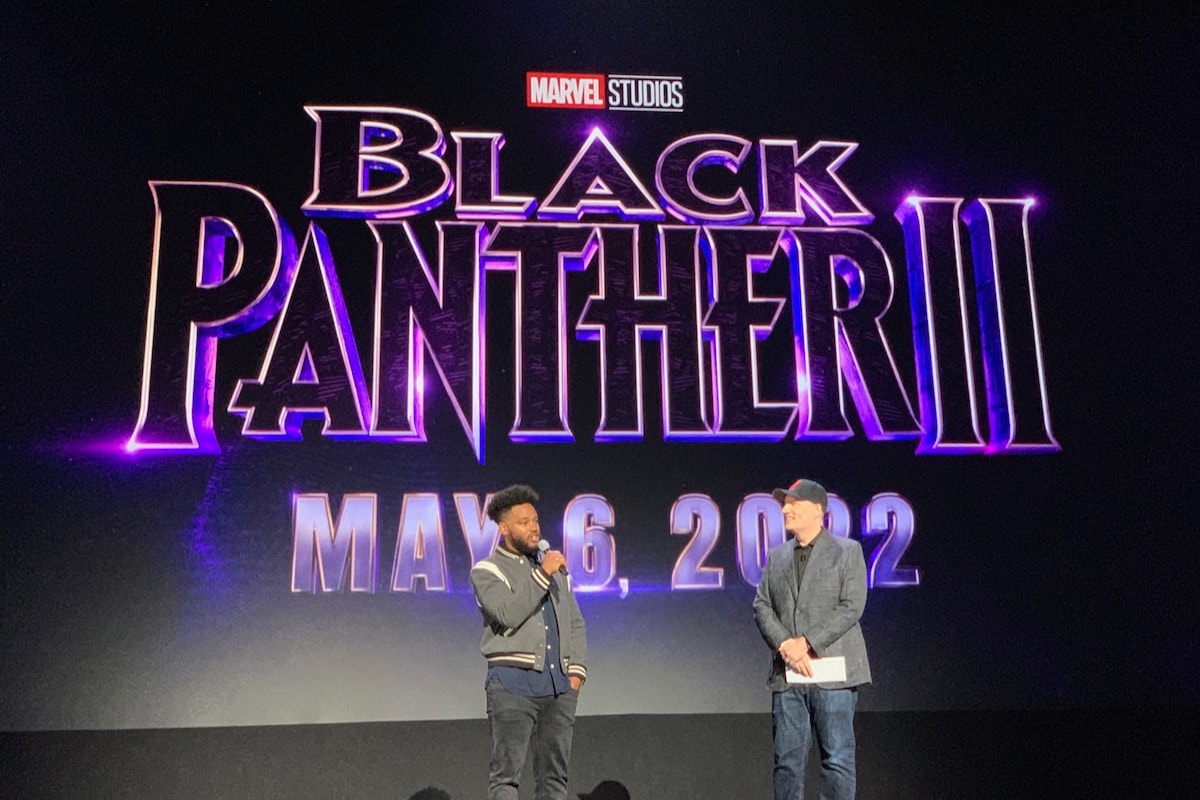 Black Panther 2 is now official. At Disney's D23 Expo in California on Saturday, Marvel Studios president Kevin Feige announced that a sequel to Black Panther would be part of Phase 5 of the Marvel Cinematic Universe. The release date is May 6, 2022. Chadwick Boseman will return in the title role, with Ryan Coogler also returning as writer and director. Black Panther 2 was a given considering the critical and outsized commercial success of the first film: a 97 percent fresh rating on reviews aggregator Rotten Tomatoes, a worldwide box office gross of over $1.3 billion, and the first MCU film to win an Oscar.

Coogler was reportedly hired to write and direct Black Panther 2 in October last year, and Feige had said last month that Coogler had been working on the script. The film is said to be planning to begin filming in late 2019 or early 2020. Though there's no word on the cast beyond Boseman, the likes of Lupita Nyong'o, Danai Gurira, Daniel Kaluuya, Letitia Wright, Winston Duke, and Angela Bassett are expected to return, given their importance to the world of Wakanda, and presence in Avengers: Infinity War and Avengers: Endgame.

Black Panther 2 will release May 6, 2022 in cinemas worldwide.